Why Volkswagen’s Emissions Scandal Has No End 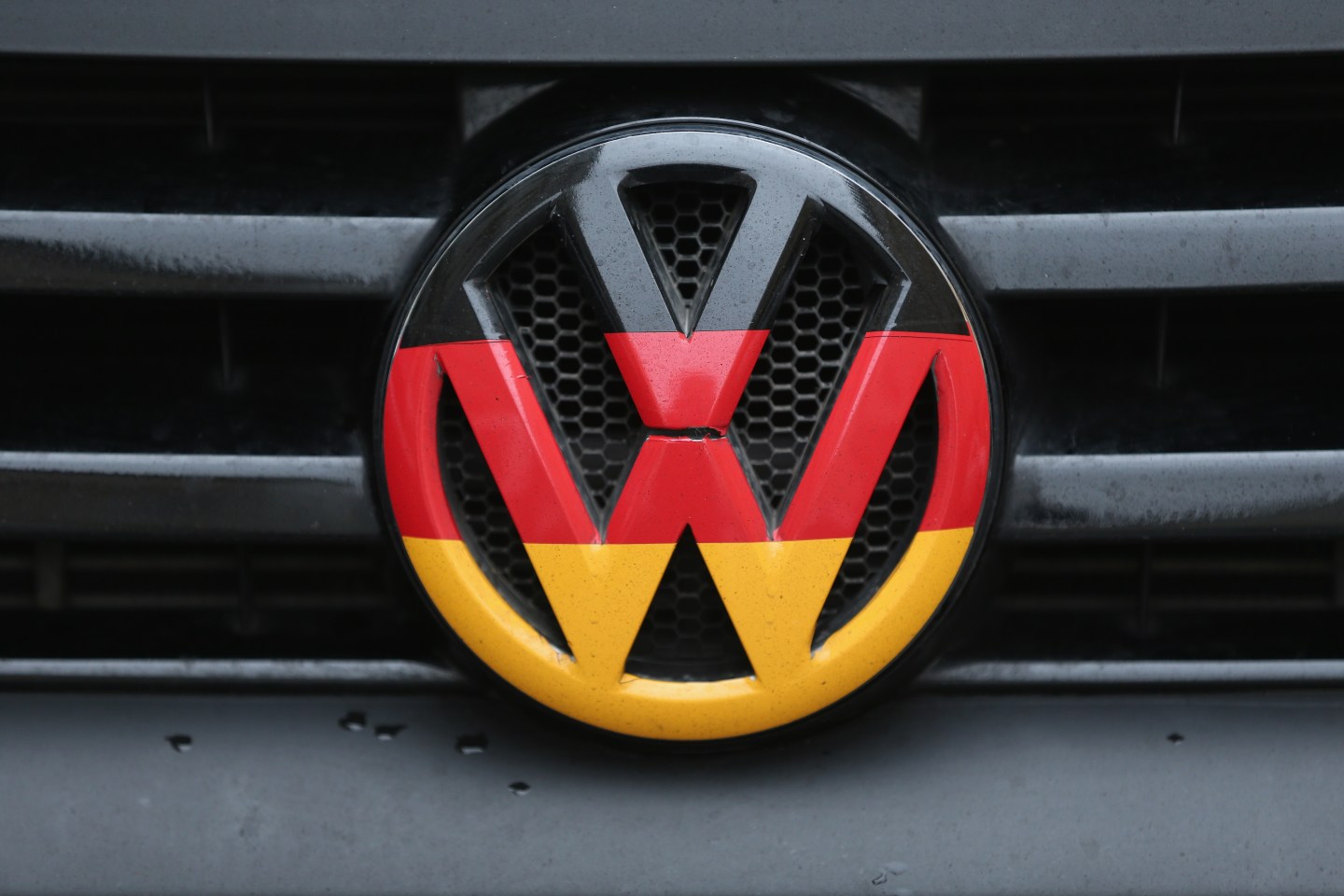 A Volkswagen logo and hood ornament in the colors of the German flag is visible on the front grille of a car on December 17, 2015 in Berlin, Germany. Volkswagen is continuing to struggle with the consequences of its emissions cheating scandal, in which the company admitted it had installed software designed to deliver manipulated results for nitrous oxide emissions during testing conditions in 11 million of its diesel-engine cars worldwide.
Photograph by Sean Gallup—Getty Images

The astonishing Volkswagen emissions scandal yesterday took another expensive step down its extremely long path to eventual resolution, as the company agreed to pay $4.3 billion to resolve the Justice Department’s criminal and civil investigation of the matter. That’s on top of $14.7 billion it previously agreed to pay to settle civil claims in the U.S. and $1.2 billion it agreed to pay to settle claims by U.S. dealers. Yet this mess is still nowhere near over. German prosecutors are investigating the company for criminal violations, and other European nations plus South Korea could still take action. Last weekend the F.B.I. arrested a VW executive, Oliver Schmidt, in Florida and charged him with conspiracy in the effort to mislead U.S. regulators. This debacle is 16 months old and could drag on for years more.

How come? Giant corporations make all kinds of terrible mistakes and typically put the matter behind them much faster than this. Why can’t VW do the same? The answer is that VW’s mistake and the company’s handling of it are highly unusual in today’s business and social environment, and this difference from other scandals hasn’t been sufficiently remarked upon.

It’s this: VW’s engineers, with the approval of managers, set out to do on a massive scale something that was clearly illegal and ethically wrong. There is no innocent explanation. The plan to make VW vehicles cheat on emissions tests didn’t start out small and get out of hand, nor was it some kind of technical error that took time to track down. It was an explicit, carefully planned, years-long scheme to deceive regulators as well as the buyers of 11 million vehicles. We know that higher-level managers knew about the scheme; we just don’t yet know how high up they were.

Once U.S. authorities had accumulated so much evidence of the deception that VW could no longer deny it, the company behaved in exactly the opposite of the proper way. It should have acknowledged its mistakes, pledged to root out and remedy the causes of the scandal, and acted as fast as it could to start making things right with consumers, dealers, and regulators. That course would have served its shareholders and employees much better. Instead, it grudgingly admitted only what could not be denied. When regulators later accused VW of installing the so-called defeat devices in more vehicles than originally thought, the company flatly denied doing so – until authorities produced the evidence. VW wasn’t behaving like a responsible modern company. It was behaving like the Soviet Union.

Long ago, CEOs didn’t like to talk about corporate culture. It was soft, squishy, unmeasurable – not the kind of thing a CEO could be concerned with. Today virtually every CEO knows that culture is central to an organization’s success or failure. Volkswagen is already one of the all-time great case studies in how not to manage a scandal. In the years ahead it will also be an even more important case study in how to transform – or not – a rotten culture.