Hiring and firing lessons from the Toshiba scandal 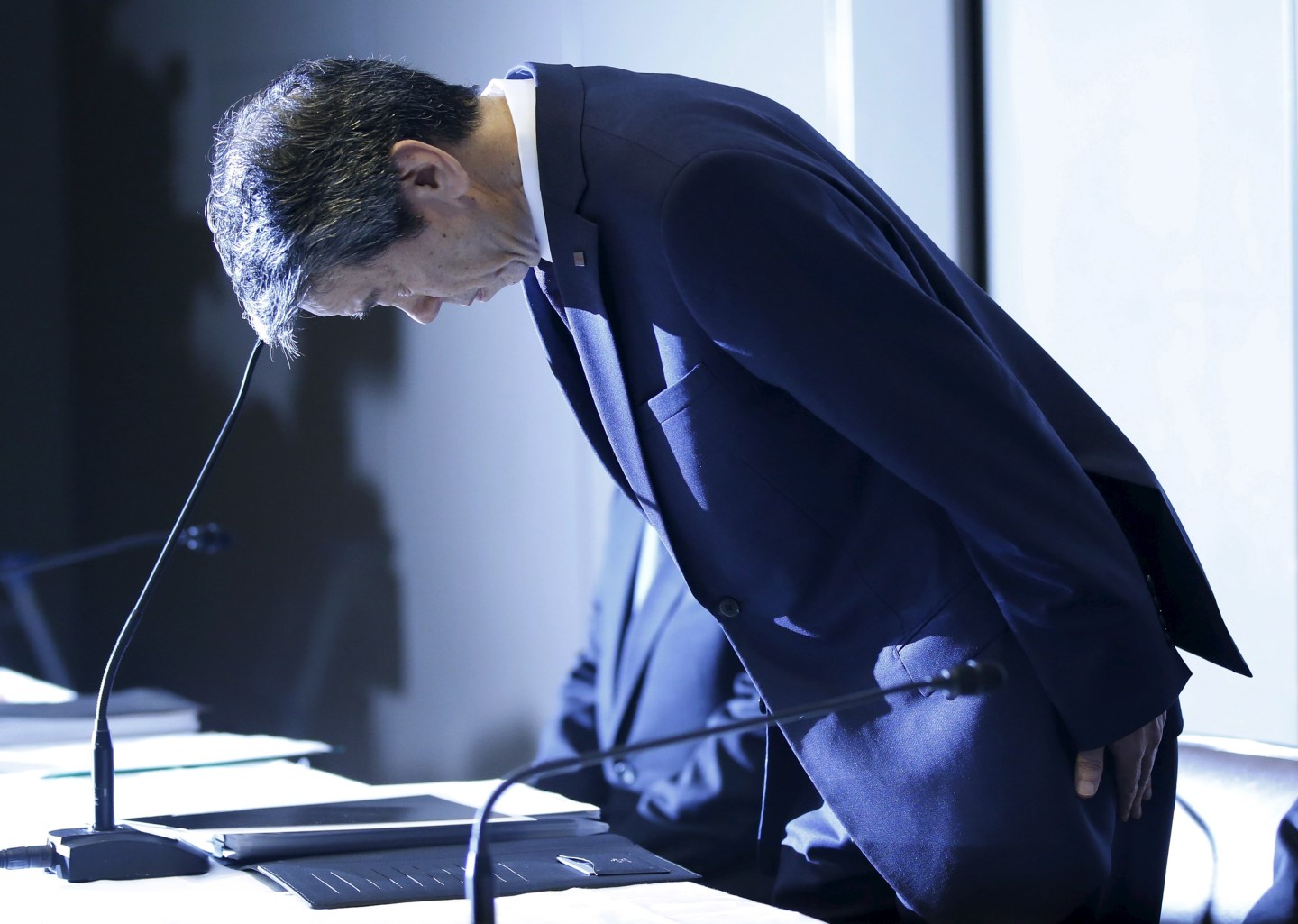 Toshiba president and CEO Hisao Tanaka at a news conference at company headquarters in Tokyo on Tuesday, the day he resigned.
Photograph by Toru Hanai — Reuters

So said Mr. Bernstein about Charles Foster Kane in Orson Welles’ Citizen Kane, written by Welles and Herman J. Mankiewicz. Kane lost everything he held dear—his friends, his family, and his self-respect—because accumulating wealth was more important to him than integrity.

I’m reminded of Bernstein’s observation in light of the latest corporate scandal, this one involving the Japanese business colossus Toshiba. As Geoffrey Smith reported in Fortune this week, Toshiba’s CEO and president Hisao Tanaka resigned after investigators discovered that since 2008 the company had intentionally overstated its profits by a factor of three. Smith quotes the investigator’s disturbing report: “Toshiba had a corporate culture in which management decisions could not be challenged … Employees were pressured into inappropriate accounting by postponing loss reports or moving certain costs into later years.”

At its core, the Toshiba scandal is about the failure to take character seriously in the workforce. But it’s not too late for Toshiba to, as my high school band director Melvin Meads used to tell me, “straighten up and fly right.” Your own organization would do well to heed the following three guidelines for avoiding a Toshiba-like mess.

Employers generally look at two areas in a job candidate’s profile: knowledge and skill. Toshiba is no different in this regard. Take a look at the job listings on the company’s website, and you’ll see plenty of examples of this.

I selected one at random: sales representative. No one can deny that sales reps need to know something about business and be able to communicate effectively. But judging by the job description, these qualities appear to be all that one needs to do the job well.

That’s not true, however. A good sales agent, in the deepest, most meaningful sense of “good,” is also honest, accountable, and courageous. In other words, he or she is a person of high character.

Would you really want your sales team to be made up of men and women with great communication skills and superior business acumen but who were also dishonest, irresponsible, and unwilling to stand up to a corrupt client? Of course not. Why, then, aren’t honesty, accountability, and courage listed in the job description?

And it’s not only sales reps who ought to be people of integrity. The same applies at every level of the organization. Without scrupulous regard to character, companies run the risk of hiring candidates who are solely driven, like Charles Foster Kane, by the bottom line. And that’s exactly the kind of thinking that got Toshiba intro trouble.

Focusing obsessively on knowledge and skills is a problem in most companies in every field. Taking character as well as competence into account is one way to hire better people.

Last fall I consulted with a Fortune 100 company, and a lunchtime presentation by the CEO left me awestruck. He introduced five employees who had demonstrated high character in one way or another. A young man whom I’ll call Emiliano had found a diamond ring worth $15,000 in the store’s parking lot. He spent a considerable amount of time tracking down its owner, who was beside herself with joy upon getting the ring returned.

Emiliano’s humility, a trait I discussed in an earlier Fortune column about Taylor Swift, was especially touching. “I was just doing my job,” he told a packed auditorium. I’m sure I wasn’t the only one in that room who thought, “I want to be like that guy.”

Emiliano received a prestigious award, a bonus, and a standing ovation from his peers. The CEO makes sure that employees see how important honest and humble people are to the success of the business. You can bet that Emiliano is on the fast track at that company for a promotion.

Imagine if Toshiba—and your organization too?—paid this kind of attention to the character of its employees when making decisions about who to promote.

Jenn Lim is the CEO of Delivering Happiness, a company she founded with Zappos.com CEO Tony Hsieh. She shows business leaders around the world about how to build successful teams, and I was fortunate to hear her moving speech earlier this week at the annual convention of the National Speakers Association. “Hire slowly, fire quickly,” Lim advises, and adds that both activities should be based on the company’s values.

But as Toshiba’s recent history demonstrates, sometimes a company’s values are dishonorable.

One value that is essential for the long-term success of any organization is honesty.

In the early ’90s, I took a weeklong leadership seminar at the Gallup Institute in Lincoln, Nebraska. Its owner at the time, the late, great Donald O. Clifton (whose protégées include Tom Rath and Marcus Buckingham), told my class that Gallup fires an employee who fudges data, even if that employee has done this only once.

Isn’t this response rather harsh?

Alan Murray, Fortune’s editor, doesn’t think so. A company’s greatest asset, he told me, is the trust that people have in it, so “anything that has the potential to damage that public trust is an existential threat to the center’s work.”

“When you think about what makes brands powerful,” he continued, “it’s all about trust. The public has a certain understanding that what they’re getting when they see that brand is something they can count on … I see maintaining the public’s trust as my highest purpose.”

Dishonesty in an employee is a death knell in every field, not just business. Jay Townsend, a political consultant and the author of The 10 Worst Mistakes Candidates Make, says that people who embellish their resumes set themselves up for a nasty fall.

“I worked on a race in Kentucky once and reviewed the resume of one of the candidates who was running for U.S. Congress” Jay told me via Skype Friday morning. “He was a sitting state senator, and he said he’d graduated from the U.S. Naval Academy with both an undergraduate and a master’s degree in computer science. When I called the Academy to verify this, I was told, ‘I’m sorry, sir, but this person never graduated from here. He was here for one semester and dropped out. We don’t even offer a master’s degree in computer science.’”

“The man had been lying for years,” Jay said. “When voters learned that, he was cooked. He was running as a Republican in one of the most Republican districts in the country. He lost, and it wasn’t even close. ”

Just as it’s a mistake to look only at a job candidate’s knowledge and skill when making hiring or promoting decisions, it’s also wrong to fire employees only because their performance is lacking. The citizens of Kentucky essentially fired a government official for lying. How might Toshiba have avoided its current problems if it had gotten rid of the dishonest people in its midst (including its CEO) earlier?

It’s easy say that smart companies should hire, promote, and fire for character as well as knowledge and skill. What does this mean, however, in practical terms?

In future columns for Fortune’s leadership channel, we’ll look at 10 qualities that high-character employees possess and how companies can determine the degree to which job candidates and current employees possess these qualities.