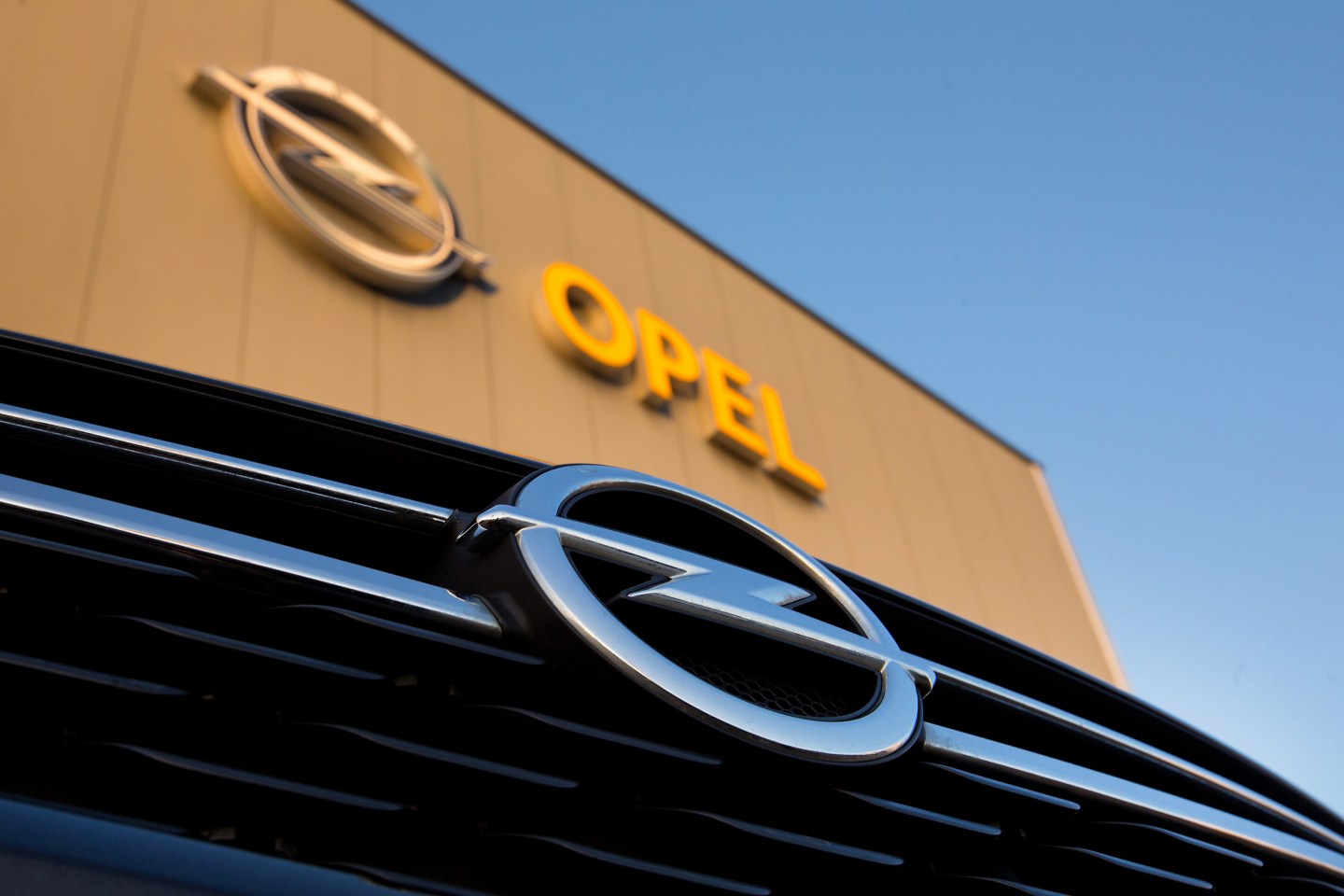 A badge sits on a new Opel Astra automobile, manufactured by General Motors Co., as it stands outside an Opel dealership in Berlin, Germany, on Tuesday, Feb. 14, 2017. PSA Group's proposal to buy General Motors' Opel brand quickly ran into headwinds in Germany, with political and labor leaders vowing to protect jobs and the unit's manufacturing footprint in the country. Photographer: Krisztian Bocsi/Bloomberg via Getty Images
Krisztian Bocsi/Bloomberg via Getty Images

General Motors’ workforce in Britain could come to regret voting for Brexit if the company does sell its European operations. Auto giant PSA Group announced last week that it was in talks with GM about a possible acquisition of its struggling Opel/Vauxhall subsidiaries.

If the deal goes through, cutting overcapacity in the saturated European market will be a priority for PSA. What’s uncertain is where that reduction will occur, but right now it looks as if two plants in the U.K. could end up on the short end.

PSA, the French-based maker of Peugeot and Citroen, will face enormous pressure to preserve jobs at home since the French state is its co-largest shareholder along with China’s Dongfeng Automotive. In any case, French labor law makes it painfully difficult for solvent companies to get rid of workers.

PSA is also making promises to guarantee jobs at Opel in Germany in order to win political support in Berlin for an acquisition, according to news that trickled out this weekend. Opel represents the heart of GM’s operations in Europe, even though the U.K. is still its largest single market. Engineering and research expertise are concentrated at the German operations, and the very existence of the Vauxhall brand is little more than a concession to local and historic sensitivities. For that reason, PSA needs the support of German Chancellor Angela Merkel more than that of her British counterpart, Prime Minister Theresa May.

Germany’s Bild am Sonntag reported on Sunday that Olivier Bourges, a PSA executive committee member, had promised German government officials in a meeting in Berlin that there would be no job cuts in Germany before the end of next year, and that investment pledges for three big plants in Germany that run through 2020 would be honored.

Those factors have put a target squarely on GM’s U.K. operations. “We are increasingly concerned after reports that German plants are safe,” Reuters reported a U.K. union source as saying Monday. The head of the Britain’s Unite trade union, Len McCluskey, is likely to meet PSA CEO Carlos Tavares in London on Friday, Reuters added.

GM has 11 plants in Europe, with a total workforce of over 32,000. Its headquarters in Rüsselsheim, Germany, employ 13,800 workers—by far the most of any plant in the group, but also the most expensive. Most of the rest of the operations are in low-cost Poland and Hungary, or in the U.K..

For now, the U.K. plants (GM makes compacts at Ellesmere Port near Liverpool, and commercial vehicles at one in Luton, north of London) have a temporary cost advantage, thanks to the pound’s 14% drop against the euro since the start of last year. But that can’t offset the strategic risks, experts say.

Mike Hawes, the chief executive of the Society of Motor Manufacturers and Traders that represents the car industry in the U.K., said at a recent press conference that future investment decisions and job security would depend on far more than just cheap exchange rates and the cut in corporate taxes that May’s government has promised.

The biggest threat to the British plants is that the U.K. will end up outside the EU’s single market and customs union after Brexit. That will create tariff and documentation barriers that will make it much more expensive to keep the U.K. in a complex supply chain. Currently, it’s quite normal for a component to be made in England, fitted into an Opel engine plant in Hungary, sent back to Liverpool to power an Astra compact and then shipped for sale in France. But that process would look very different under World Trade Organization rules that, in the absence of any other post-Brexit trade agreement, subject auto components to a 4.8% tariff every time they cross borders. The final product—the car—is also subject to tariffs up to 10%.

Before the vote, Liverpool mayor Joe Anderson had warned it would be “unrealistic” to think that GM would keep Ellesmere Port open if the vote led to tariffs on British exports to Europe. But despite such concerns, support for Brexit in the Luton electoral district was 56%, above the national average of 52%. The district of Cheshire West and Chester, where GM’s Ellesmere Port factory is based, also voted to leave, albeit by only 50.6% to 49.4%.

Bild am Sonntag reports that PSA wants to outline the deal in broad terms by the start of the Geneva International Motor Show on March 9.