GM’s Shares Are Surging on News of This Possible Acquisition 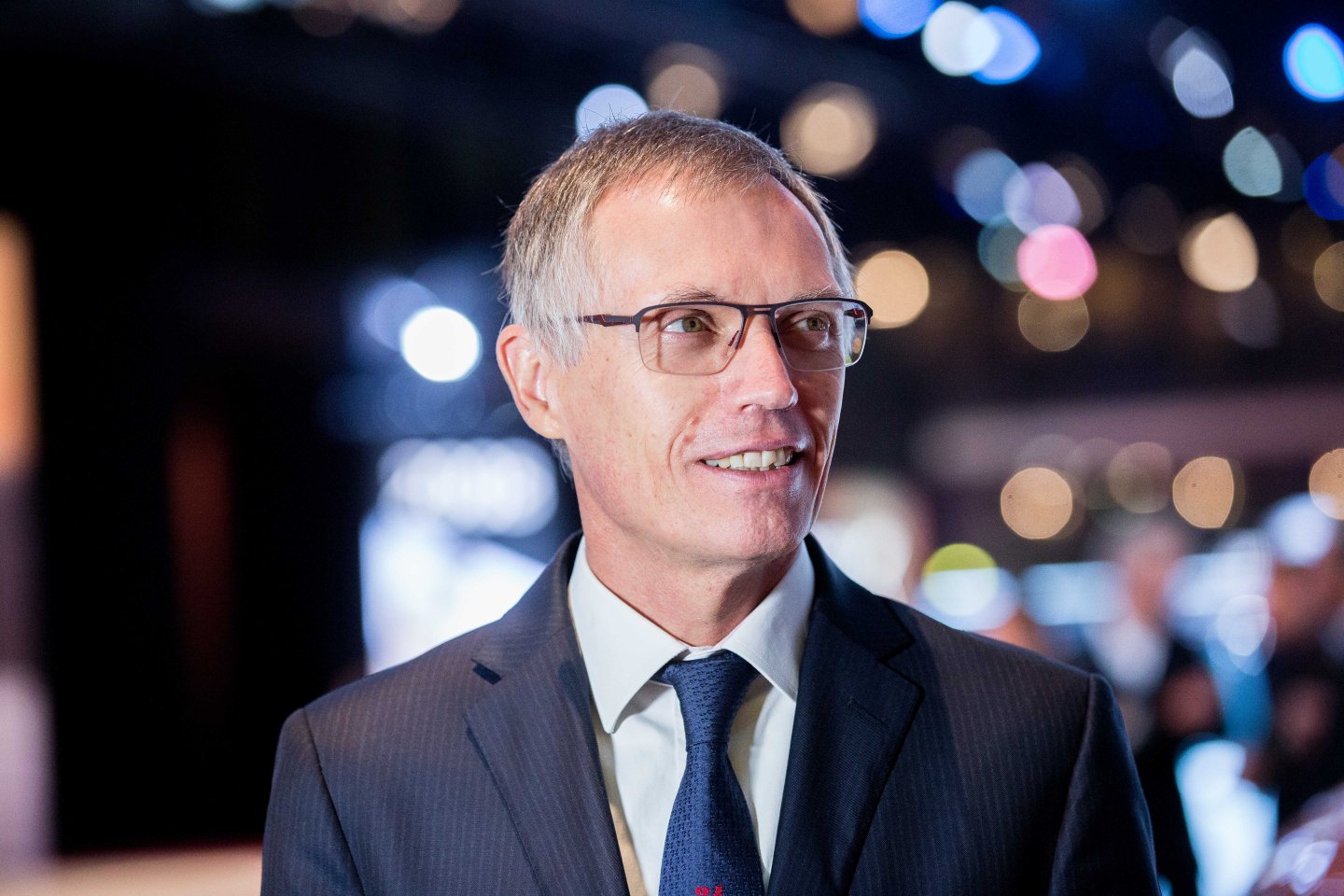 PARIS, FRANCE - SEPTEMBER 29: Chairman of the managing of French carmaker PSA Peugeot Citroen Carlos Tavares is interviewed during the press preview of the Paris Motor Show at Paris Expo Porte de Versailles on September 29, 2016 in Paris, France. From 1 to 16 October 2016, the 'Mondial de l'automobile' presents to the public the new cars of the largest automobile brands in the world. (Photo by Christophe Morin/IP3/Getty Images)
Christophe Morin/IP3 Getty Images

Shares in General Motors rose 4% on opening Tuesday morning in New York after France’s PSA Group, which makes the Peugeot and Citroen brands, confirmed that it is looking at buying GM’s struggling European operations.

In a press release, PSA said that it “is exploring numerous strategic initiatives aiming at improving its profitability and operational efficiency, including a potential acquisition of Opel / Vauxhall.” (The bulk of GM’s operations in Europe go under the Opel badge. It uses the Vauxhall brand in the U.K., but all the engineering is done at Opel’s headquarters near Frankfurt.) GM subsequently put out a largely identical statement.

“There can be no assurance that an agreement will be reached,” the French company added.

A combination between the two would have around 16% of the European car market, and would take PSA (PUGOY) above its French rival Renault (RNSDF). By the same token, it could also make future cuts in capacity easier if the market cools off. The two companies have over 20 plants scattered across Europe. According to the European Automakers’ Association ACEA, sales growth will slow to 1% this year, after a solid 6.8% rise in 2016.

Peugeot shares were up 3.8% in Paris on the news, having earlier hit a 20-month high.

If it happens, the deal would build on the global alliance that PSA and GM launched five years ago, hoping to cut costs by sharing vehicle platforms and components, and pooling their purchasing activities. The companies currently cooperate on products based on Peugeot’s crossover platforms, with Opel due to launch the first fruit of the alliance, the Crossland X, later this year.

GM had taken a 7% stake in the smaller French group in 2012 as part of the alliance, but had sold it to institutional investors a year later as PSA turned to the French government and to China’s Dongfeng Automotive for a bailout. They both now hold stakes of 13% in PSA.

PSA’s statement didn’t say whether it would consider using equity on either side of the deal, and a spokesman declined to add any further comment.

Back in 2012, GM and PSA were loss-making, both having required rescuing from bankruptcy after the financial crisis and Great Recession that followed it. Both have made convincing recoveries since then, but GM’s recovery in Europe—where it had lost money every year since 2000—has lagged behind. GM (GM) had originally hoped to break even in Europe last year, but was blown off course by a $300 million currency loss due to the drop in the pound after the U.K.’s vote to leave the EU. That badly hit the dollar value of its British sales in the U.K., and took the shine off an otherwise impressive set of results for the U.S.’s biggest automaker last year.

While Opel did gain some market share in its key home market of Germany as a result of the Volkwagen (VLKAY) emissions scandal in 2016, at 7.3% it languished well short of its biggest rival. Europe-wide, the VW group, which also includes such as Audi, Porsche and Skoda, had a market share of just over 24% in 2016, while PSA and Opel together had some 16.3%.

An outright acquisition of Opel and Vauxhall would likely require antitrust approval in the EU, and would also likely run into strong opposition from labor unions at both companies. Reuters quoted the IG Metall union that represents Opel workers as saying that “If it is true that GM and PSA held talks with the aim of selling Opel/Vauxhall, it would be an unprecedented breach of all German and European co-determination rights.”

‘Co-determination’ (Mitbestimmung) is the principle by which labor gets a big say in corporate decision-making in Germany, a principle that is often credited with keeping industrial peace in the country, but at the cost of making firms slow to respond to threats to their business.

UPDATE: This article has been updated to include reaction from IG Metall and details of the current collaboration between the two companies.