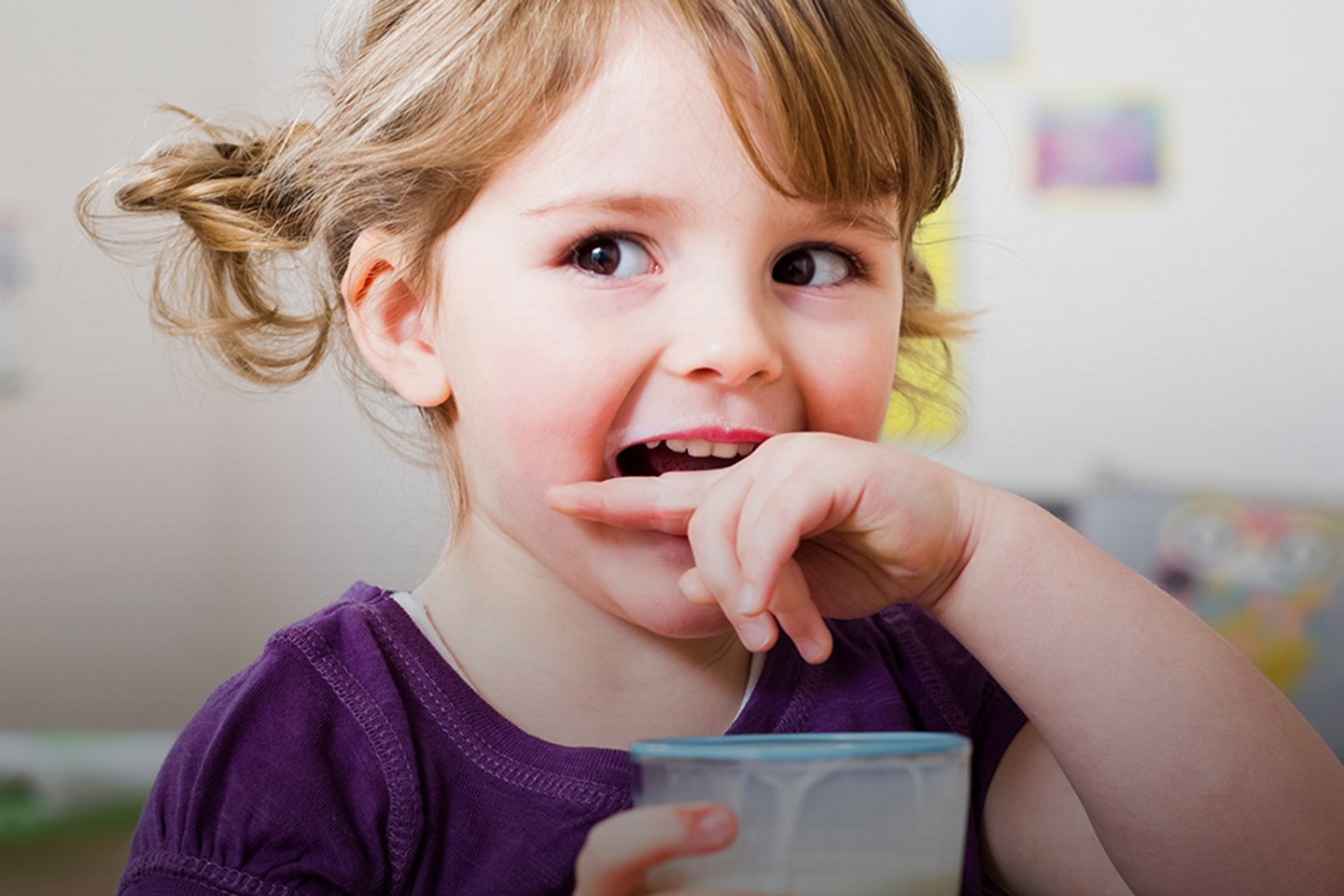 A war is brewing in the dairy aisle, and it all comes down to one existential question—what is milk?

For 40 years, Americans have been drinking less of the traditional stuff—37% less since 1975, according to the most recent USDA figures. Meanwhile, the $2 billion U.S. non-dairy alternative industry (think almond milk and the like) has experienced explosive growth, and is set to expand another 50% between 2015 and 2020, according to industry tracker Mintel.

In January, the first shots were fired when Wisconsin Sen. Tammy Baldwin, with the backing of the dairy industry, introduced the “Defending Against Imitations and Replacements of Yogurt, Milk, and Cheese To Promote Regular Intake of Dairy Everyday Act.” The Dairy Pride Act, as its known, is meant to compel the Food and Drug Administration to not only enforce the the legal definition of milk and cream as the “lacteal secretion” obtained by the “milking of one or more healthy cows,” but also expand it to include all “hooved mammals.”

The bill contends that “imitation dairy products…often do not provide the same nutrition content as real milk, cheese, and yogurt derived from dairy cows” and that “plant-based products labeled as milk are misleading to consumers.”

Today the plant-based industry is firing back. Startup Ripple, which makes pea-based milk, is launching a “Not Milk” digital ad campaign that asks consumers “What do you think milk should be?”

“’Lacteal secretions of hooved animals?’ Ew. What better way to highlight that humans are the only species on the planet that drinks another lactating species’ milk,” Ripple CEO Adam Lowry tells Fortune. “The dairy industry is playing defense. People are drinking a lot less milk, and their business is declining.”

Lowry, however, says the dairy industry has a point about the nutritional benefits of some milk alternatives, which are often significantly lower in protein. Lowry believes that milk should be defined based not on whether it comes from a “hooved animal” but whether it’s nutritionally equivalent. This definition would benefit Ripple, which has a higher level of protein than its competitors that Lowry says are “borrowing the health halo with the word milk.”

Declines in milk consumption pre-date the rise of the plant-based milk sector. Christopher Galen, senior vice president of communications for the National Milk Producers Federations noted that the bill is just the “latest effort” from the industry to force the hand of the FDA—it also approached the agency in 2000 and 2010 requesting that it take action to enforce milk’s legal definition. “We don’t need to establish a new standard,” he says, adding that the FDA just needs to enforce the rules that already exist.

“The concern is the matter of nutritional equivalency,” he says. “I think dairy farmers are just upset—we play by the rules.”

“For years, dairy farmers have informed consumers about the valuable nutrition in dairy products,” said Senator Baldwin in a statement to Fortune. “It’s unfair that imitations are marketed using the good name of dairy to sell their products, yet have nutrients that are often not the same as the dairy products they imitate.”

Matthew Sade, CEO of plant-based cheese and yogurt company Kite Hill, says that it will be “tough for the FDA to turn around and reverse its course” after setting a precedent for decades by not enforcing the rule when soy milk was really the only game in town and a small part of the market.

“It’s really somewhat ironic,” says Sade. “It’s the FDA’s job first and last to protect consumers,” which includes preventing consumer confusion in the marketplace. “Ultimately what happens is companies like ours have to use linguistic gamesmanship to communicate because we can’t use the direct and most obvious terms.”

He says that his company uses the same process as a dairy—using enzymes and cultures—but with almond milk rather than the cow’s stuff. However, Kite Hill calls its cheese equivalent an “almond milk product.” “I kiddingly like to say I make this product, and I don’t even know what that means,” Sade says. “Which one better communicates to consumers and precludes confusion?”

The company went with “almond milk product” to avoid legal risk because no other plant-based alternatives call themselves cheese—primarily because unlike Kite Hill, they use a combination of oils, starch, and heat rather than a plant-based milk. “In the past people had said fake cheese is nothing like what’s made from cow’s milk, but now the lines are very much blurred,” Sade explains.

“I don’t think it takes much introspection to realize that what’s going on here is a perfect example of the dairy industry using the weight of its lobby to try to stifle competition,” Sade says.

This article has been updated to reflect comments from Senator Baldwin.