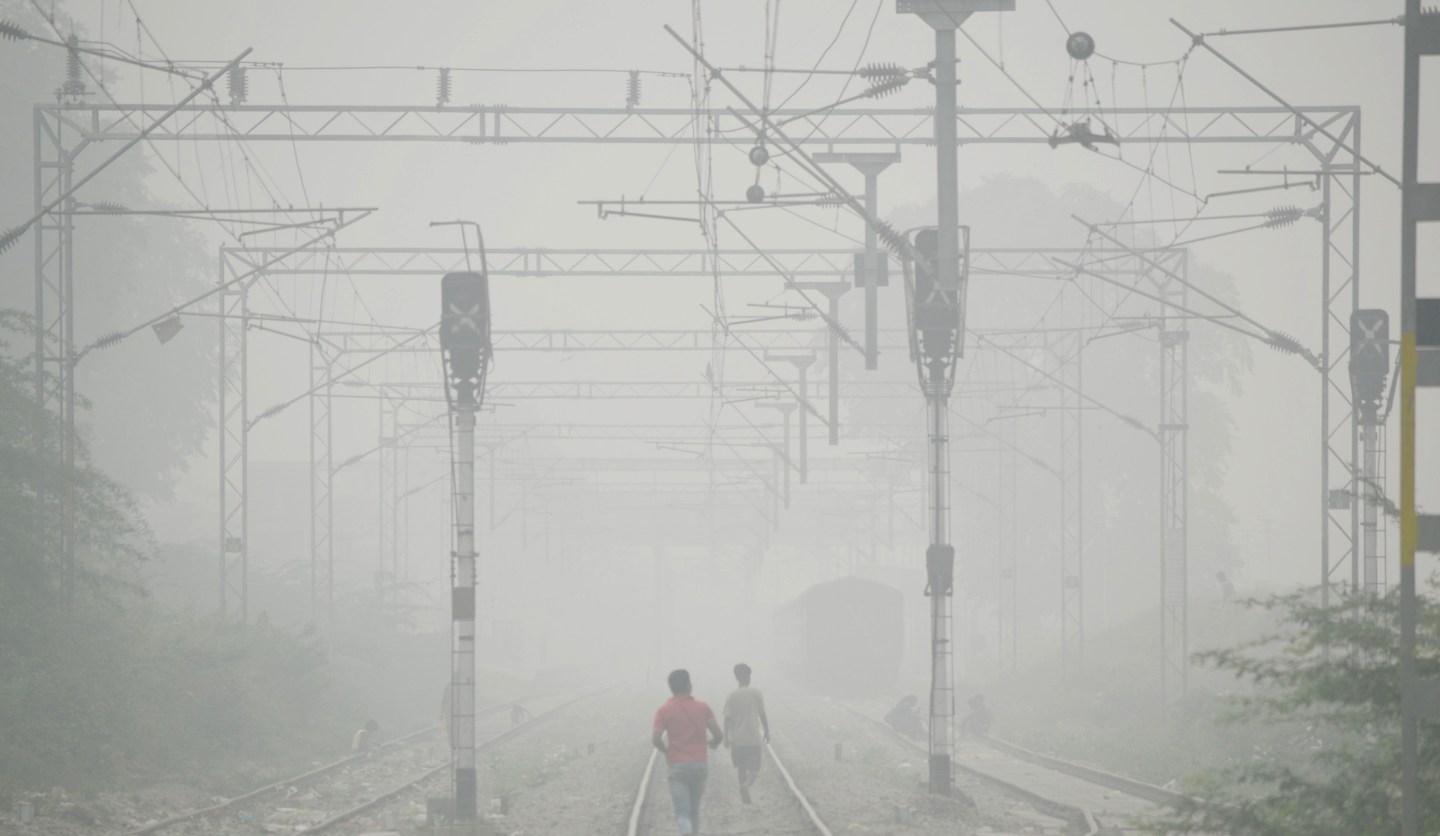 India in recent years has surpassed and overtaken China as the fastest-growing economy and the largest recipient of foreign direct investment, achievements that would make any citizen proud. But unfortunately, even as the economy surges ahead, India has also bested China in a third and less enviable metric: air pollution.

But this should not come as a surprise. As seen in China, stellar economic growth includes a wealthy populous that wants to buy the latest cars, fridges, and air conditioners, all of which require energy, thus adding demand on power plants, contributing to even more pollution and worsening air quality.

However, the good news is that pollution, and more broadly speaking, climate change, is not a divisive subject in India. There is political consensus on the issue, and policymakers may be able to turn things around. The question is whether there is political will and money to enact the necessary change.

For any frequent visitor to New Delhi, research reports and studies are not needed to validate the obvious: Air quality in and around the city has sharply deteriorated. The effects are so palpable that any climate change skeptic should visit Delhi to see what pollution looks like in real time. A quick search of weather conditions before your trip will indicate that the forecast is an ominous “smoke”—not clouds or fog or haze, but “smoke.” And then, after arriving and spending a few days in the capital, the traditional side effects begin to emerge: red eyes, sore throat, and headaches.

India is in the midst of rapid economic transformation with a burgeoning middle class that aspires for the same lifestyles and goods as their Western peers. A previous generation may have opted to bike to work or settled for a ceiling fan. But things have changed, and a country with a young and increasingly educated and wealthy population prefers to drive and use air conditioners in summers where the temperature can reach 120 degrees.

After decades of globalization where the message was largely aimed at eliminating poverty and bringing millions of citizens into the middle class, an odd thing happened: It worked. Middle classes have emerged, and they want to buy products just like their Western peers.

And this is the argument that India justifiably makes: It cannot ask its citizens to live in austerity just as their lives are improving. But the problem of Delhi’s pollution is not as simple as consumer preference for luxuries like cars and air conditioners. It is part of the problem, but there is more at play.

For example, highly polluting coal makes up the bulk of India’s power plants. Diesel-based vehicles, which emit more pollution than standard fuel, have been a popular choice for consumers until recently due to lower operating costs. Furthermore, many vehicles in India run on outdated emissions standards that lag behind global international benchmarks. Finally, infrastructure is inadequate, resulting in traffic jams filled with idle cars polluting the air. Urban mass transit systems (like subways) have only recently come on line.

Then there is the issue of old habits. Farmers north of Delhi find it more cost effective to burn their crops every October/November to clear the fields for the next harvest rather than paying employees to do it by hand. This is responsible for the notorious “smoke” that often hovers over Delhi.

Despite this dire situation, there is reason to be optimistic that India’s urban pollution can be mitigated. As a starting point, politicians across all ideologies recognize that pollution is problematic, not only for health and aesthetic reasons, but for national security and the economy. Less dependence on imported oil unshackles India from sometimes-unpredictable oil exporters who may have different international strategic objectives. Furthermore, fewer imports supports India’s overall current account deficit, balance of payments, and immunizes the country from oil-induced inflation shocks.

There is also political consensus on the causes, which makes finding a solution slightly easier. Accordingly, the government is pursuing policies to substantially build out the nation’s alternative energy sector, including solar and wind.

Since coming to office in 2014, Prime Minister Narendra Modi set a target of generating 175 gigawatts of energy from alternative sources by 2022. The country even has a Ministry of Renewable Energy, which is tasked with executing these plans, including developing the world’s largest solar power plant. Separately, the government is considering banning vehicles made before 2002 in order to take higher-polluting cars off the roads.

At the local level, many cities are competing to build the fanciest subway systems. Some are requiring their taxis and buses to use natural gas, while others are experimenting with car restriction plans, where odd and even number license plates can only drive on certain days.

These are all well intended policies that can actually impart change and clean up urban air pollution. But, money, execution, and political will are needed for these endeavors. The irony is that despite record economic growth, investments in the energy sector are not keeping up pace to fund the 175 gigawatts of alternative power Modi wants to substantially improve India’s air quality.

In addition, while Indian politicians do not have to ask citizens to give up their cars and air conditioners, they will have to ask for other changes in behavior requiring substantial political will.

For example, who will have the power to stop farmers outside of Delhi from crop burning? Banning old cars is easy on paper, but will small towns actually follow through? Will proposed fines on car use cost votes at the ballot?

India has the potential to shed the distinction of having the world’s worst air. Leaders have proposed ideas that make sense, but their ability to implement these policies will determine whether Delhi has a bright or “smoky” future.

Shailesh Kumar is senior analyst in the Asia practice at Eurasia Group and former India economist at the U.S. Department of Treasury.