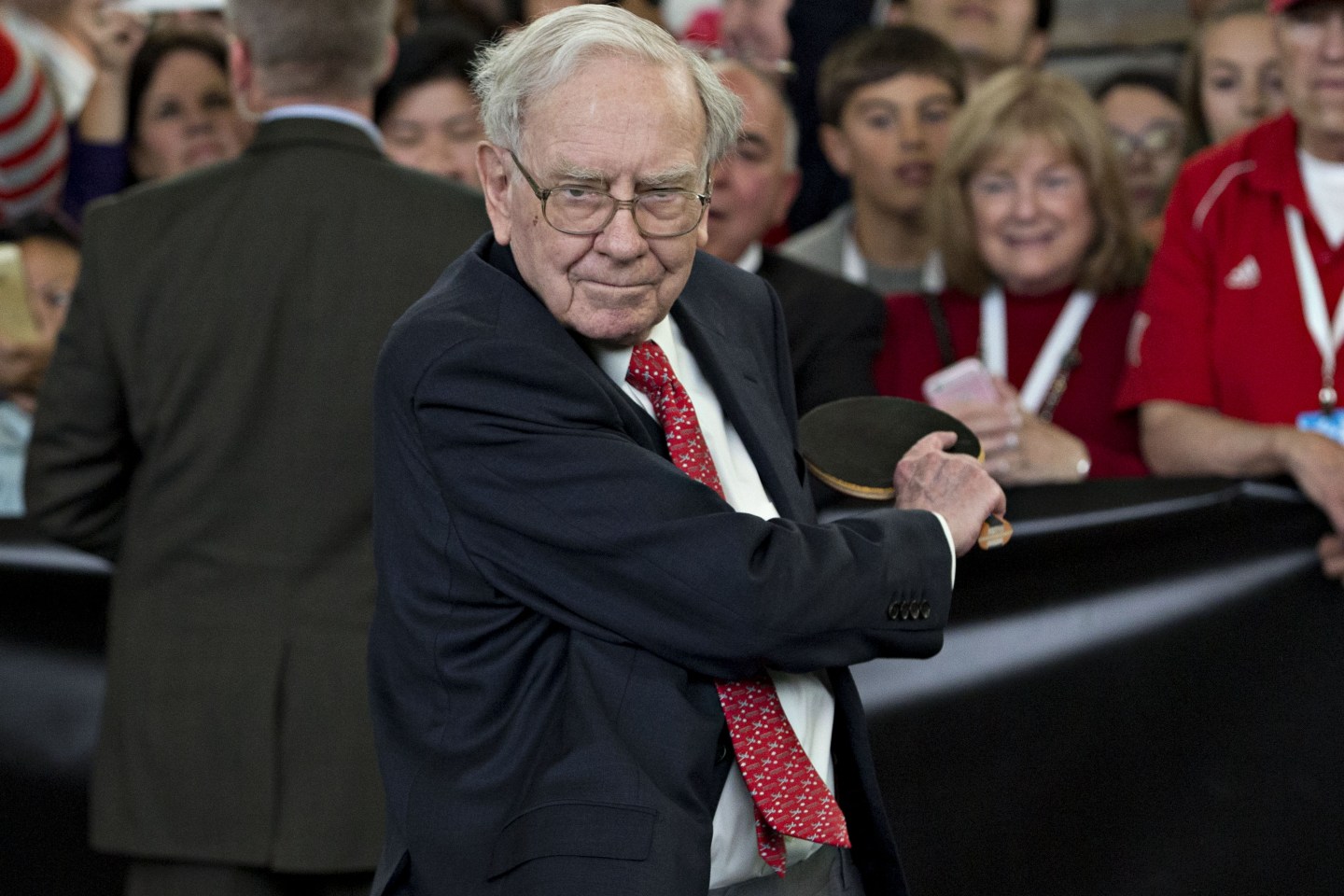 Sirius XM hasn’t turned into the media powerhouse that some people thought it would be a couple of decades ago. But it may still be a stock worth buying now, at least if you take Warren Buffett’s word for it.

Buffett’s Berkshire Hathaway (BRK-A) holding company reported in a quarterly filing Tuesday it now holds about 166.64 million shares of the satellite radio provider (SIRI) . That translates to an $825 million holding as of midday trading Thursday, or about 3.5% of Sirius XM shares.

Investors seemed to have taken notice of Buffett’s stamp of approval, driving shares of the company up more than 5% since Berkshire Hathaway’s disclosure. Sirius stock is enjoying its best run in more than a decade: It’s up about about 45% from its low of a year ago, and on Thursday it briefly hit $5.00 for the first time since 2006 before settling just under that mark. In February 2000, at the peak of the dot-com bubble, Sirius traded at $61; in early 2009, shares of the company dipped as low as $0.06.

Buffett’s bet on Sirius seems to be based on the company’s dependable performance as of late. The company has seen revenue growth of around 10% annually over the last three years and has good cash flow. The company has also been profitable of late after many years of losses: Most recently, Sirius reported positive quarterly earnings two weeks ago, posting revenue of $1.3 billion and earnings of $0.04 per share, which beat analysts’ estimates.

The company also reported it now has 31.3 million subscribers; it added 1.7 million accounts in 2016. The solid increase in user base is good sign for Sirius, as 84% of its revenue comes from subscriptions.

Sirius has focused on original content as a way to draw in more subscribers, which is right out of the playbook of Netflix and other entertainment streaming services. The service boasts lots of big names as hosts for its shows, most notably Howard Stern, who agreed in December 2015 to a new contract to host his show for another five years, in a deal worth at least $80 million per year.

Aside from the advantage original content brings, Sirius also has a couple things in its back pocket that will help its cash flow. The company carries $4 billion in past losses, which it can use to shield its earnings from taxes. In addition, as a result of the merger of Sirius and XM back in 2007, the company runs two separate satellite systems, but only actually needs one. Sirius could choose to significantly expand its offerings and perhaps even incorporate video, which would likely draw in a whole new set of subscribers.

Another option for Sirius would be to sell off the unused spectrum to the highest bidder, which would translate to billions of dollars in a marketplace where communications companies are constantly vying for more bandwidth. For example, part of the reason AT&T merged with DirecTV in 2015 was to ensure it had enough spectrum to fulfill its customers’ ever-growing use of content.

On the horizon, Sirius has shown interest in buying online music streaming service Pandora (P) , which would better enable the company to compete with rivals Spotify, Apple (AAPL), and Amazon (AMZN). Those companies’ streaming-media efforts are making growing incursions into the “in-car” market where Sirius’s offerings are currently dominant.