Donald Trump Is Getting Pushed Around by Intelligence Agencies, Congress 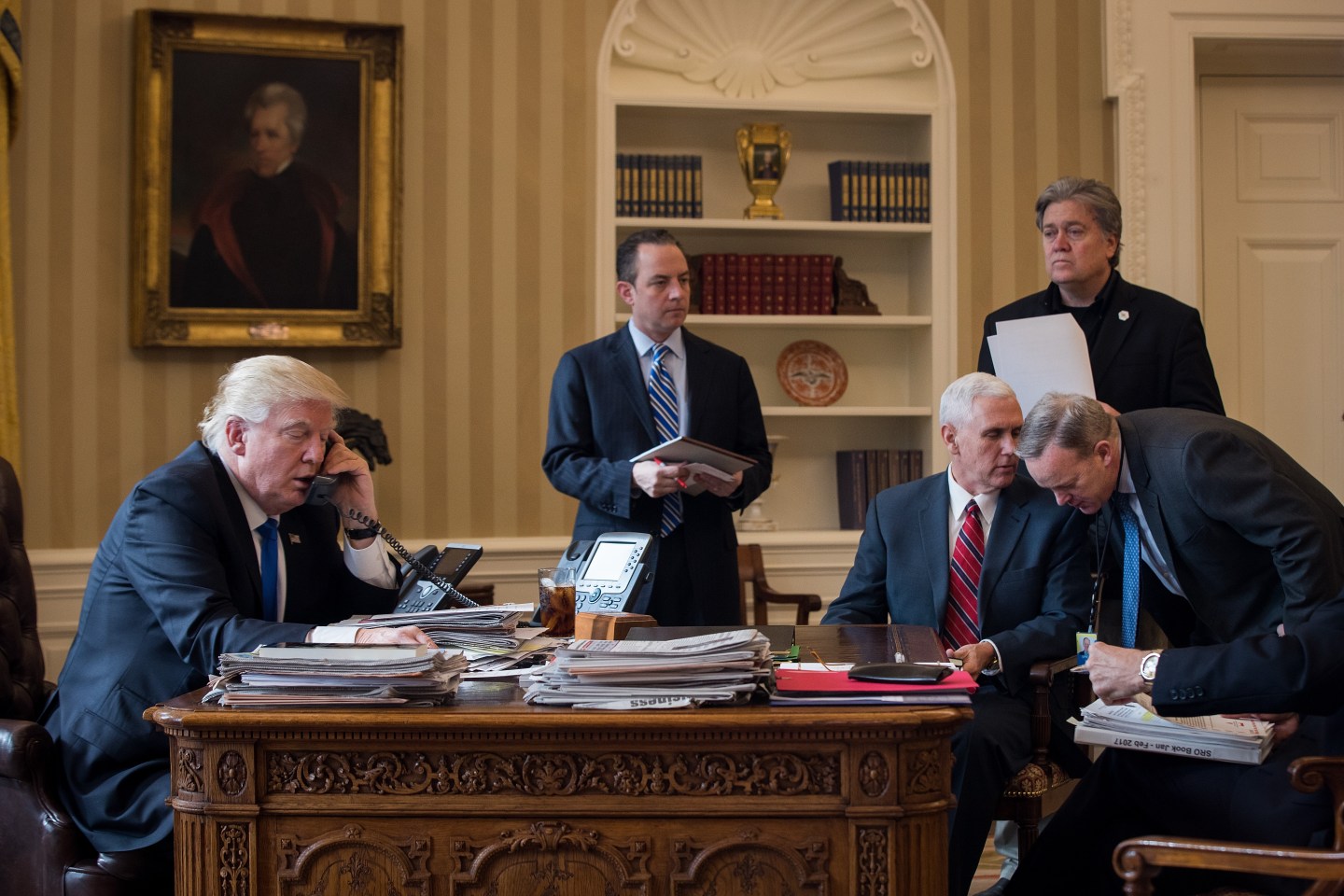 The Wall Street Journal this morning reports the astonishing news that national security officials have withheld sensitive intelligence from President Donald Trump because they feared it might be leaked or compromised. They don’t trust him, to put it bluntly, and as a result, he knows less than previous presidents have known. It’s the latest development in an emerging pattern.

One of the most remarkable features of President Trump’s eventful first four weeks is that, while he is in theory the most powerful person in America and the world, in practice he is losing power by the day. “We don’t know who’s in charge,” said Senator John McCain, a member of Trump’s own party, in the wake of Mike Flynn’s resignation as National Security Adviser. McCain was talking about the U.S. national security apparatus, but he could have been talking about the federal government generally. The past month is a case study in how and how not to wield power.

Andrew Puzder’s withdrawal yesterday from consideration as Labor Secretary comes two days after Flynn’s resignation and 12 days after Vincent Viola withdrew from consideration as Army Secretary. Trump appears weak, unable to have his preferred candidates in their posts. He has only himself to blame. Puzder was late with his paperwork, giving opponents time to build a case that alienated no fewer than seven Republican senators. Viola withdrew after discovering that he couldn’t satisfactorily disengage from his businesses, which might have been pointed out to him before he agreed to be nominated. Flynn was doomed by leaks to the Washington Post and New York Times, and Trump was reduced to blasting the leakers in an early morning Twitter tantrum. Again he looks ineffectual. After all, the leakers work for him.

His executive orders on immigration were quickly consigned to judicial limbo, where they may remain for weeks or months. Had they been written more carefully, with the help of expert advisers, they might have stayed in force. But because they weren’t, other members of the government, federal judges in this case, have overridden the president’s power.

With unified government in Washington, Trump should be driving policy forward with speed and confidence. Instead, just the opposite is happening. His and the GOP’s top policy priorities—Obamacare replacement, infrastructure funding, a tax overhaul—have almost disappeared from the news. That’s only partly because his people problems and impulsive tweeting are a continual distraction. Team Trump is not visibly doing the hard work of advancing those policy priorities; it has not proposed specifics on any of them and has objected to House Speaker Paul Ryan’s detailed tax proposal without suggesting a fix. The work is apparently being done in the House and Senate.

The big picture is that time and again, others—bureaucrats, leakers, judges, legislators—are thwarting or preempting Trump. The most blusterous president in memory is getting pushed around. Causes include poor staff work, possibly bad advice, and his own lack of discipline. All those problems can be fixed. But for now, the man who has been handed the most powerful position on earth is, for better or worse, squandering it.