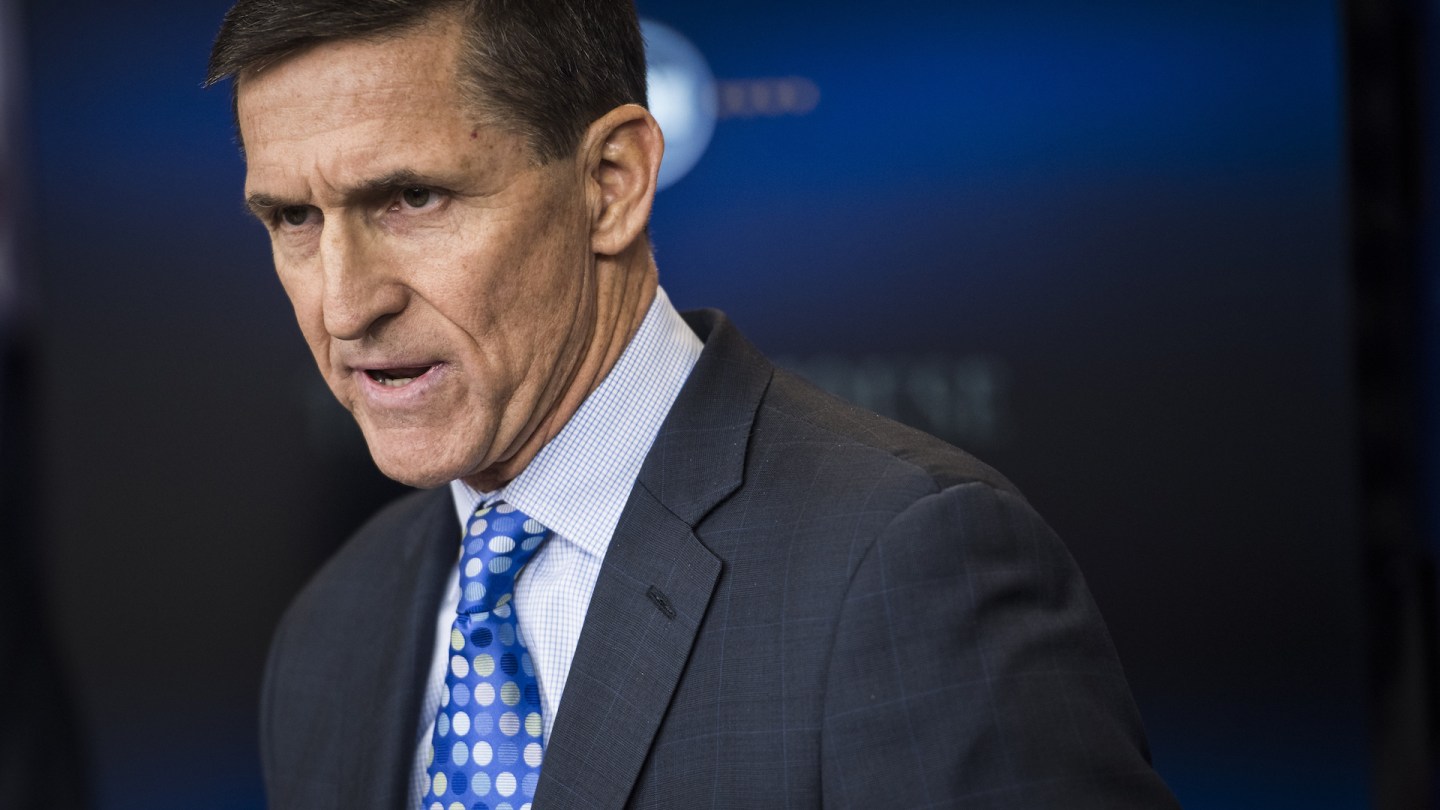 The Justice Department warned the White House weeks ago that national security adviser Michael Flynn could be vulnerable to blackmail for contacts with Russian officials before President Donald Trump took power, a U.S. official said on Monday.

Trump is evaluating the situation surrounding Flynn and talking to Vice President Mike Pence about it, Trump’s spokesman said, in a pointed refusal to make a public show of support for his embattled aide.

The U.S. official confirmed a Washington Post report that Sally Yates, the then-acting U.S. attorney general, told the White House late last month that she believed Flynn had misled them about the nature of his communications with the Russian ambassador to the United States.

She said Flynn might have put himself into a compromising position, possibly leaving himself vulnerable to blackmail, the official said. Yates was later fired for opposing Trump’s temporary entry ban for people from seven mostly Muslim nations.

Flynn had told Pence he had not discussed U.S. sanctions against Russia with Russian officials in the weeks before Trump took office on Jan. 20, prompting Pence to defend him in subsequent television interviews.

In recent days, Flynn has acknowledged he might have discussed sanctions with the Russians but could not remember with 100% certainty, which officials said had upset Pence, who felt he had been misled.

Officials said Flynn apologized to Pence twice, including in person on Friday.

“The president is evaluating the situation. He is speaking to … Vice President Pence relative to the conversation the vice president had with General Flynn and also speaking to various other people about what he considers the single most important subject there is, our national security,” White House spokesman Sean Spicer said.

Flynn, a retired U.S. Army lieutenant general, was an early supporter of Trump and shares his interest in shaking up the establishment in Washington. He has frequently raised eyebrows among Washington’s foreign policy establishment for trying to persuade Trump to warm up U.S. relations with Russia.

Top White House officials have been reviewing Flynn‘s contacts with the Russians and whether he discussed the possibility of lifting U.S. sanctions on Russia once Trump took office.

That would potentially be in violation of a law banning private citizens from engaging in foreign policy, known as the Logan Act.

For more on Russia and the Trump administration, watch Fortune’s video:

“He’s not out of the woods,” said a U.S. official who is familiar with the transcripts of intercepted communications between Flynn and the Russian ambassador to the United States, Sergey Kislyak, in late December.

While Flynn did not make any promises about lifting them, he did indicate that sanctions imposed by President Barack Obama on Russia for its Ukraine incursion “would not necessarily carry over to an administration seeking to improve relations between the U.S. and Russia,” the official said.

An hour before Spicer read his statement, Kellyanne Conway, one of Trump’s closest aides, had told reporters that Flynn had the full confidence of the president.

It was notable, however, that Trump did not use the opportunity of a joint news conference with visiting Canadian Prime Minister Justin Trudeau on Monday to make a public show of support for Flynn.

“His security clearance ought to be withdrawn until that independent investigation is completed. And if he has violated any law or ethical precept, he ought to be fired,” Schumer said.

Flynn was going about his business despite the cloud hanging over him, participating in national security meetings.

He was at Trump’s side at the president’s Mar-a-Lago retreat in Florida on Saturday when word reached the presidential entourage that North Korea had launched a ballistic missile at the same time Trump was hosting Japanese Prime Minister Shinzo Abe.

While Trump left Flynn‘s status pending, he appeared to close the door on another source of speculation, as to whether Priebus might be replaced.

Appearing briefly before reporters in the West Wing of the White House, Trump said Priebus was doing a “great job.”