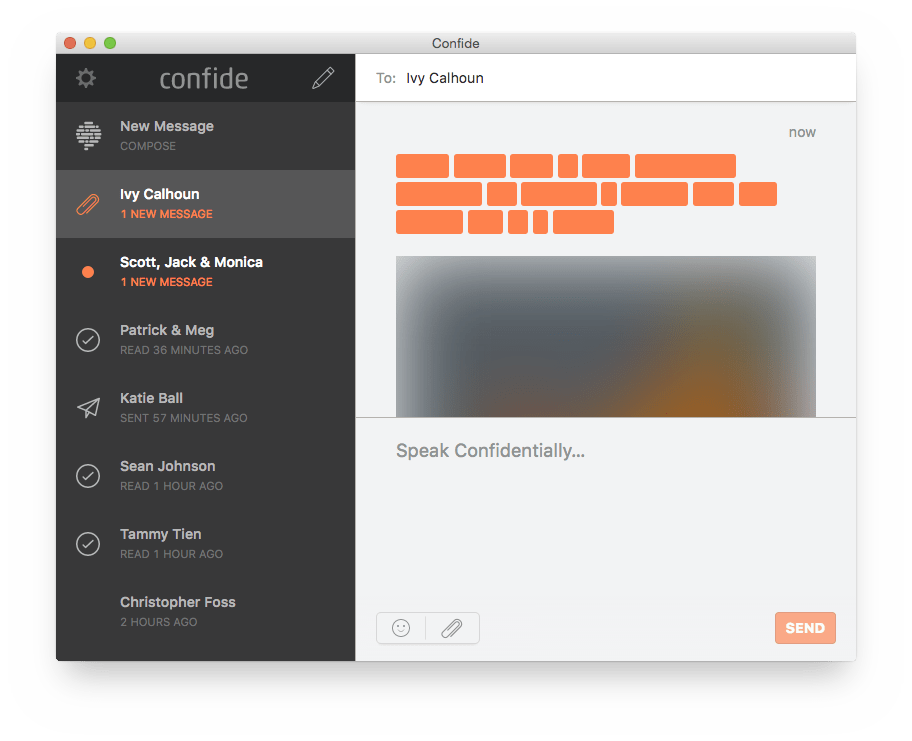 On Thursday, President Donald Trump tweeted that Washington, D.C., has always had a leaking problem and that “low-life leakers” will be caught. He has reportedly ordered an internal investigation to identify how sensitive information about his calls with foreign leaders and national security matters made their way to the press.

Trump’s threat of retribution—along with his earlier comments about “illegal leaks”—is feeding a culture of paranoia that’s prompted White House staffers to shore up their communications for fear of being accused of unsanctioned contact with the media. Axios reports that they are flocking to Confide, a secret messaging app that deletes chats after they’re read.

Confide’s newfound reputation as a tool for Republican officials and members of the Trump administration has resulted in an “enormous spike” in usage and engagement, the app’s co-founder and president Jon Brod told Fortune. The secretive app founded in 2013 as “Snapchat for professionals” would not disclose user figures, but Brod says the number of new sign-ups this week is triple last week’s total.

Brod says his company does not conduct formal marketing campaigns, so the app’s popularity has spread through word-of-mouth. The app is available in 15 different languages and is being used in more than 180 countries. Since 2013, it has raised about $3 million from Google Ventures, SV Angel, and Billy Bush (yes, the same Billy Bush featured prominently in Trump’s Access Hollywood tape).

Brod told Fortune that Confide has seen “accelerated growth” since the election. “We see a spike for virtually all well-publicized communication hacks and leaks,” he said.

Indeed, the app has gained popularity after key security events in its short life. It experienced its first boost during “Celebgate,” the scandal during which a hacker leaked nude photos of high-profile female celebrities, including actress Jennifer Lawrence and model Kate Upton.

Usage then spiked again after Sony Pictures was hacked in November of 2014. The leak included information about unreleased movies, internal emails, and employee Social Security numbers.

It’s worth noting that using an encrypted messaging app like Confide can pose legal concerns. The onus is on users to make sure they abide by the law and use the app strictly for personal communications.

“If these apps are being used by White House staff, it raises very disturbing questions about compliance with the Presidential Records Act specifically, and more broadly the Federal Records Act,” David Vladeck, a communications and technology law researcher at Georgetown Law School, told Wired. “The whole point of these statutes is to assure that our nation’s history is neither lost nor manufactured, and the kinds of apps that obliterate the messages are completely incompatible with that and at odds with the law.”