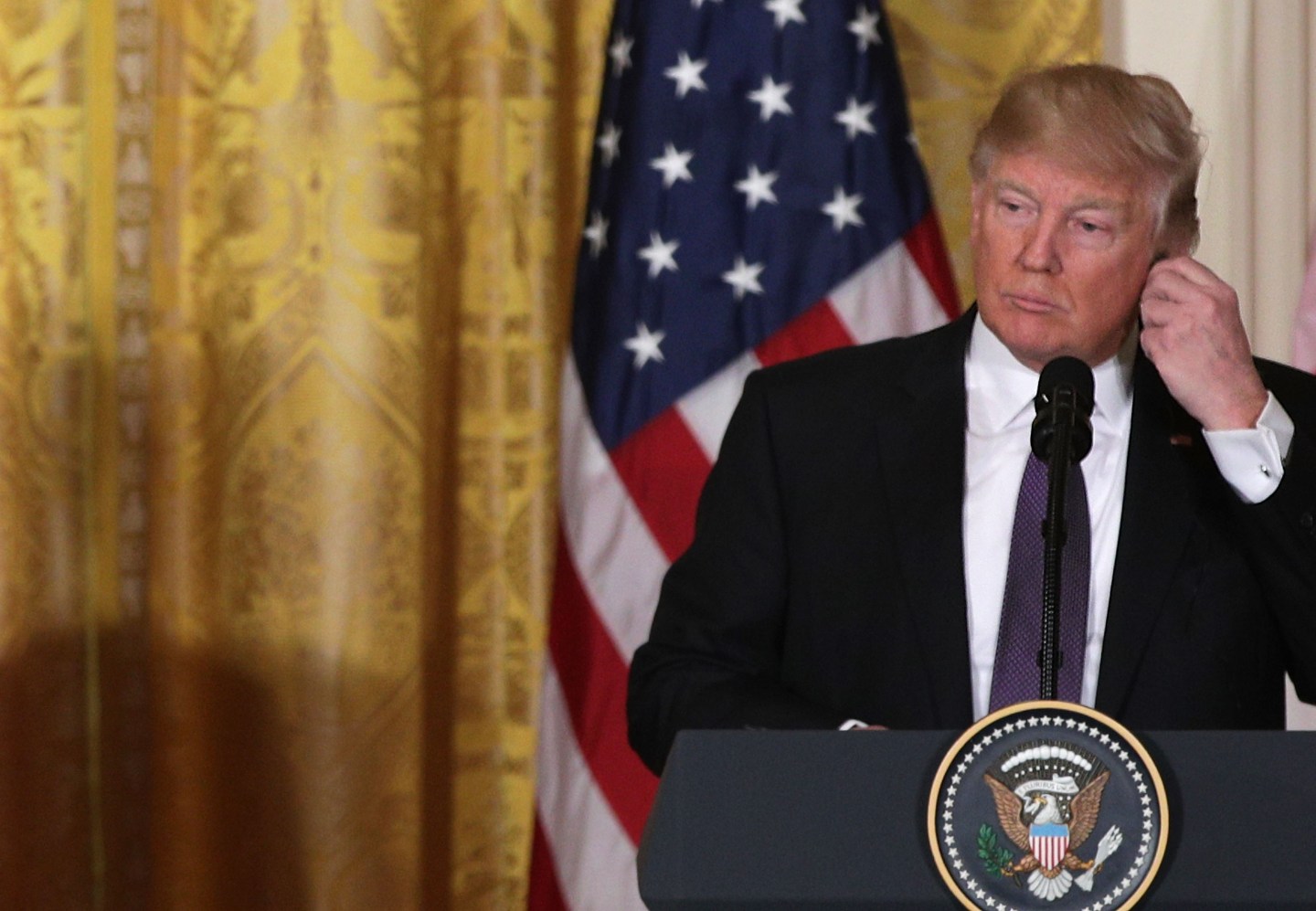 President Donald Trump listens as he participates in a joint news conference with Canadian Prime Minister Justin Trudeau in the East Room of the White House on February 13, 2017 in Washington, DC.
Alex Wong— Getty Images

Harvard, Yale and Stanford are amongst the 17 universities that have filed papers to join a lawsuit against the executive order, Bloomberg News reports. The papers, filed in Brooklyn Federal Court, say that the colleges and their students have already experienced negative effects from the order, with some students and faculty prevented from traveling.

Other colleges in the group that wishes to join the lawsuit include Brown, MIT, and Princeton.