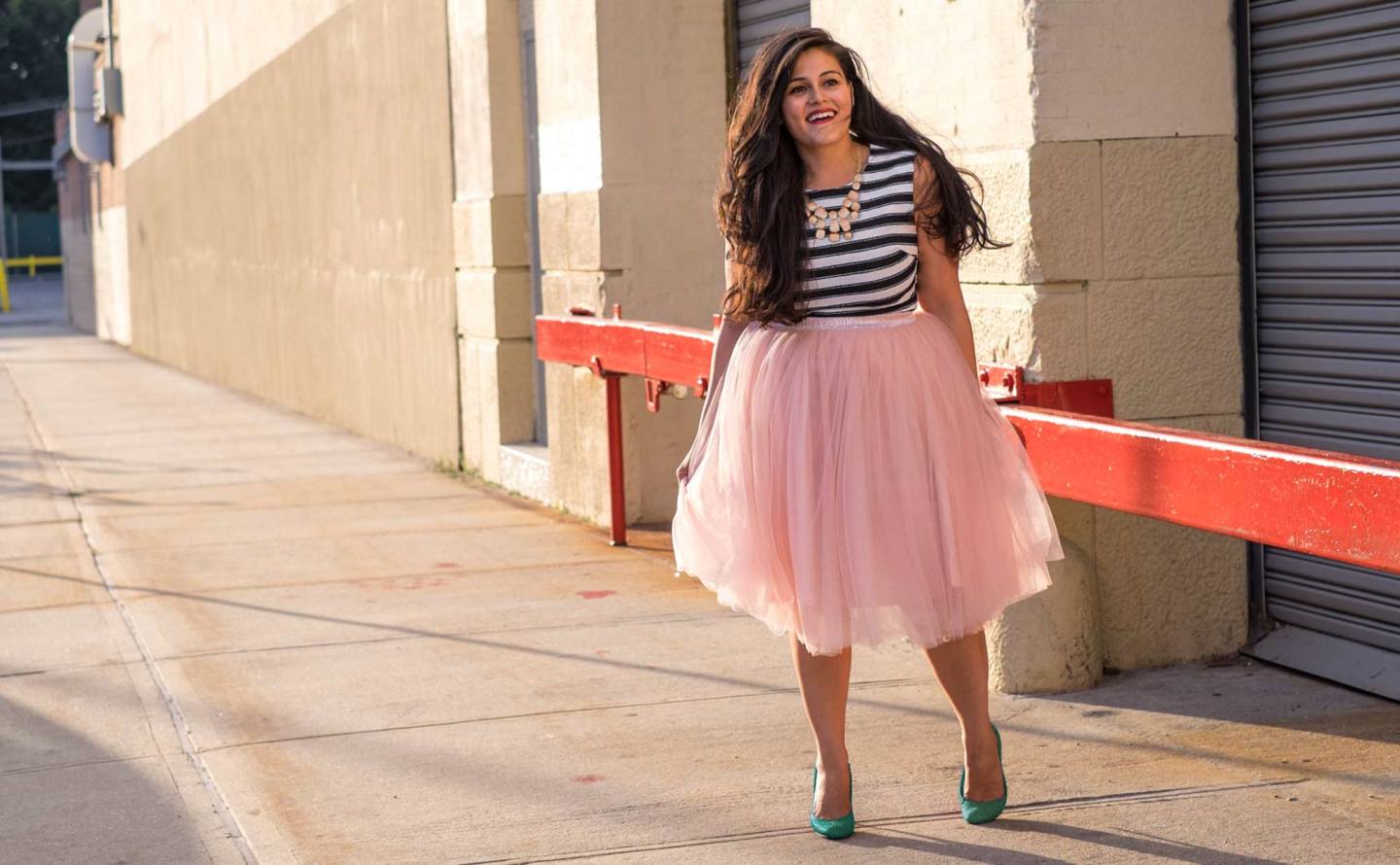 This week, top designers, models, and style bloggers are flocking to the Big Apple for New York Fashion Week.

And while the biannual gathering of trendsetters is meant to include the who’s who of the fashion world, it has been criticized for excluding a major segment of fashion’s consumers: plus-size women.

Dia&Co, a clothing subscription service for women sizes 14 and above, wants to change that. On Thursday, the startup took out a full-page ad in The New York Times challenging the fashion world to design clothes that fit women of all sizes. “Fashion she can’t wear is becoming a bit unfashionable,” reads the top of the ad, which is also a call to action: “This week, we challenge true fashion vanguards to start designing for women of all sizes.”

Company founder and CEO Nadia Boujarwah says she hopes to get designers’ attention through highlighting the business case for designing for the plus-size women. Research firm NPD Group reports that in 2015, although an estimated 67% of American women are size 14 or larger, sales of plus-sized clothing accounted for just 17% of the U.S. women’s apparel market.

A survey of 1,500 Dia&Co customers conducted last month revealed that the majority of them (72%) do not believe that fashion designers create their designs with the average American woman in mind. 78% of these women said they would be willing to spend more money on clothing if more designers offered plus size options.

“That gap is an opportunity,” says Boujarwah.

Boujarwah and Dia&Co co-founder Lydia Gilbert recognized that opportunity in 2014, launching the company together after meeting at Harvard Business School. The startup’s product offering is similar to that of straight size fashion subscription service Stitch Fix. After filling out a survey on style preferences, Dia&Co customers receive five clothing items to try on at home each month. Subscribers can then choose which items to keep and which to ship back, working with a stylist to hone the appeal of future shipments.

The at-home try-on model works particularly well for plus-size women, for whom finding clothing in their size in stores can be problematic. “It’s so stressful,” says Ariana Varas, a longtime Dia&Co customer from Queens, New York. “Either they don’t have my size or the style I want…and you get so nervous ordering online because you don’t know how it’s going to fit,” she says.

An added benefit of getting to try things on at home, says Varas, is that “you don’t have to worry about being judged for the size that you are.”

Kristine Alden, a Brattleboro, Vt.-based customer who discovered the company this past summer, says Dia’s clothes “made [her] feel pretty again.”

The numbers show that these women are not alone in their loyalty to the company. Over the past 12 months, the startup’s revenue has grown an eye-popping 35-fold, a number that has—unsurprisingly—caught the eye of venture capitalists. At the end of last year, the duo closed an $18 million Series A round, led by Sequoia Capital. Boujarwah says the company plans to continue to expand (it already serves customers in all 50 states).

Alfred Lin, a partner at Sequoia and the former chairman and COO of Zappos, says that what makes Dia stand out from the increasingly crowded space is its combination of authenticity and operational effectiveness. The former comes from Boujarwah’s personal struggle to find stylish clothes in her size; the latter from her past life as an investment banker. “Having one is necessary, but not sufficient. You have to have both,” Lin says.

Dia’s campaign for more fashion inclusiveness also includes a newly announced sponsorship of the third annual theCURVYcon (essentially the fashion week for plus-size women) as well as a social media campaign under the hashtag #movefashionforward.