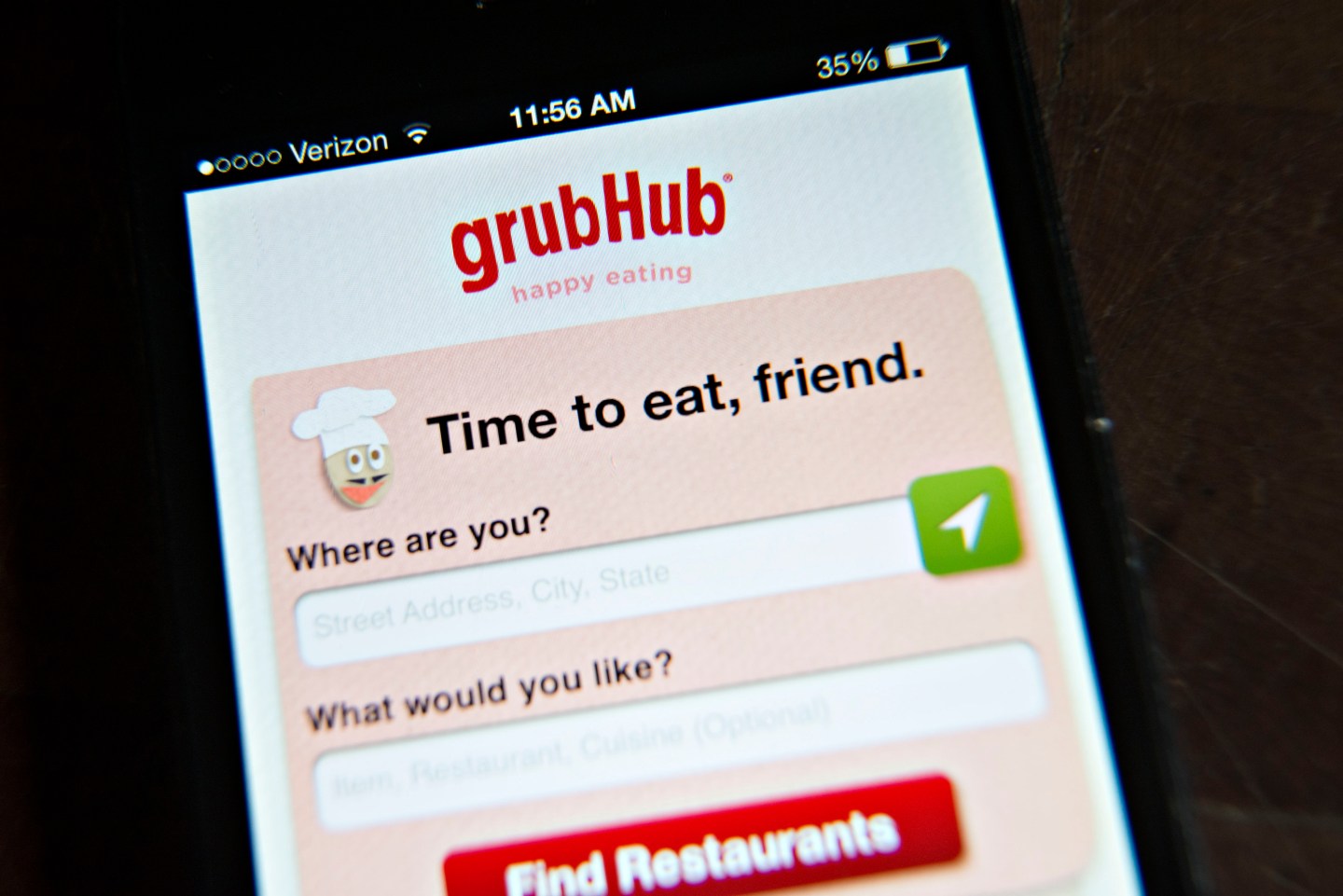 The GrubHub Inc. app is displayed on an Apple Inc. iPhone 5 in Tiskilwa, Illinois, U.S., on Wednesday, April 2, 2014. GrubHub Inc., the Internet platform that enables users to order pick-up and delivery from restaurants, raised the expected price range for its initial public offering to $23 to $25 per share from $20 to $22 in a regulatory filing on Tuesday. The company plans to list on the New York Stock Exchange under the ticker symbol GRUB. Photographer: Daniel Acker/Bloomberg via Getty Images
Daniel Acker/ Bloomberg via Getty Images

GrubHub reported a quarterly profit that missed analysts’ estimates as its efforts to attract more people to its food order and delivery services drove up marketing costs.

Shares of the company, which faces competition from Amazon.com’s Prime Now (AMZN), Yelp’s Eat24 (YELP), and Uber’s UberEATS, were down 7.5% at $38.21 in morning trading on Wednesday.

“We are getting better at marketing in general,” Chief Financial Officer Adam DeWitt told Reuters in an interview, and said the company “feels good” about spending money on the marketing side.

The company, whose network covers over 1,100 U.S. cities, also forecast revenue of $620 million-$660 million for the full year, slightly lower than estimates of $619.5 million.

The Chicago-based company gave a wider-than-usual range for full-year guidance allowing it to “flex up and flex down” on marketing spend and some other investments to drive additional growth, DeWitt said.

The company, which allows diners to order from more than 45,000 restaurants, said the number of active diners rose 21.2% to 8.2 million. Analysts were expecting 7.99 million active diners, according to market research firm FactSet StreetAccount.