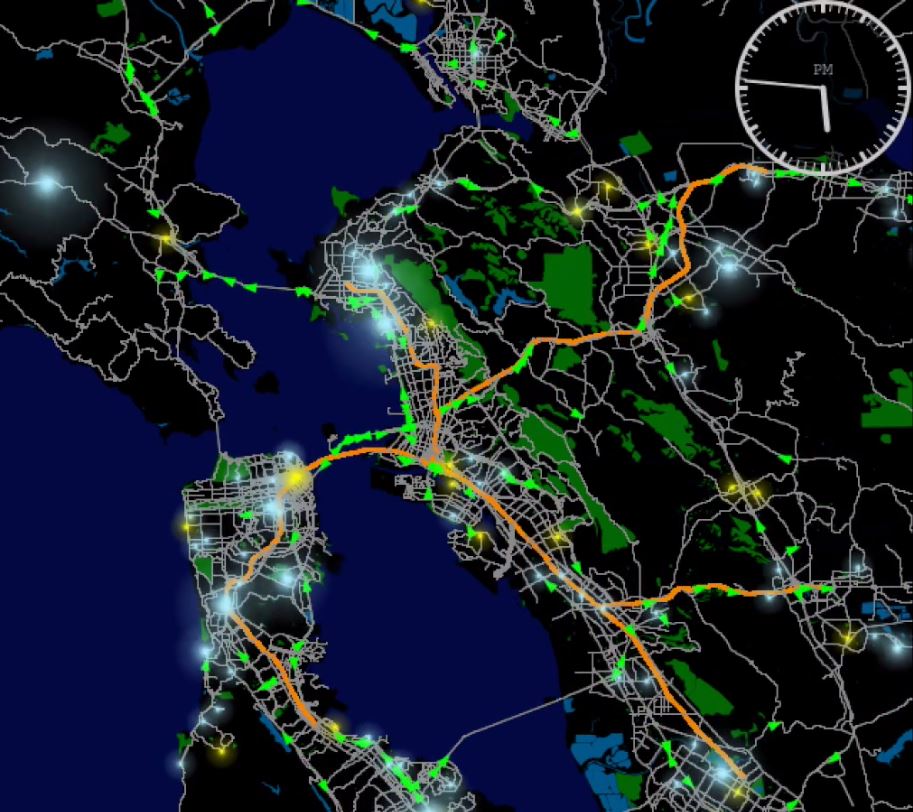 Google’s Waze Carpool service, which aims to cut traffic congestion through an automated form of ride-sharing, is now working with a new group of San Francisco area employers to expand use of its service.

Announced Tuesday on Waze Carpool’s Facebook page, the program is reaching out to workers at Kaiser Permanente, the University of California San Francisco (UCSF), the Metropolitan Transportation Commission (MTC), and Bay Area Toll Authority (BATA). Employees at these healthcare and transportation agencies will be eligible for three free rides each upon signing up with work email addresses.

Waze, which was acquired by Google nearly three years ago, crowd-sources traffic information from drivers via its smartphone app, recommending the optimal route from point A to point B.

Waze Carpool—pitched as a competitor to Uber and Lyft ride-sharing services—first launched in Israel, where Waze was founded. The advantage to users is lower-cost rides. The broader advantage for communities is fewer cars on the roads.

Last year, Waze Carpool launched in Silicon Valley as a pilot program serving Google (GOOG) employees, and later expanded to add other users in the Bay Area. It now covers an area from Monterey, Calif. to the south of San Francisco and as far north up to Sacramento.

Josh Fried, head of business development for Waze, told Forbes this week that Waze Carpool will expand to other heavily-congested areas in the United States, but provided no details.