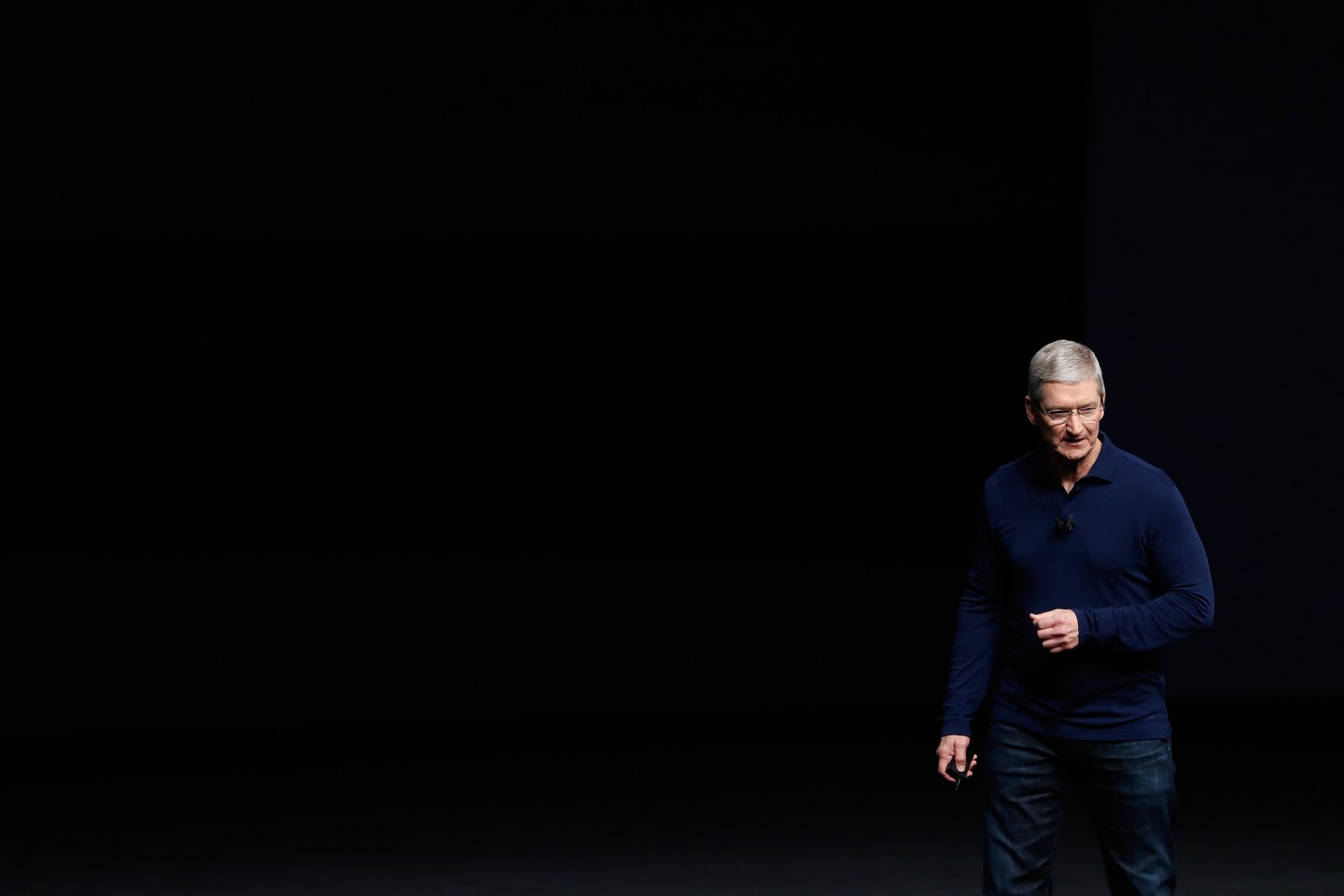 SAN FRANCISCO, CA - SEPTEMBER 07: Apple CEO Tim Cook waves as he arrives on stage during a launch event on September 7, 2016 in San Francisco, California. Apple Inc. is expected to unveil latest iterations of its smart phone, forecasted to be the iPhone 7. The tech giant is also rumored to be planning to announce an update to its Apple Watch wearable device. (Photo by Stephen Lam/Getty Images)
Stephen Lam — Getty Images

The amicus brief filed by nearly 100 companies on Sunday in the Trump immigration-ban imbroglio marks a turning point in CEO activism. By wading into a high-profile, hyper-politicized national debate, these leaders have ventured where only few have gone before. “The amicus brief is a striking milestone in CEO activism and advocacy,” Leslie Gaines-Ross, chief reputation strategist at the Weber Shandwick communications firm, tells me. “These CEOs are taking a stand against a federal order, not a state one, and challenging a president, not a governor. They are now going much further than they did before. They are taking a stand on national policy, urging that immigration is a definite good not just for their companies, but for the country.” The Trump presidency, still not three weeks old, may be prompting business leaders to shift their role in the nation’s public life.

A handful of CEOs in recent years have taken public stances on social and legal controversies. Starbucks’s Howard Schultz has declaimed on race relations, gun control, and other matters. Apple’s Tim Cook publicly opposed laws that would have permitted discrimination against LGBT citizens. Chick-fil-A’s Dan Cathy opposed gay marriage. Salesforce’s Marc Benioff has spoken on pay equity. But most CEOs have seen little to gain and much to lose by jumping into such contentious, emotional debates.

Now, almost 100 of them are publicly opposing the president and millions who support him on an issue that has brought out thousands of angry, chanting, sign-waving demonstrators on both sides of the issue. These companies could have expressed their views privately, through lobbyists or phone calls to officials. But now they and their leaders are on record, and there’s no turning back.

A close reading of the brief suggests they’ve learned from the experience of previous activist CEOs. Research by Weber Shandwick found that the public is likelier to support activist CEOs when they speak out on issues related to the company’s business. When Cook issued anti-discrimination statements, for example, he made clear that Apple wants to be open and welcoming to all potential customers and all potential employees. By contrast, when Schultz encouraged baristas to engage customers in conversations about race, he emphasized that this was not related to the business: “This is not some marketing or PR exercise. This is to do one thing: use our national footprint and scale for good.” Though it can’t be quantified, Schultz appeared to spark more controversy and opposition than Cook did.

The amicus brief argues that Trump’s two executive orders on immigration are bad for U.S. business, and the argument is compelling. The central point is that the orders introduce tremendous uncertainty into international travel, and uncertainty is sand in the gears of business. The CEOs are taking their stand on a basis that people are most likely willing to accept.

Of course virtually no one will download and read a 53-page court filing. (BTW, the brief is signed by 96 companies, not 97 as widely reported; one of them is listed twice.) On the other hand, there’s safety in numbers; with 96 names, each one attracts less attention.

Will those 96 companies lose more than they gain? Will they take public stands on more hot-button issues that are sure to arise? Every business leader needs to pay attention. Business’s role in public discourse on policy issues may be changing.