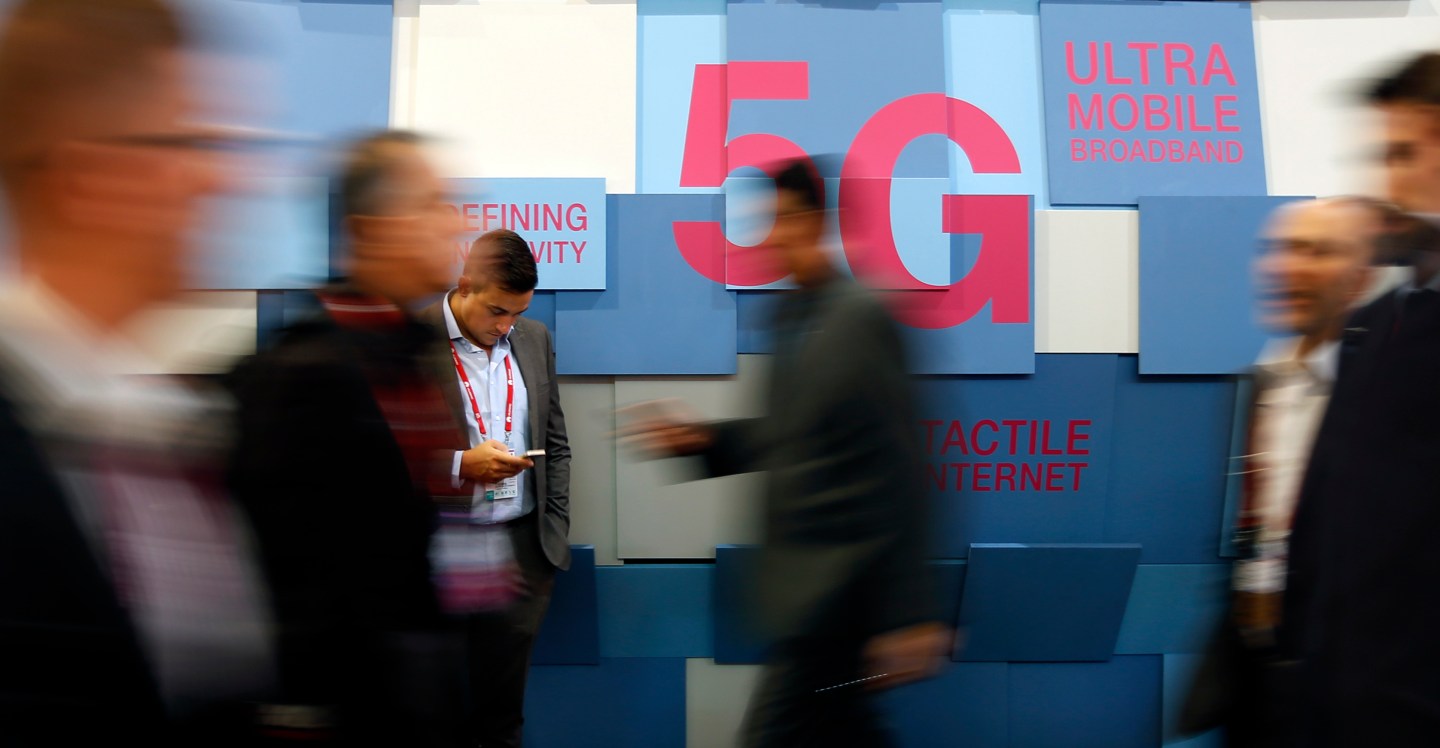 Straight Path (STRP) said it had secured a $17.5 million loan from a group of investors led by Clutterbuck Capital Management to cover regulatory fines it must pay while it explores “strategic alternatives,” Wall Street-speak for a sale of part or all of the company. The loan deal includes stock warrants for the lenders that, if exercised, would be considered to have paid off half of the borrowing.

Straight Path, which was spun off from telecom operator IDT (IDT) in 2013, owns airwave licenses covering the entire country in the 39 GHz band and additional licenses for the 28 GHz band, both of which are being assigned for upcoming faster 5G wireless networks.

But investors have been debating just how valuable the airwave rights may be in light of other recent 5G spectrum deals by Verizon (VZ) and AT&T (T) and the uncertain timeline for the actual deployment of 5G networks, which will operate at 10 to 40 times the speed of today’s 4G LTE networks.

Straight Path’s stock has been on a tumultuous ride since the company was investigated by the Federal Communications Commission for its pre-spin off predecessor filing misleading information to the agency to justify having its licenses renewed. The company admitted that transmission equipment it had once claimed to have deployed was no longer in use. The FCC wrapped up the investigation in January by imposing a fine of $15 million and revoking some licenses. The agency then gave Straight Path one year to either sell all its remaining licenses and pay the government 20% of the sale price, pay another $85 million penalty, or return the licenses to the FCC.

CEO Davidi Jonas said on Tuesday that the loan could be used to cover the initial FCC penalty, which is being paid in installments. “Our obligations over the next 9 months to the FCC are covered, and we can now turn our focus to exploring strategic alternatives for the company in order to maximize shareholder value,” Jonas said in a statement.

After hitting a high of $51 last spring, Straight Path’s stock plummeted to under $16 amid the FCC investigation. But after the FCC announced a settlement with Straight Path last month, the stock shot back above $40. Then the stock fell back below $35 after a short seller said the stock market was overvaluing the company’s licenses. On Tuesday, shares of Straight Path rose 3% at midday to $33.66 on news of the loan deal.

The stock warrants included with the loan have a strike price of $34.70, indicating that the lenders expect a further stock rise if they hope to profit from exercising the stock rights.

Clutterbuck, a Cleveland-based investment firm founded in 2006, oversees about $100 million in assets under management, according to its most recent filing with the Securities and Exchange Commission.