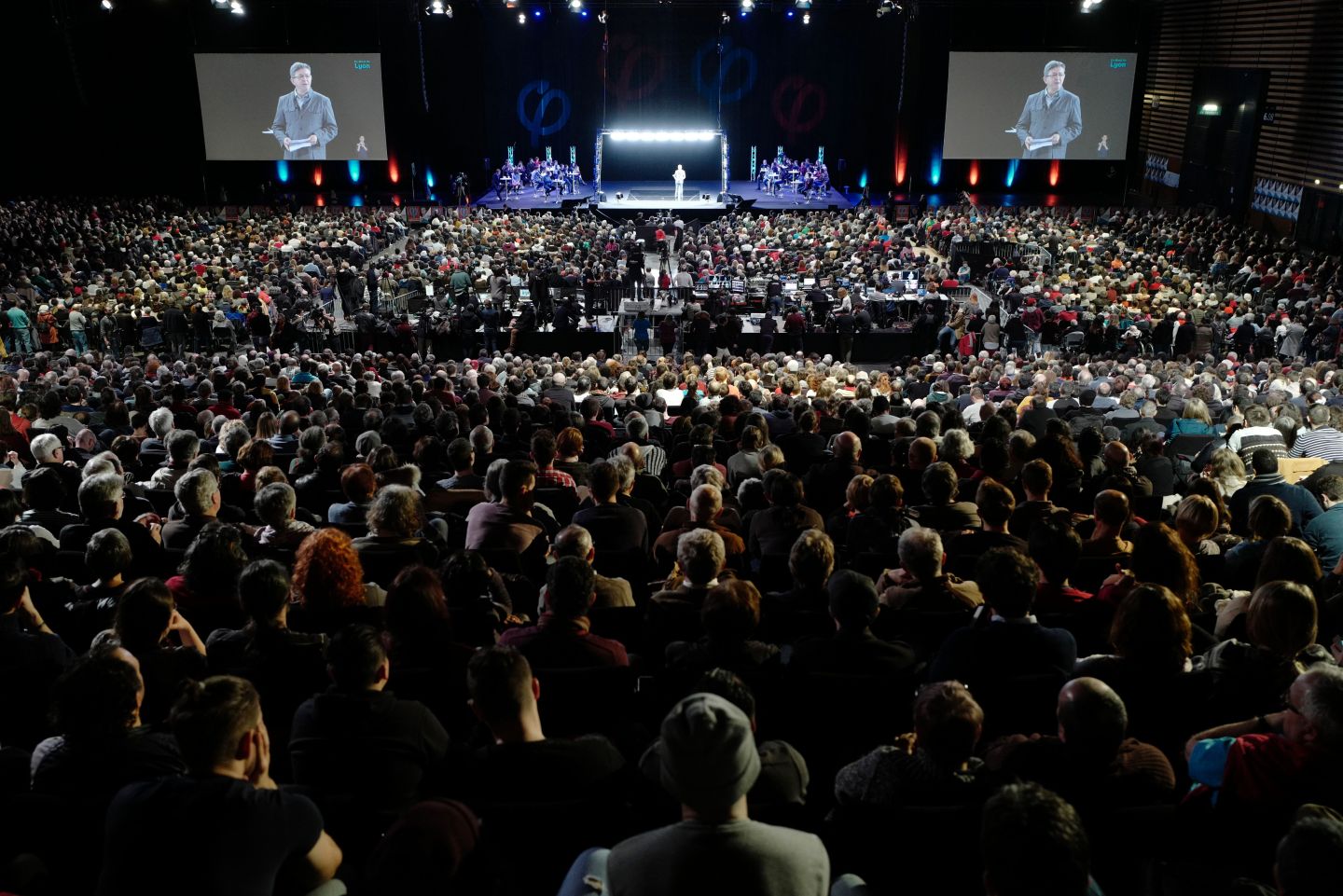 Far-left firebrand Jean-Luc Melenchon embraced technology during the launch of his presidential campaign at a rally in Lyon on Sunday, with a 3D hologram of him making his speech appearing at the same time at another rally in Paris.

Melenchon, wearing a Nehru-style jacket, tried to use the hologram technology give a modern look to his launch, which coincided with that of the far-right leader Marine Le Pen.

Melenchon is certainly not the first politician to employ such technology— in 2014, then-Turkish prime minister Tayyip Erdogan used a huge hologram of himself to attract wider support, while India’s Narendra Modi trounced the opposition with a campaign that included holograms of his speeches in villages across the country.

Melenchon tried to position himself on Sunday as a key adversary of Marine Le Pen, choosing Lyon—and almost the same timing—for the launch of his campaign.

Le Pen, speaking in Lyon on Sunday, told thousands of flag-waving supporters chanting “This is our country!” that she alone would protect them against Islamic fundamentalism and globalisation if elected president in May.

There are some similarities between Melenchon’s platform and Le Pen’s, as both are sceptical of the EU and globalisation, but they differ sharply on other issues including migration.

During his speech, Melenchon mentioned the Socialist party’s presidential candidate Benoit Hamon, who has called on left-wing forces to unite.

Will Francois Fillon Save France From the Far Right?

“Everyone wants to abolish El Khomri (a labour law), including the Socialist candidate. I wonder what holds him back?” said Melanchon, who has between 11 and 11.5 percent support, according to Friday’s BVA poll.

The Socialists, weakened after the deeply unpopular presidency of Francois Hollande, have no chance of getting beyond the first round of the election in April, according to the latest polls.

The poll by BVA of voting intentions on Friday gave Hamon between 16 and 17 percent in the April 23 first round, behind far-right leader Marine Le Pen on 25 percent, independent centrist Emmanuel Macron on 21-22 percent and conservative Francois Fillon on 20 percent.