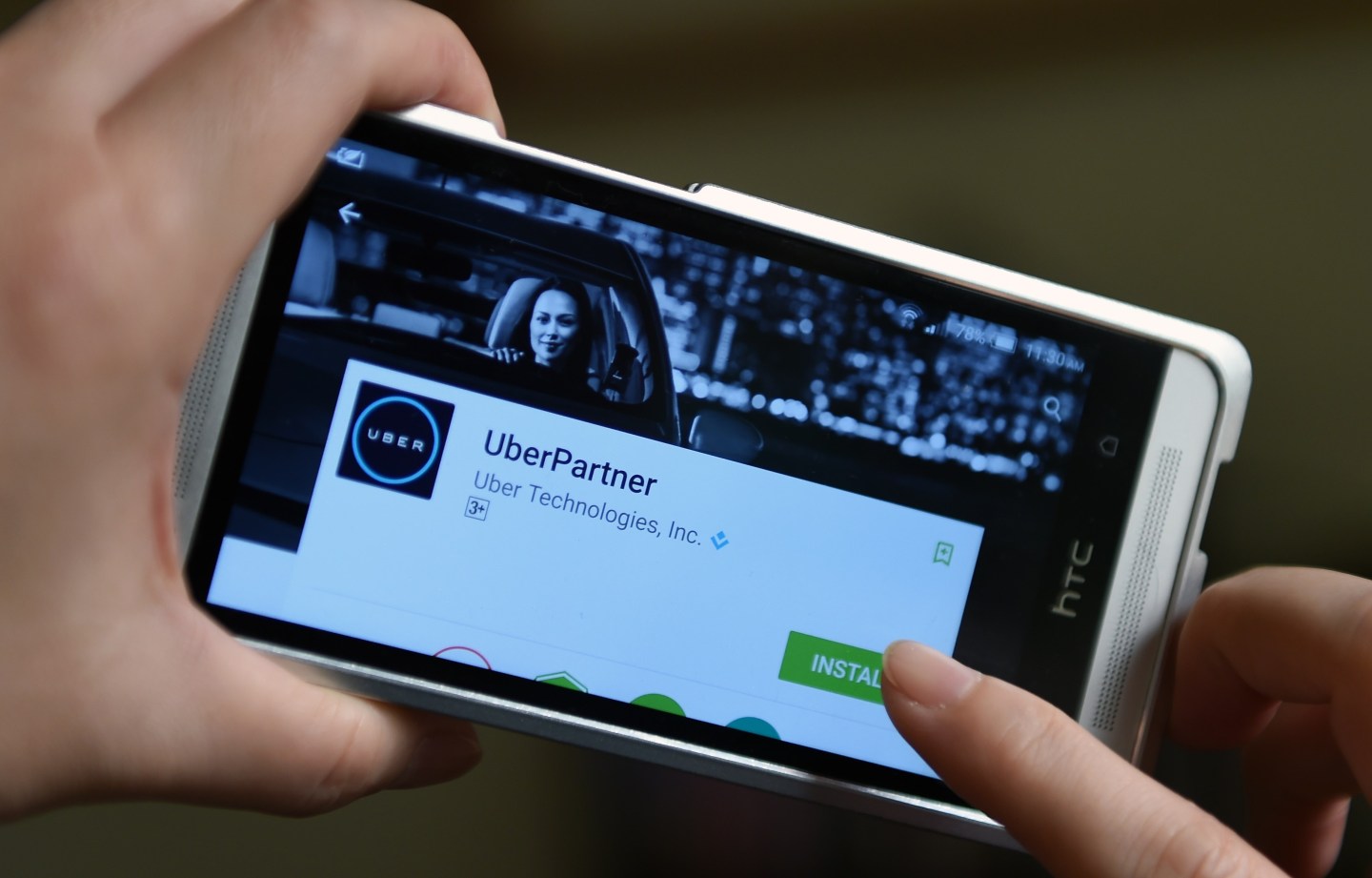 A user checks the Uber APP from a cellphone in Taipei on august 14, 2015. Taiwan has fined Uber a total of 1 million USD since September for improper registration, turning up the pressure on the app-based taxi service as authorities mull revoking its license to operate on the island. AFP PHOTO / Sam Yeh (Photo credit should read SAM YEH/AFP/Getty Images)
Photograph by Sam Yeh—AFP/Getty Images

Uber Technologies said it will suspend its service in Taiwan from Feb. 10, firing the latest salvo in the ride-hailing service company’s long-running dispute with the island’s authorities over mounting fines.

Uber’s move comes after Taiwan recently raised fines against unlicensed ride-sharing services, targeted at Uber, which the company said were the highest in the world. Taiwan has maintained Uber’s business is illegal, and at one point last year even considered ordering it to leave the domestic market.

The U.S.-based firm has been asked to pay T$328.59 million ($10.57 million) in fines so far, with over half the sum slapped on it since early January, when higher penalties of as much as T$25 million per infraction took effect, according to figures from Taiwan‘s Ministry of Transportation and Communications. Uber has paid T$68.25 million to date, the ministry said.

The company has protested fines against it and defended its model, and in November issued an open letter to Taiwan President Tsai Ing-wen to intervene, appealing to her push to turn Taiwaninto a Silicon Valley in Asia.

But the higher fines seem to have driven matters to a head.

“We will pause our operations until the president and her government find a solution,” Damian Kassabgi, director of Uber’s public policy in Asia-Pacific, said in an emailed statement.

Uber said there was no timeline for how long the suspension would last. The suspension would not affect UberEATS, its the meal takeaway service that relies primarily on scooters for deliveries and was launched in November last year on the island.

“From the view of protecting consumer rights, the government must have some control,” Hu Ti-chi, a ministry official, told a news briefing on Thursday. “Our position has never been to chase Uber out. If there is anywhere we can counsel we will provide it, but it must be a legitimate business.”

Uber operates in Taiwan as an internet-based technology platform rather than as a transportation company, which local taxi companies and Taiwanese authorities have said is a misrepresentation of its service.

The company has argued that it provides a technology service and has said there are over 10,000 driver-partners, mainly local citizens, registered on its platform in Taiwan who use the opportunity afforded by Uber to earn money.

Uber said in a statement that it had taken the initiative in discussions with Taiwan, including securing local insurance and reaching out to collaborate with the local taxi industry.

Uber, headquartered in San Francisco, has been facing similar legal scrutiny in markets across Asia. With steep fines imposed on its drivers in Macau, Uber had decided to pull out of the Chinese-ruled gambling hub, although later it aborted the plans citing support from residents.

In Japan, which bars non-professional drivers from offering taxi services, it was blocked by authorities from setting up in two cities while it also faced opposition from established taxi operators. But a window of opportunity finally cracked open with the ride-hailing firm starting pilot services for elderly people in rural towns last year.