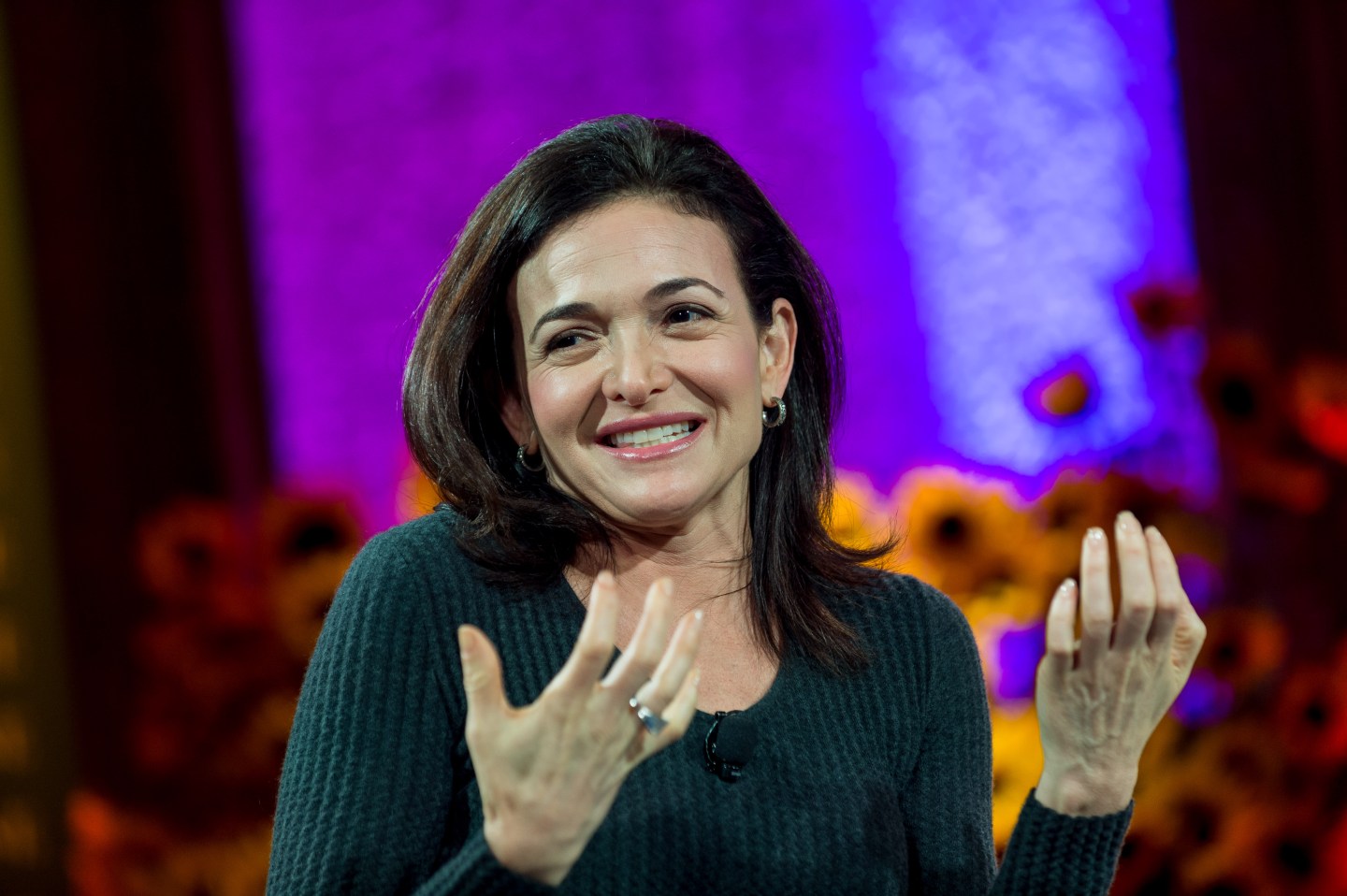 She wrote Tuesday in a Facebook post, “The Executive Orders issued over the past week defy the heart and values that define the best of our nation.”

Sandberg did not specifically mention Trump by name, but rather explained that the executive order to temporarily ban travel to and from seven Muslim-majority countries has led to distraught families and children who have “been detained in airports without their parents.”

She also said that the 90-day travel ban has been “particularly unforgiving for women” and that “anything that pulls families apart and traumatizes kids has a huge impact on women and their children.”

Facebook (FB) CEO Mark Zuckerberg said Friday when Trump first issued his executive order that he was “concerned about the impact of the recent executive orders signed by President Trump.”

My great-great-grandmother, Channa Bassa, left her home in Vilnius, Lithuania, to escape religious persecution. She arrived on Ellis Island in June 1889.

If Channa had not taken that difficult journey, I would not be here today – my family would almost certainly have perished in the concentration camps of World War II. Her courage – and the fact that this country welcomed her – created my family’s future.

The Executive Orders issued over the past week defy the heart and values that define the best of our nation. Families have been separated. Frightened children have been detained in airports without their parents. People seeking refuge have been turned away and sent back to the danger they just managed to flee. This is not how it should be in America.

Something that hasn’t gotten enough attention is how this harsher immigration climate is particularly unforgiving for women. Anything that pulls families apart and traumatizes kids has a huge impact on women and their children.

Long before this week, women – especially undocumented women – have been vulnerable to violence and abuse once they get here. Latina workers have been described as the “perfect victims” of sexual abuse; they are disproportionately more likely to be sexually assaulted at work. Undocumented women rarely contact local law enforcement about crimes like rape or domestic abuse, because they fear being deported if they do. Young women caught in refugee status are highly vulnerable to violence and exploitation and also often lose the chance at an education. We know that no investment has a higher return than girls’ education – for them, for their families and for the countries they may someday help rebuild.

When the United States turns away people fleeing violence or seeking new lives for themselves and their children, I can’t help but think of the girls and young women whose dreams and futures and safety hang in the balance – young women like my great-great-grandmother Channa.

In every generation since our country was founded, immigrants become new citizens and help us innovate and stay strong. How we treat some of the most vulnerable people on the planet says a lot about who we are. That history is something we must remember and honor now. #WeAreAllImmigrants