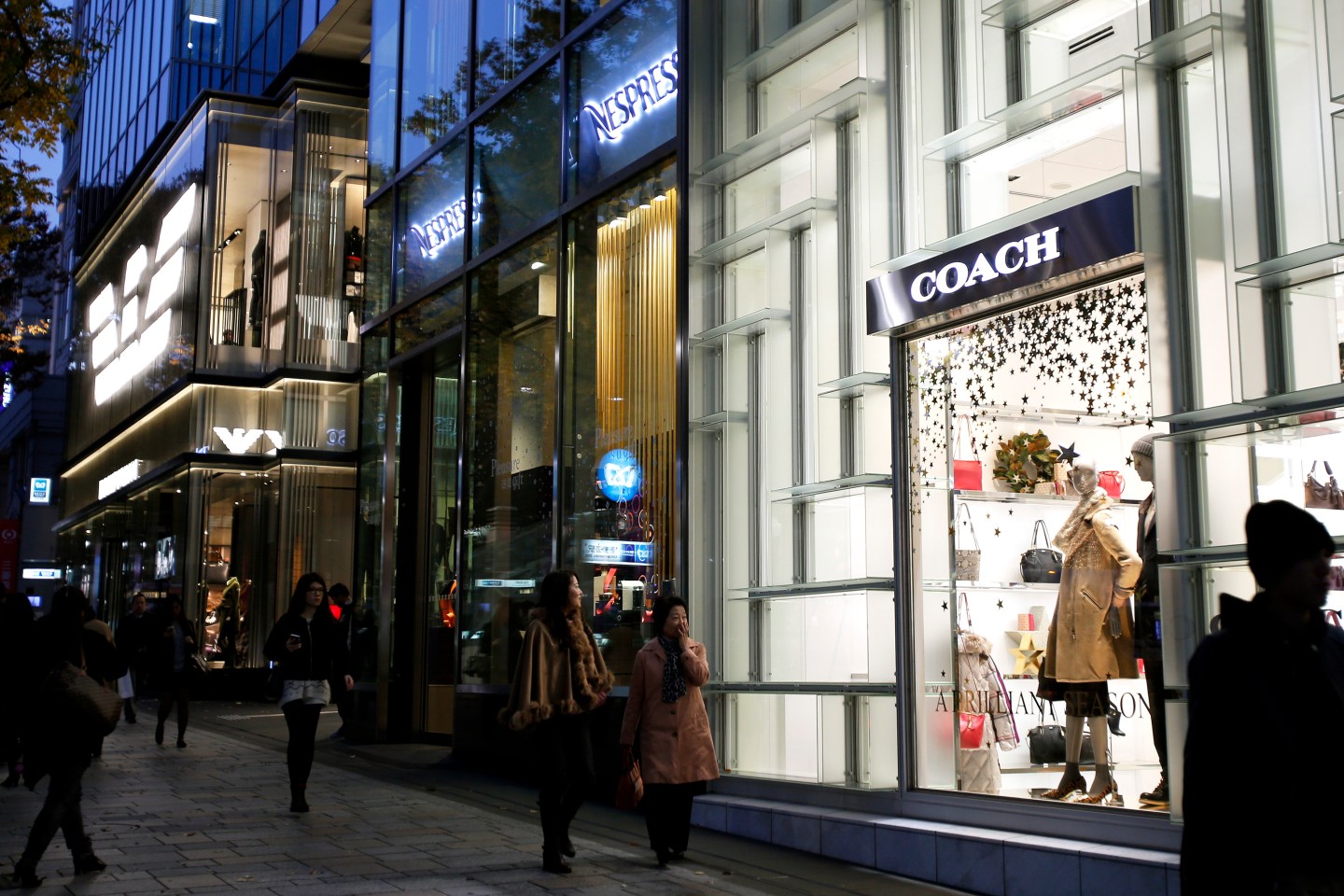 Coach (COH) appears to be doing the nearly impossible in retail: the brand is winning back its upscale reputation.

The leather goods maker on Wednesday reported a 3% increase in comparable sales in North America in the quarter ended Dec. 31, the third straight quarter of growth. It managed that feat despite a tough environment for many retailers, particularly department stores, by selling pricier handbags.

Coach only emerged a year ago from a major two-year slump that saw comparable sales in North America, its largest market, fall by 20-plus percent in several quarters, hurt by too big a focus on promotions, confusion in customers’ mind about what was sold at its nicer full-service stores compared to its outlets, and a reputation for always being on sale. The endless rebate signage at key distributors like department store chain Macy’s (M), only enforced that problem.

But in the quarter ending Dec. 31, which included the key holiday season, handbags costing $400 or more generated 50% of sales, up 20 percentage points from a year earlier. Leading the charge: its pricier runway-inspired Coach 1941 collection where prices range between $295 and $1,500. And the best selling bag at Coach in some recent months has been the $795 Rogue, a price the company can now get away with charging now that its upscale cred is on the mend.

“That’s a bag that a year ago, we wouldn’t have had permission to sell,” Coach President of North America and Global Marketing Andre Cohen told Fortune in an interview.

Coach has helped restore its upscale aura by cutting down drastically on online flash sales (indeed, its e-commerce sales declined as it continues to wean shoppers off those deals), exiting 250 U.S. department stores (out of 1,000 in all) by summer, presenting its fashions at runway shows and remodeling most of its own stores. It also recently signed on celebrity and tastemaker Selena Gomez to be its brand ambassador. And the New York-based company has also opened lavish flagship stores on Manhattan’s Fifth Avenue and London’s Regent Street. In addition, Coach has more clearly delineated the assortment at its full-line stores compared to its outlets and given store workers far more training.

“All of that has led to improved perceptions around the brand,” said Coach CEO Victor Luis in an interview. Earlier, he told investors on an analyst call that fewer consumers viewed the brand as being discount driven now than a year ago, citing company data.

Still, Coach’s total sales remain well below the pre-meltdown levels but profit is up: the company reported a 17.4% rise in quarterly profit with net income hitting $199.7 million. Net sales rose to $1.32 billion from $1.27 billion, in line with Wall Street expectations.

And all the while, rivals like Michael Kors (HORS) and Kate Spade (KATE) are only now beginning to address the same problems that plagued Coach a few years ago.