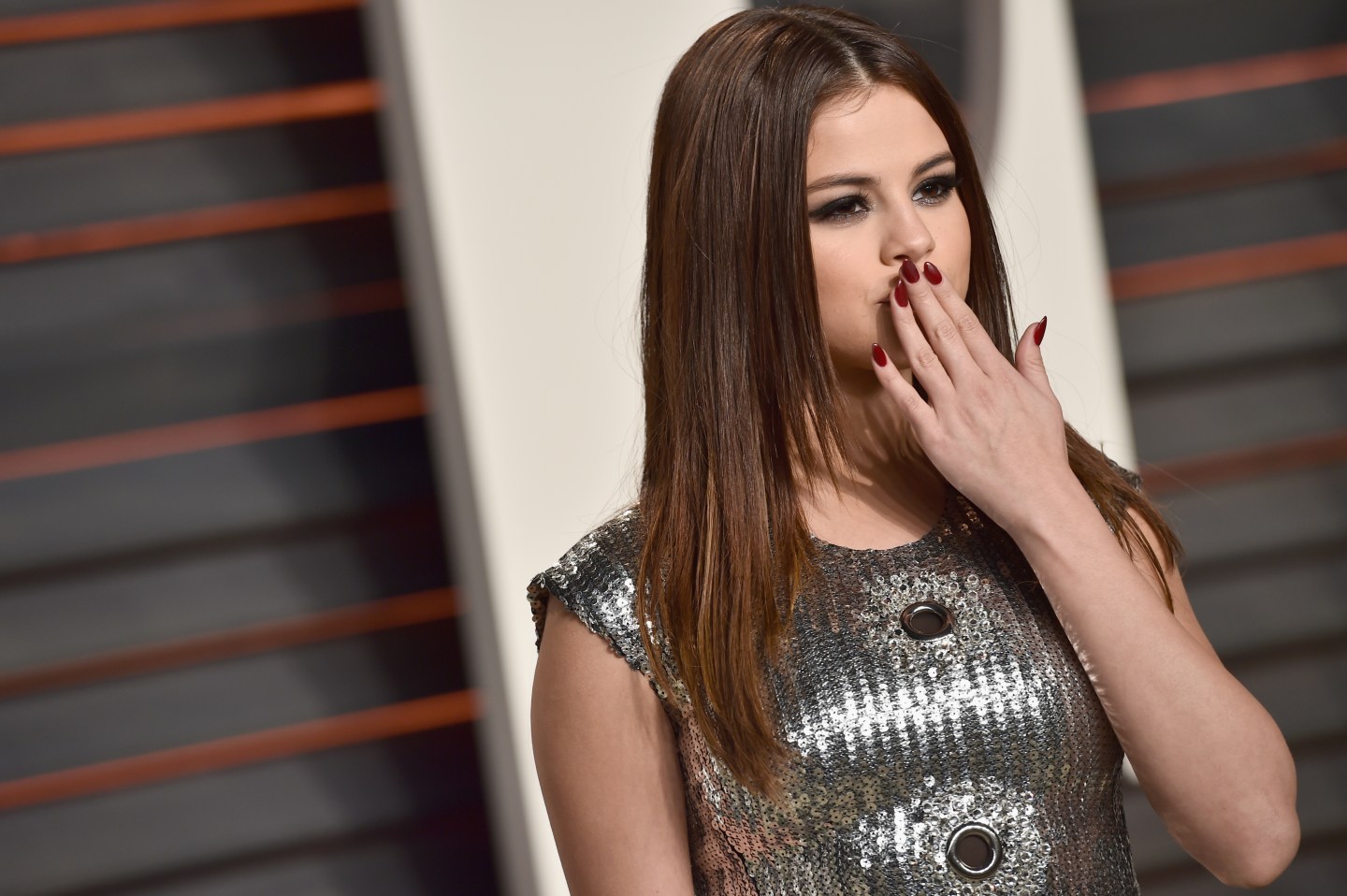 Coach (COH) said on Friday that it has signed on pop star and actress Selena Gomez to be the face of its brand, a major coup for the leather goods company in its efforts to attract a younger, hipper clientèle.

The partnership calls for Gomez to appear in the brand’s ads campaigns starting in the fall, work the Coach Foundation in its work with Step Up, an organization focused on girls in underserved communities, and collaborate with Coach’s star executive creative director Stuart Vevers on a piece for his fall collection. Contrary to some media reports earlier this week, the tie-up does not include a whole collection for Gomez.

“The fact that she has always loved Coach, and believed so strongly in our philanthropic mission, made her a true Coach Girl,” Vevers said in a statement.

Gomez, 24, is one of the biggest stars among millennials, both a television star and a successful singer (in November, she won an American Music Award for favorite female artist in the pop/rock category) with a massive social media presence. Perhaps most crucially for Coach, she is followed by 104 million people on Intagram, giving her enormous influence as a tastemaker: the most liked photo of all time on the platform is of her sipping from a bottle of Coke, garnering the shot 6 million “likes.”

when your lyrics are on the bottle 😛 #ad

And on Twitter, she has 46 million followers, more than twice as much as President-elect Trump.

The partnership comes as Coach is finally turning a corner and regaining its credibility among fashion followers and luxury spenders. Last month, the company reported its second straight quarter of comparable sales increases, albeit modest ones. Still, that has been a massive improvement over 20+% drops as recently as mid-2015. It has done that by hiring Vevers, presenting at fashion shows attending by celebrities and eschewing logo-bedecked merchandise and garish presentation.

The 75-year-old New York company has also restored its upscale aura by reducing its distribution at many department stores where it was presented as just one brand among many others, closed dozens of stores and also cut back on the promotions at its factory outlets. Coach recently opened an opulent new flagship on Manhattan’s Fifth Avenue.

As for Gomez, who at one point has a line of clothing at Kmart (SHLD), it’s a continuation of her courting of luxury names. This year she appeared in a Louis Vuitton ad. Though Coach did not disclose Gomez’ fee from Coach, some media reported pegged it at $10 million.