Why Twitter Is Talking About Steve Bannon With the Hashtag #StopPresidentBannon 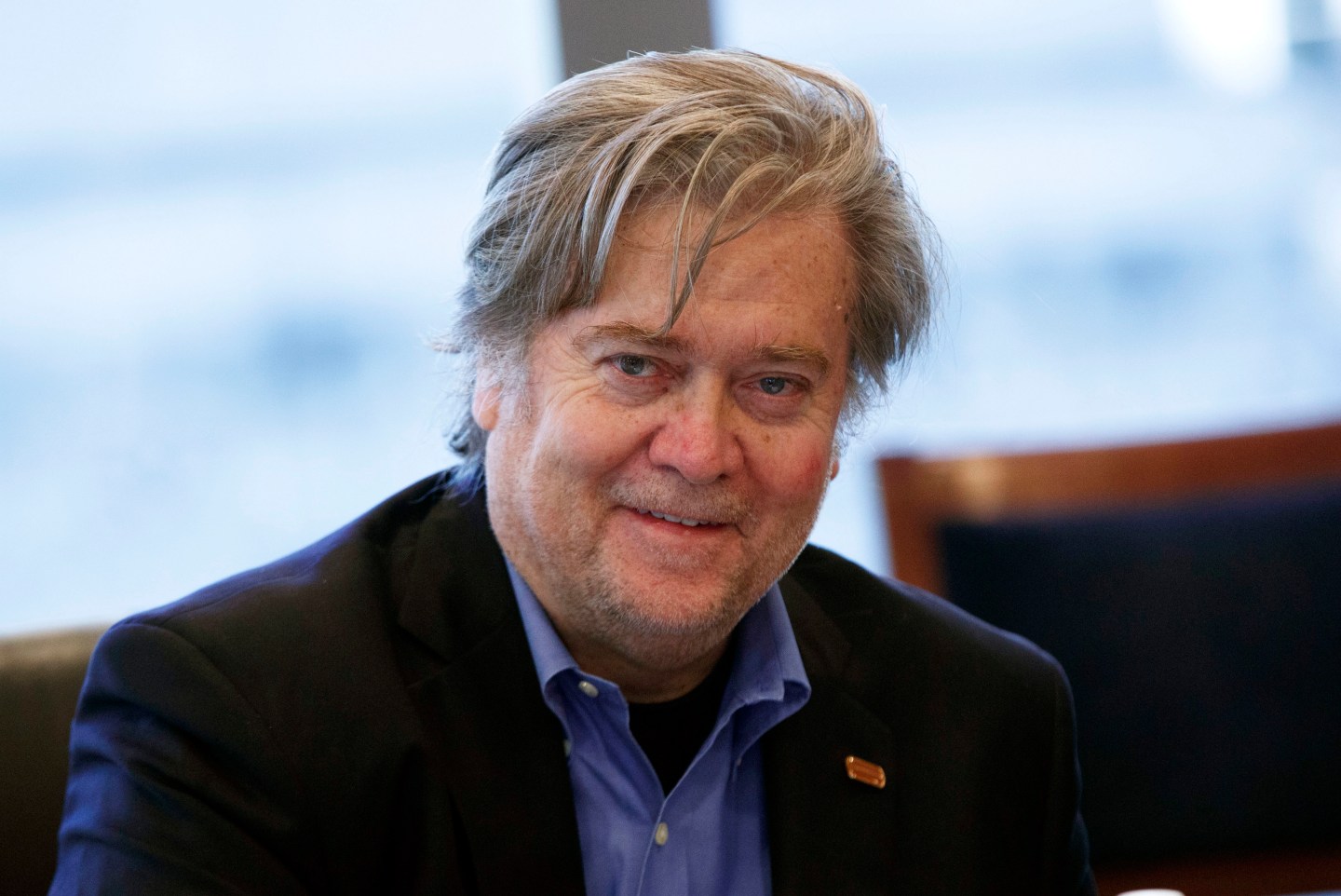 Bannon was promoted to a role on the National Security Council (NSC) on Saturday. The council is the main group that advises the president on national security and foreign affairs. With the move, Bannon will join “high-level discussions about national security,” according BBC News.

The move also shook up traditional makeup of the council, diminishing the role of military and intelligence leadership. According to the BBC, “the director of national intelligence and the joint chiefs will attend when discussions pertain to their areas.” Normally, the director and joint chiefs attend all meetings in the principals’ committee — the NSC’s inner circle, according to BBC.

Prior to joining Trump’s campaign and the White House, Bannon was the executive chairman of Breitbart News. Both Bannon and Breitbart have been criticized for their links to the racist and nationalist movement know as the “alt-right.”

As chief strategist, Bannon has also been a driving force behind many of Trump’s most controversial executive orders, namely the ban refugees and on entry by people from seven Muslim-majority countries.

All this has some questioning Bannon’s power in the White House — hence the trending hashtag.

How long until we are hiding people in our attics? #stoppresidentbannon

Dear @POTUS @realDonaldTrump We all know who is really in charge. You're already illegitimate, now you're unnecessary. #StopPresidentBannon

Since when does the Breitbart guy know more about national security than the Joint Chiefs and the CIA? Never! #StopPresidentBannon

We must #StopPresidentBannon – he is evil, destructive, sociopathic and violent. He has no place in the White House.