You Might Start Seeing Millions More of These Bikes Around China 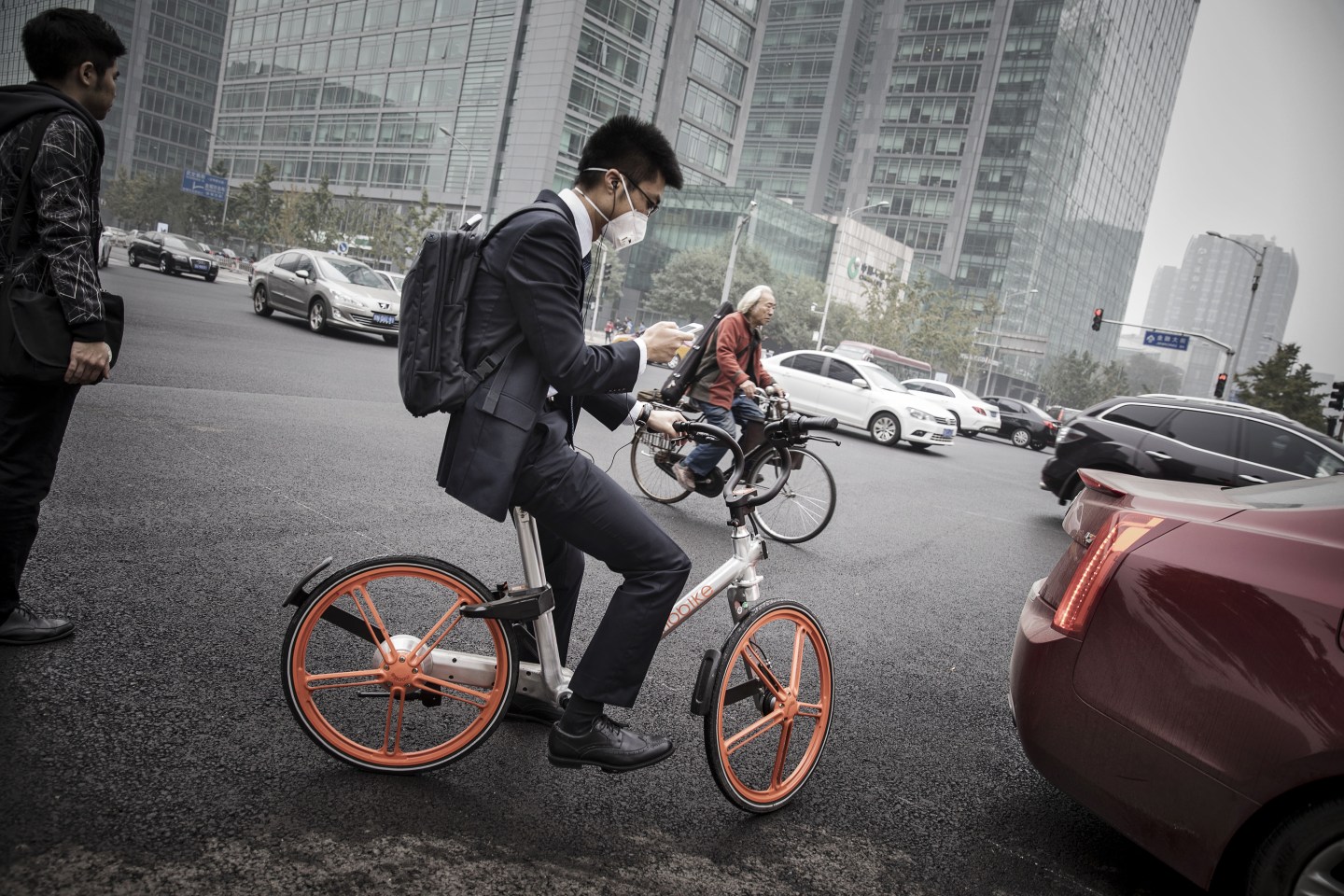 A man uses a smartphone as he rides a Beijing Mobike Technology Co. bicycle through an intersection in Beijing, China, on Wednesday, Oct. 19, 2016. This year's full meeting of the party's Central Committee, or plenum, could prove pivotal in President Xi Jinping's four-year effort to consolidate power. Photographer: Qilai Shen/Bloomberg via Getty Images
Qilai Shen/Bloomberg via Getty Images

China’s Mobike said it has joined hands with Foxconn to double the number of bikes it plans to make this year to 10 million, adding that the Taiwanese manufacturing giant had also taken a stake in the bike-sharing start-up.

Mobike, which is backed by Tencent and Warburg Pincus LLC, said that this year it will manufacture 5.6 million with Foxconn and the rest at its own plants with unspecified partners – a huge jump over 2016 when it made more than 400,000.

Terms of the deal with Foxconn, known formally as Hon Hai Precision Industry, were not disclosed.

Mobike, seen as one of most aggressive Chinese firms that allows users to find and rent bicycles through a smartphone app, said it is hoping the move will help it expand faster by lowering the unit cost of each bicycle.

The start-up raised at least $315 million in two funding rounds since October and says it is open to further investment. It has not disclosed valuations.

Founded in 2015, Mobike currently operates in 13 cities across China and has forged investor relationships with Huazhou Hotels Group and Chinese online travel site Ctrip.com International (CTRP) in a bid to reach travelers.

It also has international ambitions and has opened an office in Singapore.

The deal with Foxconn will see Mobike bicycles made in both new and existing Foxconn plants. Manufacturing bikes in the United States and Europe was also possible, Chief Executive Davis Wang told Reuters.

“Right now we are working with Foxconn to evaluate the possibilities,” he said, adding that the company plans to meet demand in different markets with local manufacturing.

Foxconn, which is one of China’s biggest employers and makes Apple’s iPhones among other products, said on Sunday that it may set up a display-making plant in the United States in an investment that would exceed $7 billion – a plan that comes as new President Donald Trump prioritizes U.S. jobs.