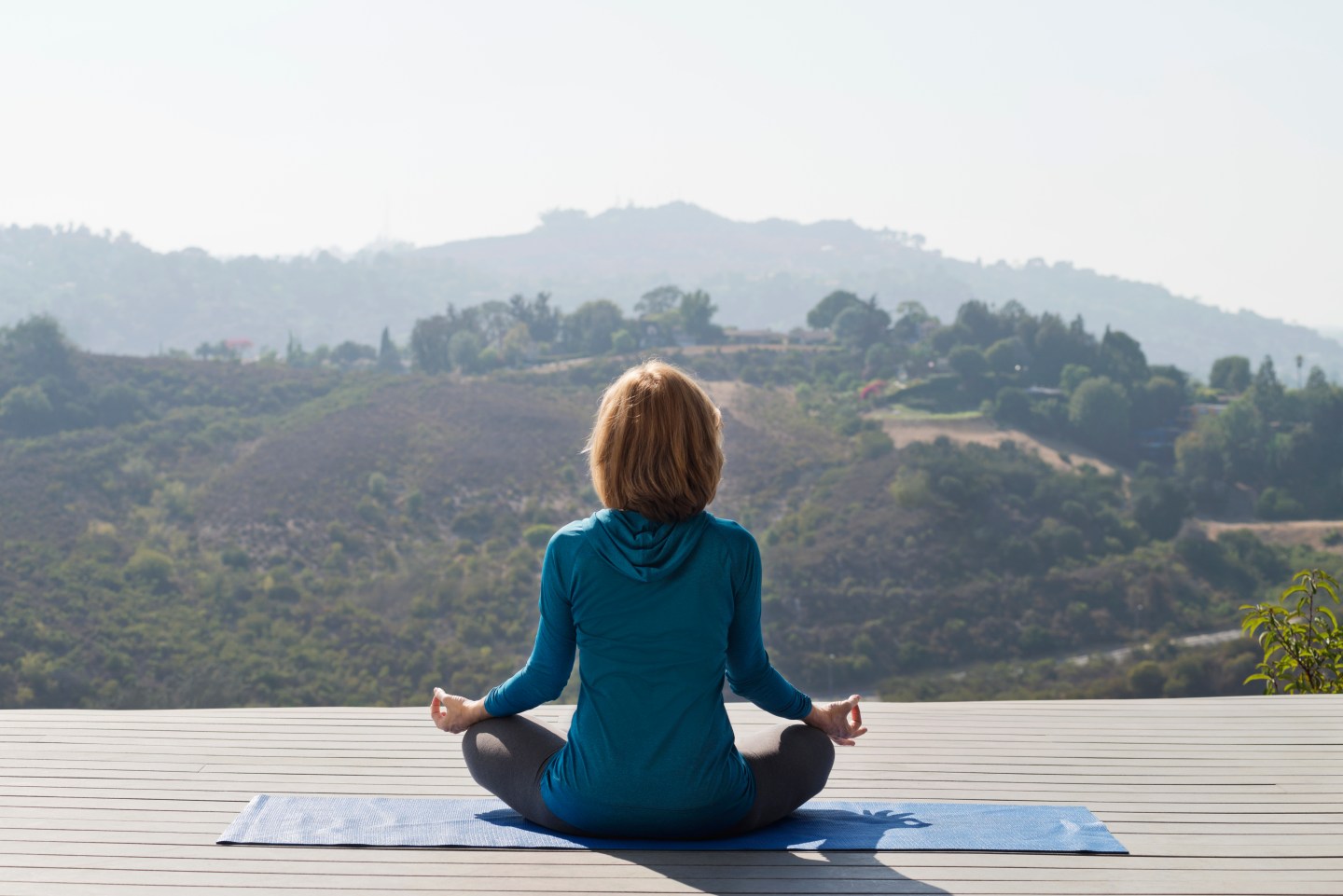 This article originally appeared on Uncubed.

It’s a new year. Our country is divided. We need meditation apps more than ever.

No wonder tech that focus on peace of mind has become big business.

“The new-age/woo-woo stink is coming off meditation, and it’s being recognized (and scientifically validated) as an incredibly useful tool for normal folks,” Ben Rubin, the CEO and co-founder of 10% Happier, told us. “Meditation has always worked. It’s finally becoming popular.”

Investors and users seem to agree.

Here is some of our favorite tech that targets peace of mind.

Perhaps the most well-known app in the meditation space, Headspace has raised $38.3 million and has used those funds, in part, to create quirky advertisements, like the one above. The app makes meditation simple and fast. 10 minutes a day is all you need, according to co-founder Andy Puddicombe who has a pretty impressive CV—he was a Buddhist monk. Users focus their mindfulness on areas of concern, like health, performance, or relationships, and their journey is tracked in the app. After a 10-day trial, the service is $12.95 per month.

Muse is a meditation app and futuristic looking headband ($250) that, according to the creators, uses brain-sensing technology to measure whether your mind is calm or active, and translates those signals into guiding sounds. InteraXon, the Toronto-based company that created Muse, has raised over $18 million. With its hardware and software, the company is working toward the ability to control objects with our minds. In the past they’ve created a levitating chair and a brain-powered beer tap.

This meditation app uses sounds and series, such as seven or 21-day courses, to guide users toward a meditation practice. Calm has hundreds of thousands of paying users and has been generating revenue since day one, according to founder and CEO, Alex Tew. “We found that people are really willing to invest in their personal well-being,” Tew told Tech Crunch. “We’re finding that it’s monetizing very well, conversion rates are very high, and our demographic is in line with people who like to spend money in this area.” After a trial period, the app costs $12.99 per month.

After struggling to raise funds earlier this year, Thync, is back from the dead and selling their dongle that sticks to a user’s forehead and offers a 10- to 20-minute “vibe session” for $199. Hardware creation can be pretty pricy, but the company has raised a total of $13 million to create “the first wearable technology that actively elevates your mood and lowers stress” by “gently stimulating nerves on the head and neck with safe, low level electrical pulses.” We think of it as forced meditation.

Nightline anchor Dan Harris co-founded this app after a panic attack during a Good Morning America appearance. He went on to write the New York Times bestselling memoir 10% Happier that focused on what led him to embrace meditation, a practice he’d long considered ridiculous. Now his company has launched the 10% Happier app, which delivers video and audio guided meditation lead by experienced teachers. Users also have access to a meditation coach. After the first seven days, the app costs $9.99 per month.

You want to master meditation on your own, but where should you go to get your Zen on? Think of mSpot as Yelp for contemplation spots like parks, gardens, and churches. mSpot is currently a fun side-project for creator Damian J Watson. “His dream is to one day pursue mSpot on a full-time basis to uncover and share the best mSpots in the world,” according to his website.

You could find a nice park or garden, or you could go to MNDFL, Unplug, Incape, or Primary to get your meditation fix. MNDFL, Unplug, and Inscape are part of a crop of new businesses that give meditationers a sleek space to practice. Think: Soul Cycle for meditation. Inscape is “multi-platform meditation brand,” according to its founders, with a 5,000-square foot Manhattan location and an app. Unplug has a studio in Los Angeles, and MNDFL has locations in New York City. Booking a cushion at one of these spots can cost over $20 a session. Primary combines coworking with mediation as well as other healthy endeavors like yoga, seasonal lunches, and fresh juices.

Already over meditation? What about hypnotherapy? HelloMind offers users 250 different hypnotherapy treatments like ones for overcoming stress, anxiety, insomnia, and weight gain. Find a comfortable spot and let the audio guide you. These are not for the commitment-phobic, though–many treatments have several 35-minute sessions. The app does offer quicker booster treatments on topics like improved confidence and increased motivation.

HelloMind was created by Danish hypnotherapist Jacob Strachotta, who employs the self-explanatory “Result Driven Hypnosis” method, which he developed. He told us: “Self-improvement is not a new topic, but mobile apps are making it increasingly more accessible to do this in the comfort of your own home at your own time.”