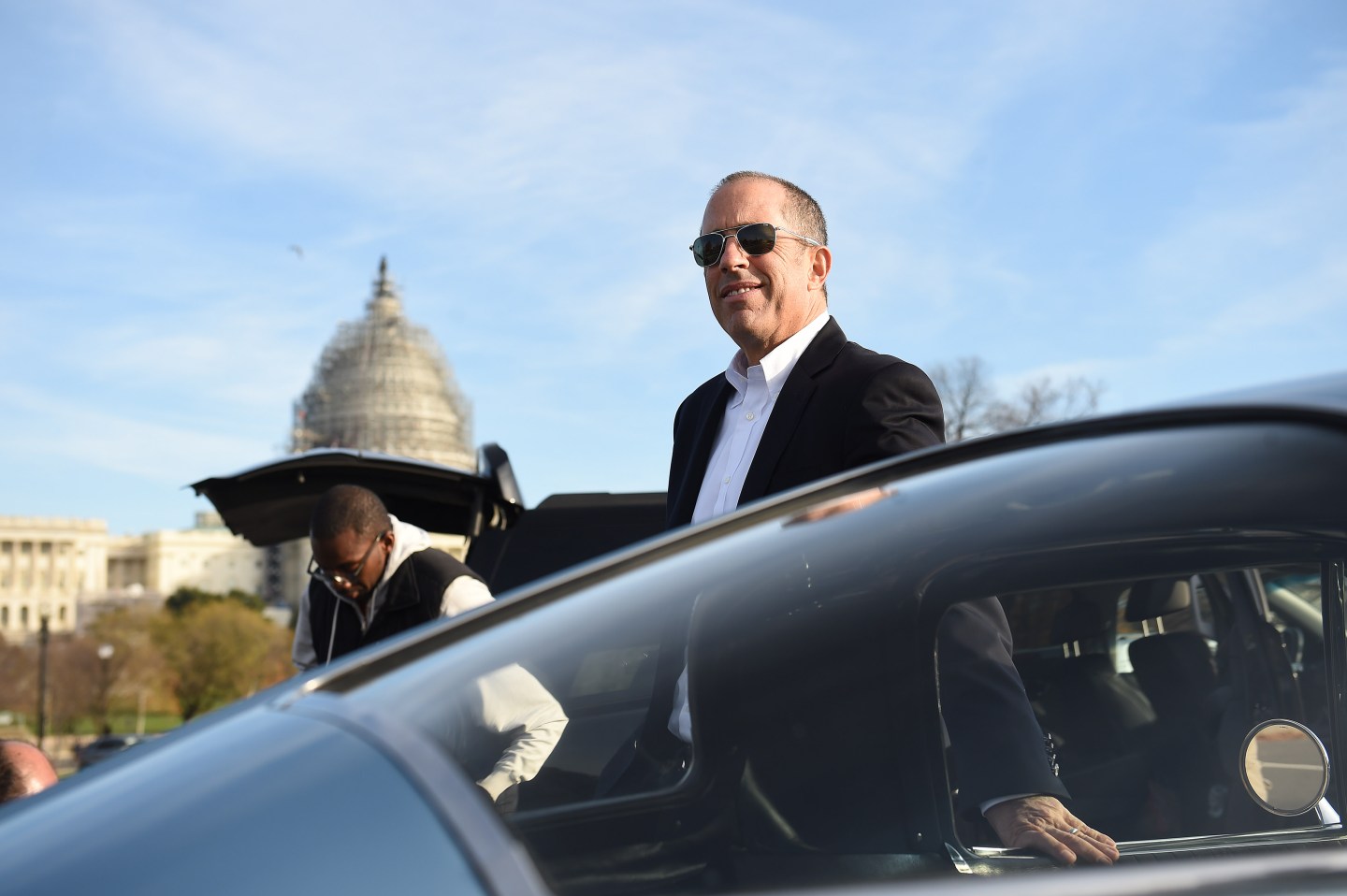 The streaming service will spend $6 billion to churn out more than 1,000 hours of original content this year. Now, a portion of that large sum of money will go to Seinfeld, who is leaving behind Sony’s Crackle streaming service to bring the Emmy-nominated web series Comedians in Cars Getting Coffee to Netflix.

In a deal announced on Tuesday, at least 24 new episodes of Seinfeld’s talk show—which features his conversations with fellow famous comedians as they drink coffee while zipping around in vintage cars—will begin streaming on Netflix later this year. Netflix will also get the rights to stream all 59 past episodes of the five year-old show starting in late-2017.

Under the deal, Netflix will also get the exclusive rights to two new stand-up specials starring Seinfeld in addition to scripted and non-scripted content that he develops for Netflix in the future.

In a statement, Netflix chief content officer Ted Sarandos called Seinfeld “a great TV innovator and beloved comic voice.” In his own statement, Seinfeld called Netflix an amazing platform for comedy that has evolved over the years.

“When I first started thinking about Comedians in Cars Getting Coffee, the entire Netflix business model consisted of mailing out DVDs in envelopes. I love that we are now joining together, both at very different points,” Seinfeld said.

Netflix and Seinfeld did not disclose the amount of money involved in their deal, though The Hollywood Reporter cited industry sources who estimated the deal could be worth as much as $100 million in total. That may seem like a hefty price tag—even when you consider Netflix’s multi-billion content budget—but remember that Sony sold the streaming rights for Seinfeld, the iconic sitcom the comedian created with Larry David, to Hulu for a reported $180 million in 2015. (Seinfeld will continue to stream exclusively on Hulu.)

As Netflix continues to strike deals for new content, the streaming service has made a habit of partnering with some of the biggest names in comedy. Seinfeld is the latest addition to a list that already included Chris Rock, Jim Gaffigan, and Dave Chappelle—all of whom signed big deals recently to produce stand-up specials exclusively for Netflix. And, comedian Chelsea Handler also signed a broad deal with Netflix in 2014 that included agreements to produce a talk show, stand-up special, and other programming. In fact, Seinfeld’s deal with Netflix came just a few days after the company landed Amy Schumer’s latest stand-up special. (Both Schumer and Rock had produced their most recent stand-up specials for HBO.)