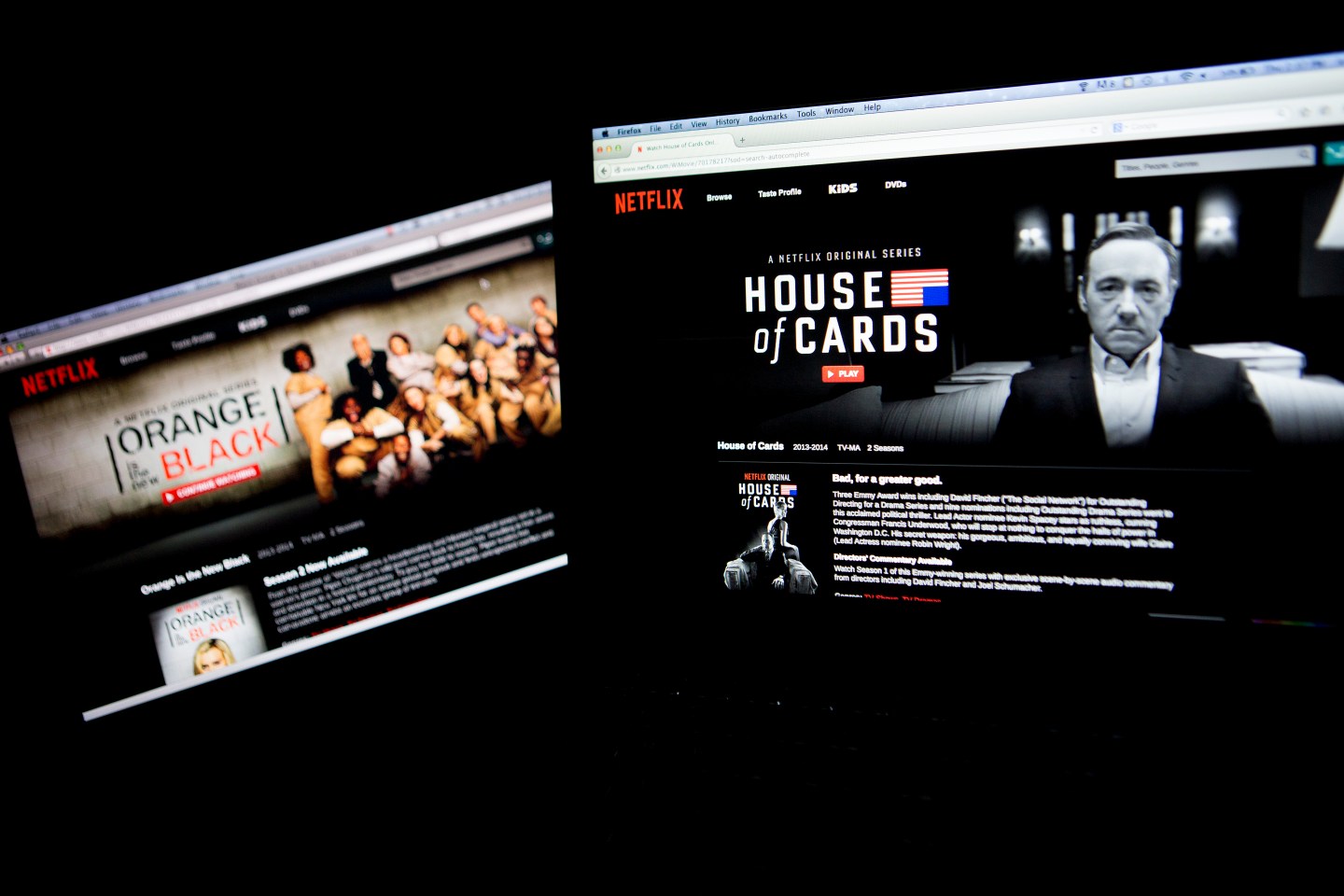 Netflix’s shares looked set for their best day in 15 months on Tuesday, after the company added 50% more subscribers than expected in the third quarter.

At least 10 brokerages, including Goldman Sachs (GS) and RBC Capital Markets, raised their price targets on the stock, praising the company’s focus on developing original content.

The video streaming company also said it was getting ready to spend $6 billion on content next year, up $1 billion from 2016.

“The benefits of NFLX-produced original content including attractive economics and greater control are clear and we believe returns on original spend are high,” J.P. Morgan Securities (JPM) analyst Doug Anmuth said in a research note.

Anmuth said he believed Netflix was on track toward 60 million plus subscribers in the United States and about 100 million internationally by 2020.

The company has often been criticized for spending too much on content as it tries to aggressively gain subscribers outside the United States, its main market.

The company added about 3.20 million subscribers internationally in the third quarter, compared with the 2.01 million average analyst estimate.

In the United States, Netflix added 370,000 subscriptions, compared with analysts’ estimate of 309,000, according to research firm FactSet StreetAccount.

Though the company’s stock has fallen nearly 13% this year, it still trades at 356 times forward earnings, versus the peer median of 5.88.

The second season of Narcos” a Netflix original show on Colombian kingpin Pablo Escobar, has proved highly popular, following up on the success of Orange is the New Black and House of Cards.

The company plans to launch The Crown, a show about the reign of Queen Elizabeth II.

Netflix plans on releasing over 1,000 hours of original programming in 2017, up from 600 hours this year.

“This is unprecedented growth that should drive a substantial improvement in the breadth and depth of content on the service, which should provide a tailwind to subscriber growth in 2017,” said Pacific Crest analyst Andy Hargreaves.

The company, which faces competition from the likes of Hulu and Amazon.com (AMZN), said it would likely tap the capital markets to fund spending on original content.