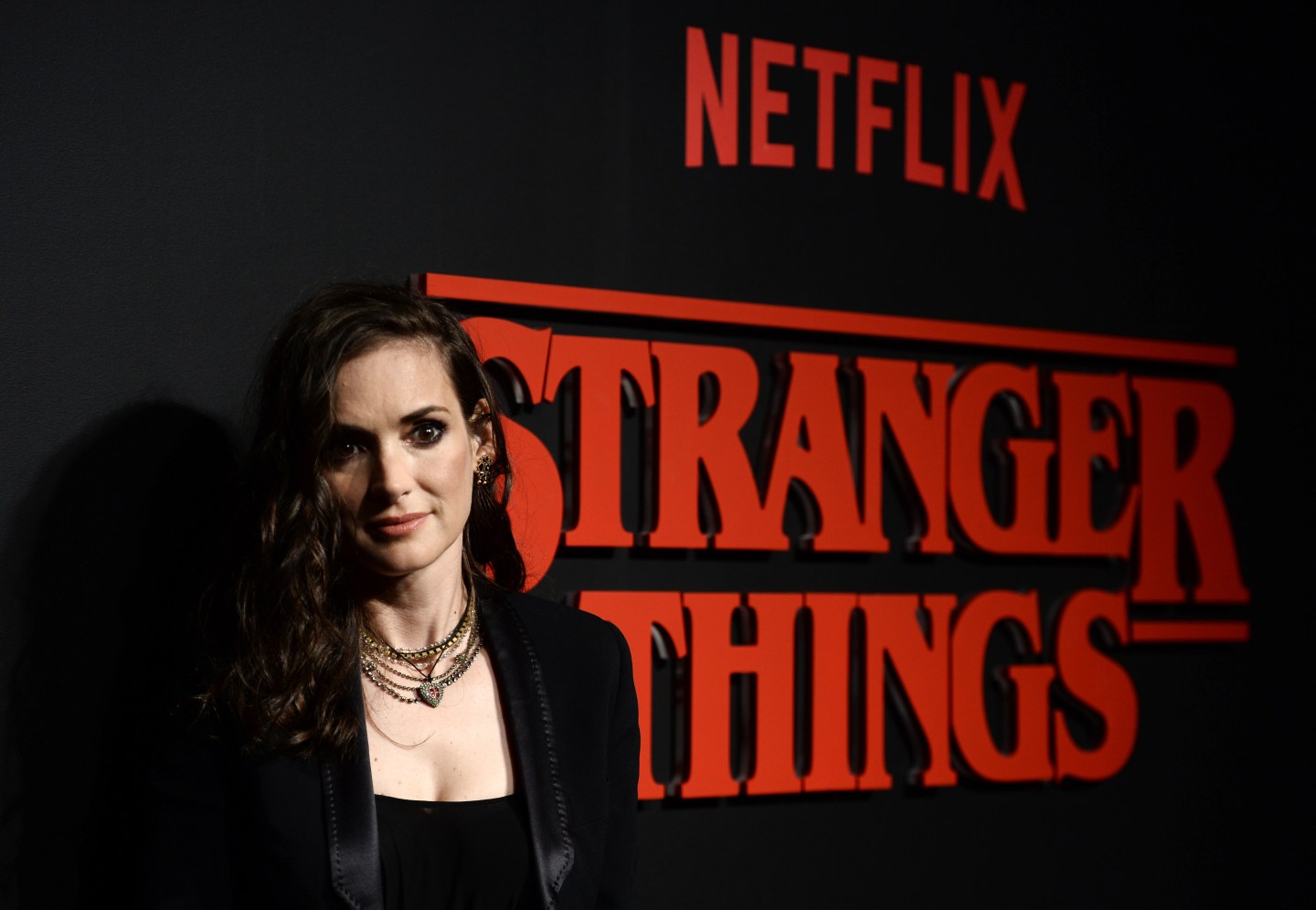 Despite a long line-up of popular shows like Narcos and Stranger Things, Netflix the company has been under some pressure—and so has its share price—primarily because of fears about what the future might hold.

At least some of those concerns still remain. But for the time being at least, Netflix CEO Reed Hastings seems to have calmed the stock market’s rough waters.

After a blockbuster earnings report, the company’s shares (NFLX) soared by more than 20% at one point in after-hours trading on Monday. The uptick added almost $10 billion to the company’s market capitalization, and set a new high for the year.

Two major concerns for investors and analysts over the past few months have been Netflix’s growth prospects internationally, as well as the massive amounts of cash ($5 billion this year alone) that it is spending on developing new shows.

On both of those fronts, however, Hastings gave the market some very soothing results. The company’s international subscriber base grew by 3.2 million in the quarter, which was significantly better than most analysts had been projecting.

Not only that, but Netflix also crushed Wall Street profit targets for the company. Instead of making 6 cents a share, it made twice that amount.

Last quarter, it was a very different story. The company reported significantly worse subscriber numbers than it had predicted—it only added 1.7 million new paying users, instead of the 2.5 million it had told the market to expect, a miss of 30%.

At the time, Hastings essentially apologized for the poor results, saying “We are growing, but not as fast as we would like or have been.”

So what made the difference this time? Netflix said enthusiasm for new shows like Stranger Things is the main reason, but its subscriber numbers were probably also boosted by the easing of the “un-grandfathering” effect that hit it last time.

In a nutshell, Netflix has been removing the discount that many subscribers had on the streaming service since they signed up, and that has meant a rise in people cancelling their accounts, upset by the jacked-up price.

Although that effect may have depressed the company’s numbers, it seems to be be lessening, and the resulting increase in revenue is helping the bottom line. Netflix also said that it has had better than expected growth in international markets.

The company isn’t out of the woods yet, however. The huge amounts of spending it is undertaking to expand its original content is taking a toll on the balance sheet—cash flow in the latest quarter was negative $500 million.

At least some analysts say they believe that Netflix will benefit over the long term from this investment in content.

“The margins are low right now because they are investing,” Piper Jaffray analyst Michael Olson told Bloomberg TV. “It creates some volatility, but you have to look at the longer-term trends, which is generally up and to the right.”

Sceptics, however, note that Amazon (AMZN) is also investing heavily in new content for its Amazon Prime Video service, and that it has far deeper pockets than Netflix will ever have, unless the latter gets acquired by someone like Apple or Disney.

The company said it will release more than 600 hours of original content this year and almost twice that amount next year.