Google’s New Idea Reveals How It Might Compete With Uber 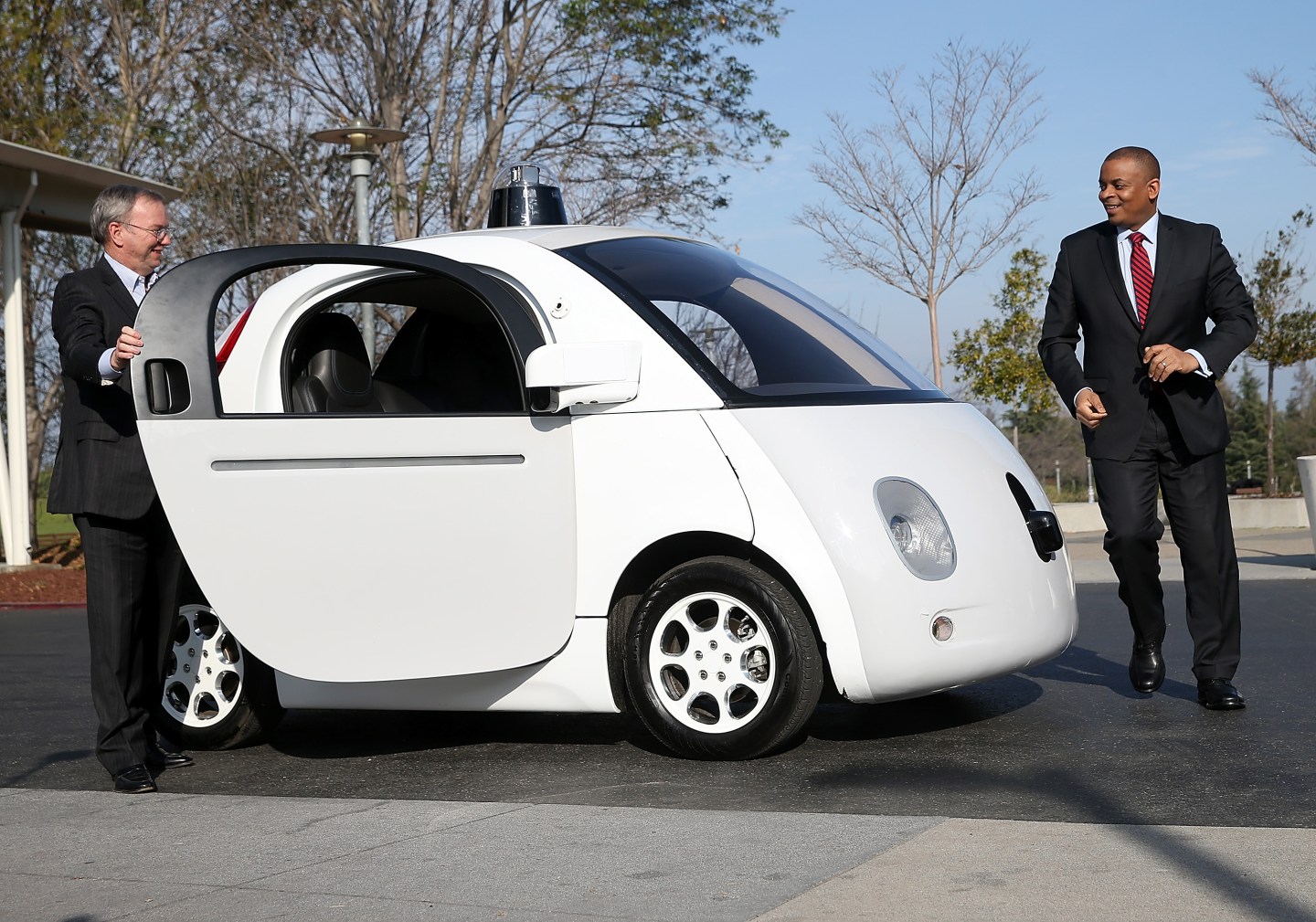 Google has been developing self-driving car technology since 2009, and the company is reportedly planning to launch its own ride-sharing service that could rival Uber and Lyft.

Now, a recently published Google patent application provides some insight as to how the search giant might deploy autonomous taxis capable of knowing where to meet passengers despite unforeseeable road circumstances.

The patent application, which is dated December 2016 and was discovered by blog Patent Yogi and The Verge, describes a memory system for self-driving cars to store map information, including predetermined locations for picking up and dropping off passengers. There are a number of potential obstacles that could make it difficult for a driverless taxi to safely stop in order to receive or drop off a passenger: most notably the presence of construction or emergency services, as the patent notes. Certain areas may also have a speed limit that’s too high for a self-driving car to stop and wait for a passenger.

The technology described in Google’s patent aims to make it easy for autonomous cabs to find customers even in these circumstances by keeping a catalogue of predetermined areas that are convenient for meeting passengers. When a user requests a ride through a mobile device, the self-driving car’s system would be able to suggest a safe pickup area close to the customer’s location, according to the description in the document.

To find these suggestions, the autonomous car would refer to map data that includes information on buildings, construction zones, real time traffic conditions, and other similar elements in the area, which it could gather from a mix of sources including government institutions, manually entered data, or material collected in real time from self-driving vehicles. The user could also provide the system with preferred locations.

Google (GOOG) technically already offers a ride-sharing service through its Waze Rider app, but that’s limited to the Bay Area. It does not yet offer a platform that’s as widely used as Uber or Lyft. Google is said to be launching a taxi-hailing platform featuring semiautonomous Chrysler Pacifica minivans that could debut as early as the end of this year, according to Bloomberg. Google has also previously filed patents related to helping autonomous vehicles maneuver safely, such as one that describes how they may communicate with one another on the road.

Are Google and Uber About to be Ride-Booking Rivals?

The patent application is surfacing as Google recently announced plans to spin off its self-driving car unit into an independent entity within parent company Alphabet called Waymo. While there’s no indication that the technology described in the patent application will ever be implemented into any of Google’s products, it’s further evidence that transportation and technology companies alike are focusing heavily on self-driving car advancements.

Uber, which received a $258 million investment from Google in 2013, is testing self-driving vehicles in areas such as Arizona and Pittsburgh, Penn. Uber also acquired autonomous trucking startup Otto in August. John Zimmer, president of taxi hailing service Lyft, predicted in September that autonomous vehicles will account for the majority of the service’s rides in five years.