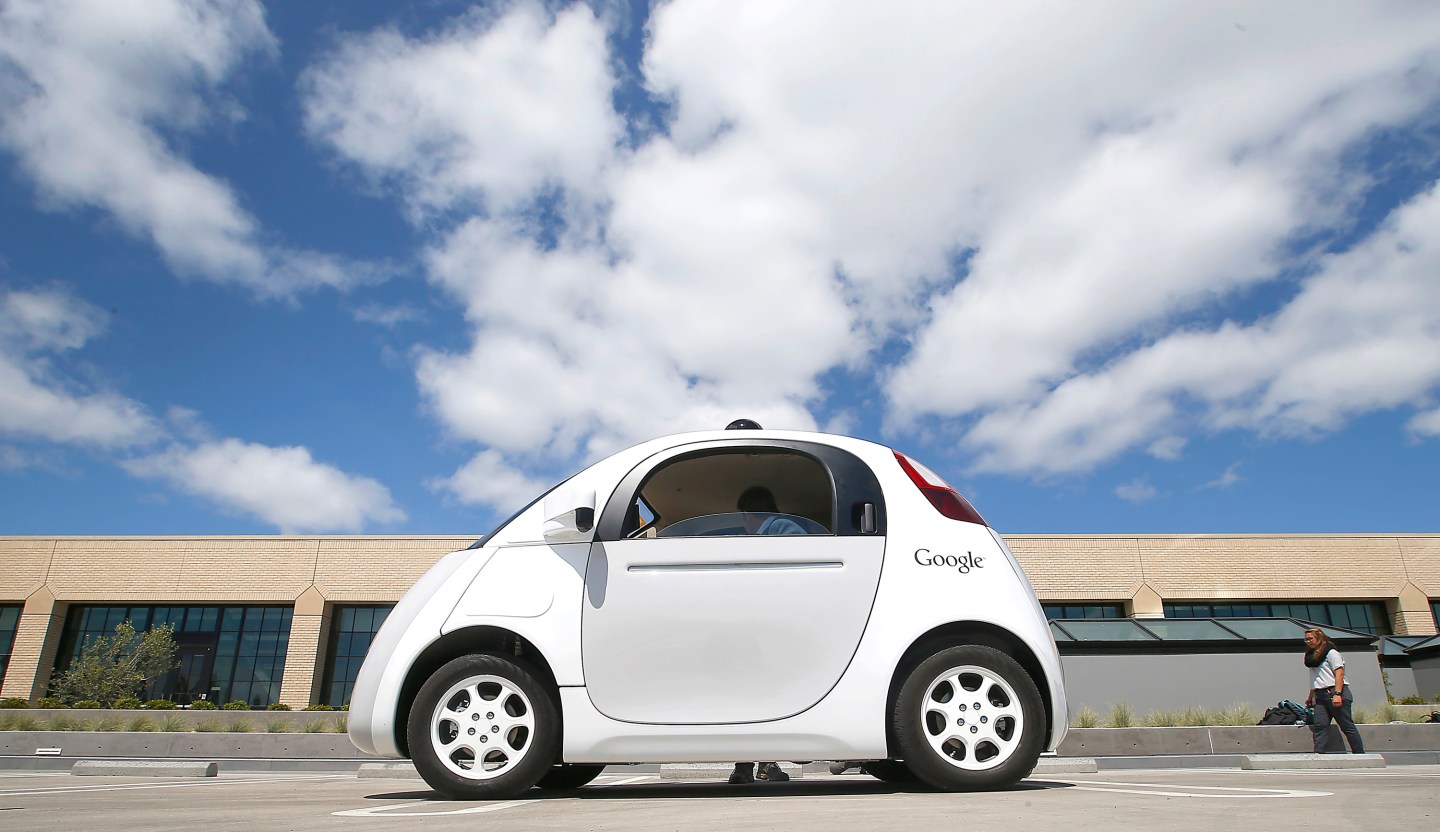 FILE - In this May 13, 2015, file photo, Google's new self-driving prototype car is introduced at the Google campus in Mountain View, Calif. California regulators have changed course and in redrafted regulations released late Friday, Sept. 30, 2016, opened a pathway for the public to get self-driving cars of the future that lack a steering wheel or pedals. It’s not going to happen soon, because automakers and technology companies are still testing prototypes. The redrafted regulations will be the subject of a public hearing next Oct. 19 in Sacramento. (AP Photo/Tony Avelar, File)
Tony Avelar—AP/File

Google’s self-driving car project is leaving the moonshot factory Google X and is spinning out to become a company called Waymo.

The new company, which will be headed by long-time automotive executive John Krafcik, will be housed under Google’s parent company Alphabet.

Alphabet describes Waymo as “a self-driving tech company with a mission to make it safe and easy for people and things to move around.”

“As we look at this space, we can imagine our self-driving technology being used in lots of different ways,” CEO John Krafcik said in a presentation.

The company had planned to commercialize its self-driving cars by 2020. This move represents a pivot of sorts as Google moves to license its self-driving technology to third-party companies including automakers and ride-hailing firms as opposed to building their own transportation as a service company.

This is a developing story.