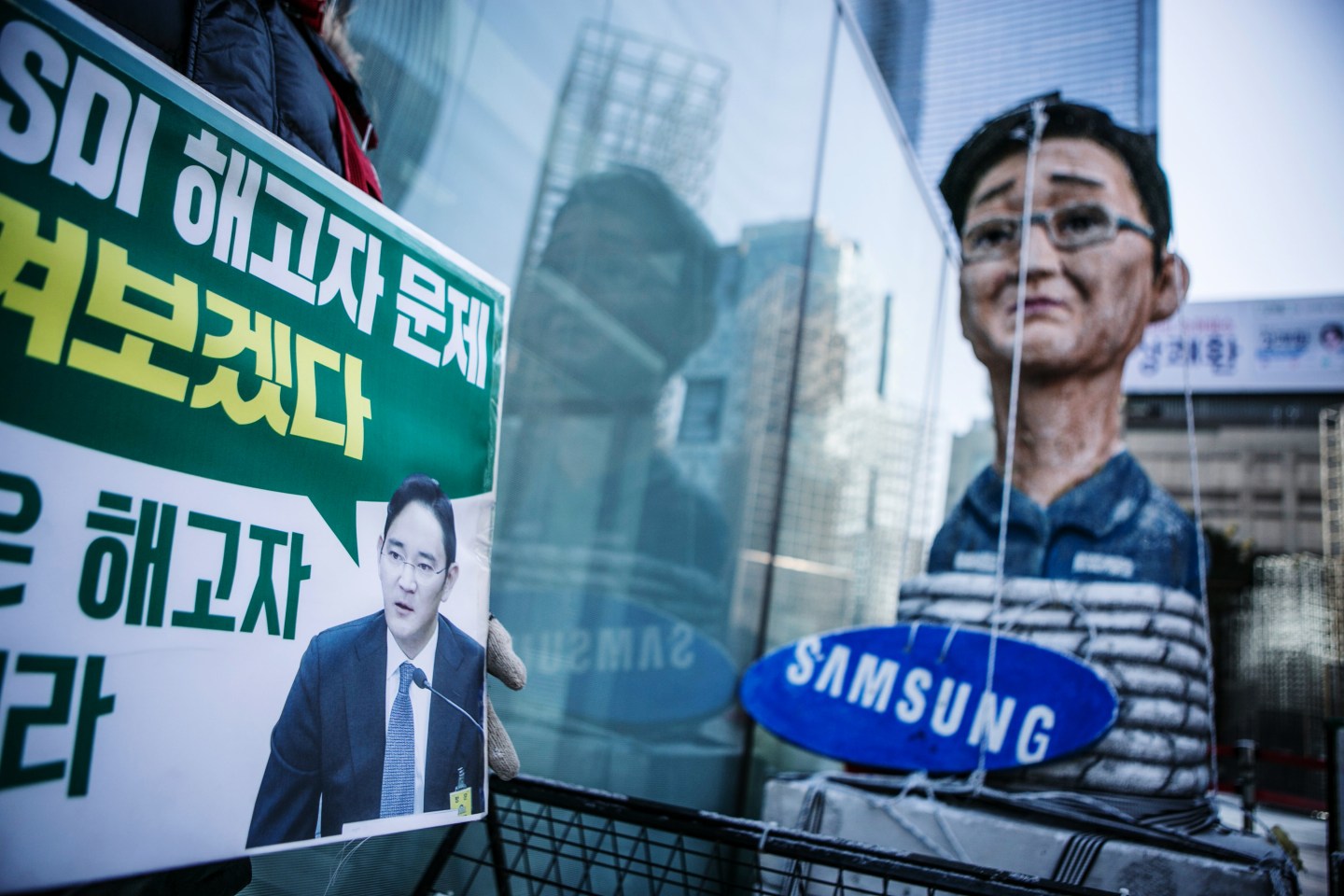 A protester walks past an effigy of Jay Y. Lee, co-vice chairman of Samsung Electronics Co., outside Samsung's Seocho office building in Seoul, South Korea, on Friday, Jan. 13, 2017. Prosecutors questioned Samsung vice chairman and heir apparent Jay Y. Lee for about 22 hours in an influence-peddling probe that has reached the highest levels of government and business in South Korea. Photographer: Jean Chung/Bloomberg via Getty Images
Jean Chung/Bloomberg via Getty Images

South Korean conglomerate Samsung Group said on Monday it could not accept the special prosecutors’ accusations that its leader, Jay Y. Lee, paid bribes to further his succession or the merger of two affiliates in 2015.

“It is difficult to understand the special prosecution’s decision,” Samsung Group said in an email statement in response to the special prosecutors’ decision to request an arrest warrant for Lee, the third-generation leader of South Korea’s top conglomerate.

The prosecutors also said in their indictment of National Pension Service (NPS) chief Moon Hyung-pyo that he received an order from President Park Geun-hye to help the 2015 merger of Samsung C&T and Cheil Industries succeed.

Moon was indicted on charges of abuse of power and giving false testimony. He was arrested in December after acknowledging ordering the world’s third-largest pension fund to support the $8 billion merger last year of two Samsung Group affiliates while he was head of the health ministry, which oversees the NPS.