Scrapping Obamacare Without a Backup Plan Hurts Us All 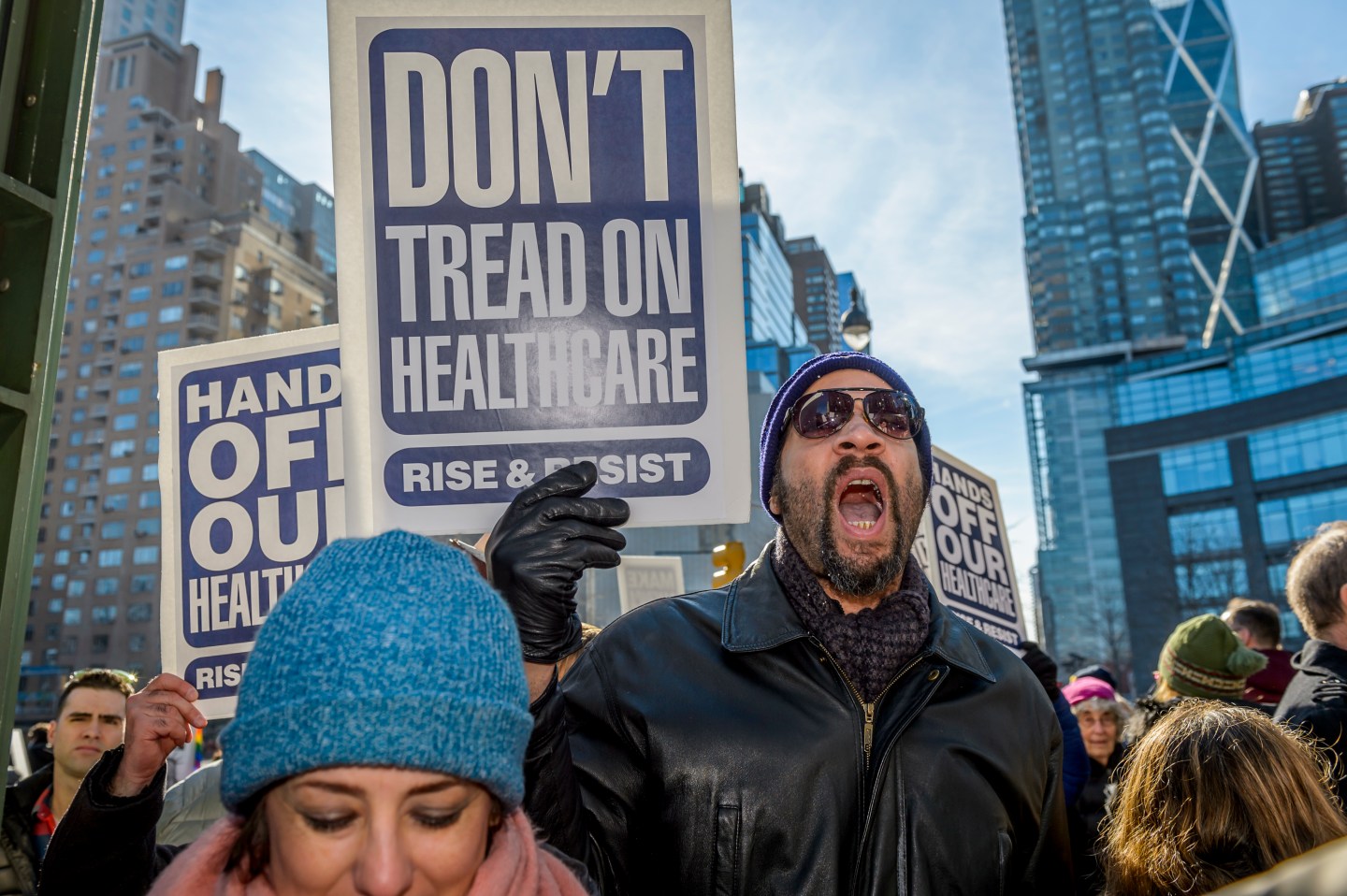 Kicking off the new year with spirit, the Senate voted last Thursday to take the first official step toward repealing the Affordable Care Act (ACA). While even some Republicans expressed concern that the repeal process is moving too quickly, the vote is perhaps not as surprising as it may first seem. Having run on a platform of dismantling Obamacare during the 2016 election, Republicans are feeling the pressure to make good on their promise.

On Wednesday, President-elect Donald Trump endorsed the third option. Yet neither he nor other Republicans have provided concrete details regarding a replacement. Such uncertainty surrounding the future of healthcare does not bode well for the American people.

The first two options would be nothing short of disastrous—and not just for people who get insurance from the exchanges and Medicaid expansion. Millions of Americans would lose their health insurance, premiums would spike, and state budgets would become overwhelmed by healthcare costs. These cannot—and should not—be the Republicans’ desired results.

Recent polls show that only 20% of Americans actually support repealing the ACA without simultaneous passage of a replacement plan. Unfortunately, the GOP congressional leadership has discarded this approach in favor of immediate repeal with vague, long-term discussions of a replacement plan. As Rep. Kevin McCarthy has stated: “I don’t want to set a time limit that this has to get done by [a] certain date.”

Ever since passage of the ACA, Republicans have pledged to repeal and replace it. Yet over the past seven years, they failed to agree on a single coherent replacement option—and are unlikely to ever do so. Republican ideology makes it hard to support any replacement plan that provides comprehensive, affordable coverage without excluding people based on preexisting conditions.

Such a plan would require incorporation of some of the ACA’s key components, such as the individual mandate and minimum benefits package. If a Republican plan lacks an individual mandate, it is likely that the young and healthy will choose to leave the insurance marketplaces. Without healthy people buying insurance, the marketplaces will see an unsustainable rise in premiums. And without a minimum benefits package the ban on the preexisting condition exclusion is meaningless, as people with high-cost illnesses could be stuck purchasing insurance plans that do not cover all of the care they need. A plan for a cancer patient might, for example, exclude chemotherapy.

Pressure of electoral defeat or the desire for a bipartisan compromise seem to be the only ways that Republicans could look past their old rhetoric to enact a workable replacement plan. Unfortunately, ideology has clouded the realities of what a functioning healthcare marketplace requires, stymying the validity of GOP replacement plans. This Republican failure suggests that their promise to “repeal and delay” may very well become “repeal and fail to replace.” The lack of a replacement altogether would be the biggest disaster of all.

Should the ACA be repealed, the Congressional Budget Office (CBO) estimates that between 30 and 32 million Americans would lose health insurance. This means that the uninsured rate post-repeal would actually be higher than it was before the law was passed. Trump adviser Kellyanne Conway has claimed, “We don’t want anyone who currently has insurance to not have insurance.” Unfortunately, no Republican repeal plan can make this guarantee.

Repealing the ACA would also harm Americans with private insurance. Facing an uncertain future, insurers would exit the exchange markets, leaving the estimated 10 million Americans who still purchase insurance on the exchange, but do not qualify for exchange subsidies, with few, if any, options. Additionally, Americans with employer-sponsored insurance—most of us—would see significant premium hikes. Uninsured Americans would still need to get health care services, but would not be able to pay for such services themselves. The resulting costs would have to be rolled into “uncompensated care,” a line item that is ultimately paid for by cost shifting—namely, by charging Americans who have insurance with higher prices.

Repeal would also place a significant financial burden on state budgets. An Urban Institute analysis found that repealing the ACA would put states and localities at risk for covering $1.1 trillion in uncompensated care between 2019 and 2028. Faced with these costs, many states may choose to cut services, which would hurt all Americans.

State budgets would be further burdened by the cuts in federal funding for Medicaid and the Children’s Health Insurance Program (CHIP) that accompany Obamacare repeal proposals. A 2014 estimate of House Speaker Paul Ryan’s “A Better Way” blueprint predicts that his plan would increase state Medicaid costs by $160 billion in 2022. To offset these astronomical costs, legislators would either have to restrict Medicaid eligibility or cut the rates that Medicaid currently pays to hospitals and physicians. The former option would further increase the uninsured rate; the latter would restrict providers’ ability to provide high-value care.

Since its implementation, the ACA has undoubtedly improved the quality of health care in America. Between 2010, when the ACA was implemented, and 2015, hospital readmissions dropped by 8%. Additionally, the ACA has helped shift over 30% of fee-for-service Medicare payments to alternative models that reward quality over quantity. The rate of hospital-acquired conditions has also fallen since 2010, resulting in approximately 87,000 lives and $20 billion saved. Even consumers are feeling the benefit—one study found that ACA enrollment was associated with significantly improved self-reported health. Having come so far, it seems counterproductive to go backwards.

Our president-elect has said that he will repeal Obamacare and replace it with “something terrific.” Achieving a terrific health plan requires two things. First, it means developing a bipartisan alternative to the ACA. As more Republicans begin to question the wisdom of speedily repealing the ACA without a replacement, a bipartisan plan that might be able to fix some of the ACA’s shortcomings seems increasingly likely.

Indeed, Sen. Rand Paul (R-Ky.) has stated that “it’s a huge mistake for Republicans if they do not vote for replacement on the same day as we vote for repeal.” Other conservative groups have echoed Paul’s sentiment. The historically conservative American Medical Association, for example, wrote a letter to congressional leaders in early January calling for “gains in the number of Americans with health insurance coverage [to] be maintained.” An alternative can only be developed if Republicans forgo “repeal and delay” and accept that repeal must only happen once a replacement option has been fully delineated.

Let’s move past the rhetorical fireworks about repeal and start the important, if hard, work of finding a bipartisan replacement plan that really is “terrific.” The alternative to this cooperation—namely, repealing without a replacement—would be terrible for all Americans. Both parties must work together to ensure that this worst-case scenario does not become our reality.

Ezekiel J. Emanuel is the vice provost for global initiatives and chair of the department of medical ethics and health policy at the University of Pennsylvania. Emily Gudbranson and Aaron Glickman are Dr. Emanuel’s senior research assistants.