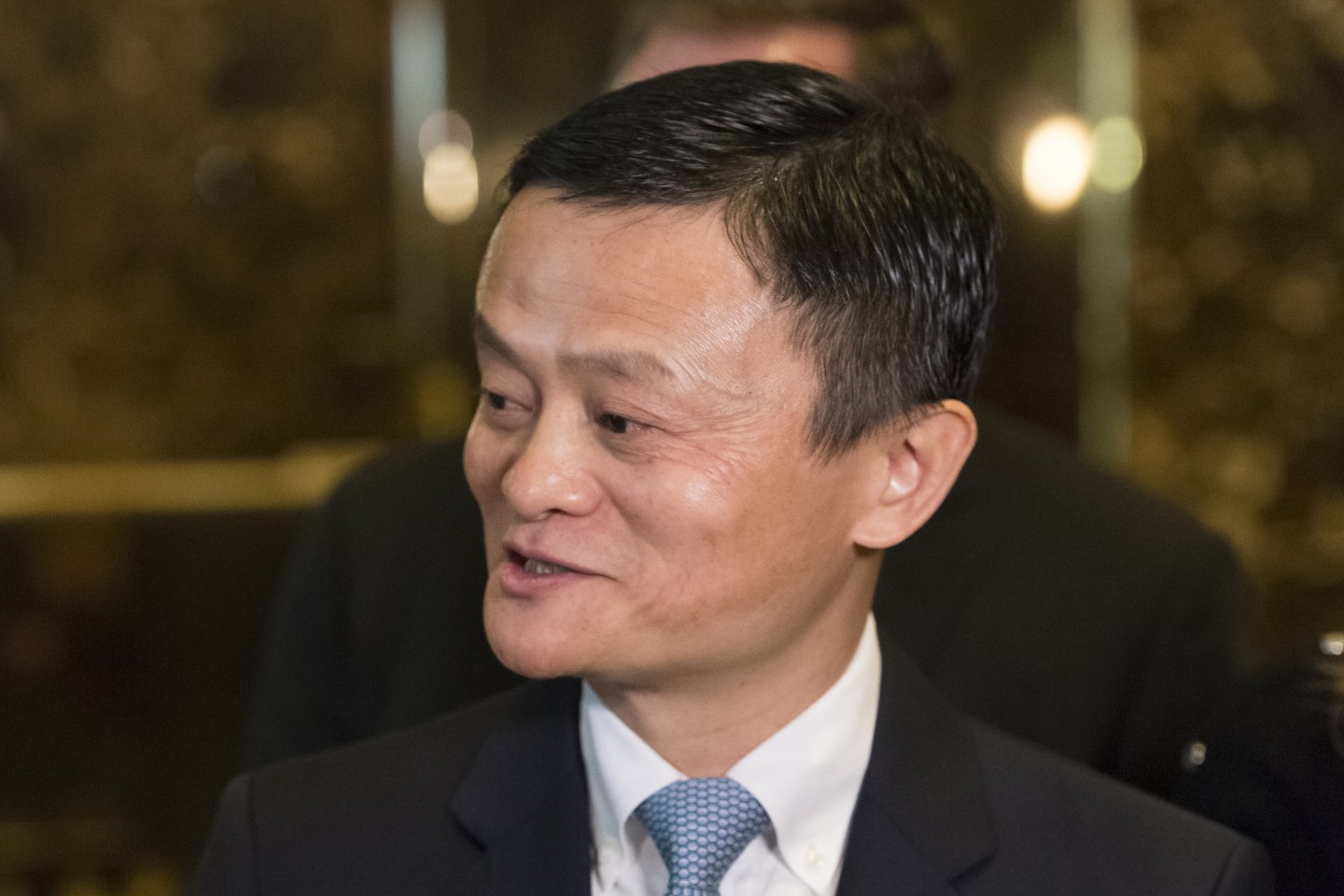 Billionaire Jack Ma, chairman of Alibaba Group Holding Ltd., speaks with members of the media in the lobby of Trump Tower in New York, U.S., on Monday, Jan. 8, 2017.
Photograph by Bloomberg via Getty Images

This story has been updated with comment from the IACC.

The Chinese e-commerce site Alibaba has announced the launch of an ‘Anti-Counterfeiting Alliance’ with members including Louis Vuitton, Samsung, Swarovski, Mars, and Huawei, in a move to clamp down on global counterfeit activity.

Alibaba’s flagship, e-Bay-style marketplace Taobao, which sells everything from scorpions to Louis Vuitton purses, is well known for carrying counterfeit and unlicensed goods. Some estimates have suggested that 90% of the shoes sold on Taobao were fakes.

In May 2016, the company, founded by Jack Ma, had its membership suspended from the International Anti-Counterfeiting Coalition (IACC) around one month after joining, following concerns raised by some of its member companies.

The IACC’s statement to its members said that Alibaba (BABA) failed to inform the board about conflicts of interest involving the group’s president, Robert Barchiesi. (After a review conducted by an independent firm, the IACC board told its members that the firm did not uncover any evidence of misconduct or misrepresentation by Barchiesi. “Bob continues to have our full support and trust,” the IACC said in a statement to Fortune.)

When Alibaba originally gained membership to the IACC, a number of the group’s other members, including Gucci America and Michael Kors, quit in protest.

The new alliance, which has support from government bodies and law enforcement agencies in China, aims to share data on fake goods with its most high-profile brands, which will help Alibaba determine fraudulent listings.

“The most powerful weapon against counterfeiting today is data and analytics, and the only way we can win this war is to unite,” said Jessie Zheng, Chief Platform Governance Officer of the Alibaba Group, in a statement. “With our robust data capabilities, we are confident the alliance will accelerate the digital transformation in our global fight against counterfeits.”