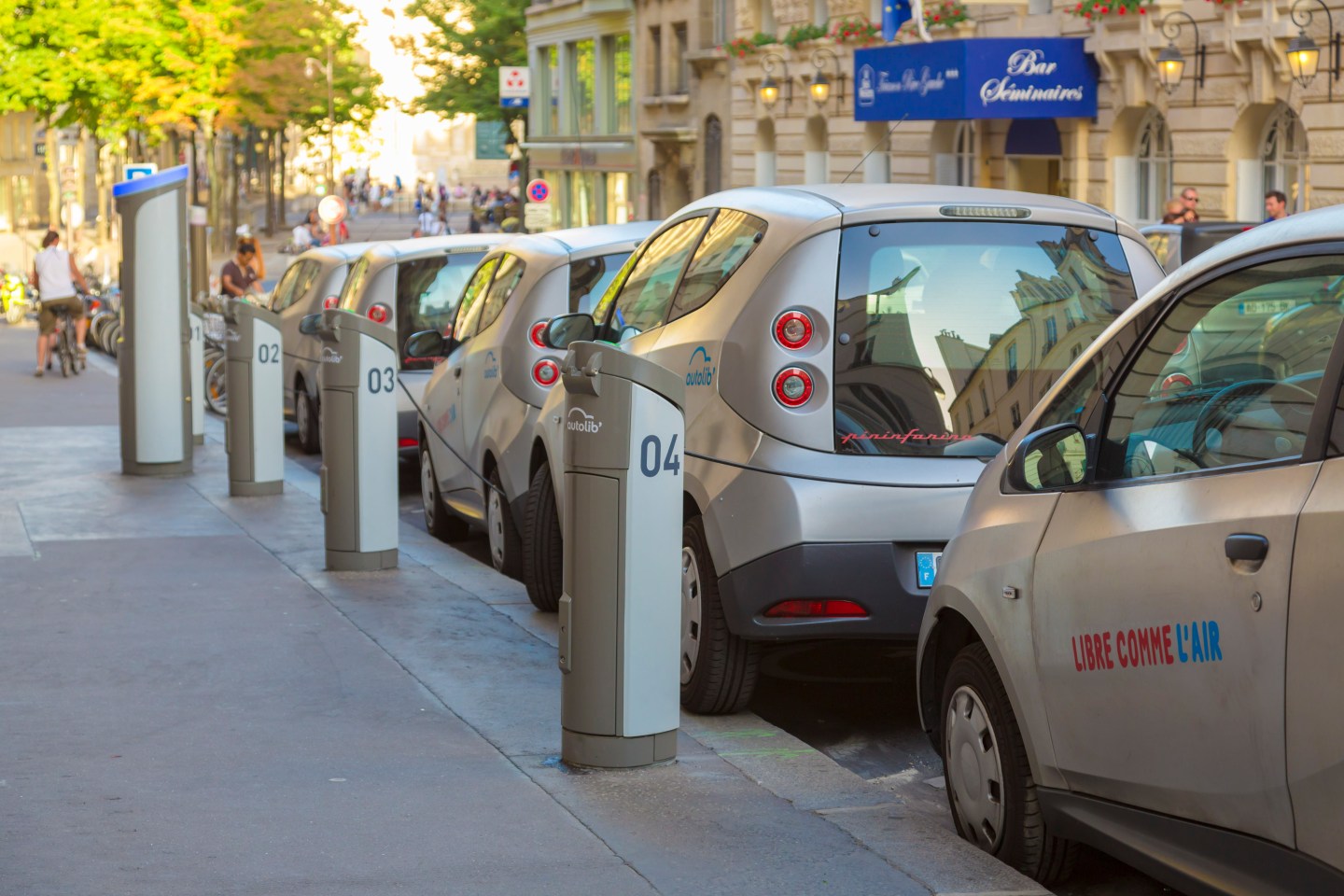 Electric cars will pick up critical momentum in 2017, many in the auto industry believe—just not in North America.

Tighter emissions rules in China and Europe leave global carmakers and some consumers with little choice but to embrace plug-in vehicles, fueling an investment surge, said industry executives gathered in Detroit this past week for the city’s annual auto show.

“Car electrification is an irreversible trend,” said Jacques Aschenbroich, chief executive of auto supplier Valeo, which has expanded sales by 50% in five years with a focus on electric, hybrid, connected and self-driving cars.

The road ahead for electric vehicles (EVs) in the United States, however, could have more hairpin curves.

Regulators in California and a group of other U.S. states are pushing ahead with state-level rules mandating rising quotas for electric, or “zero emission” vehicles.

But plug-in registrations in the United States fell in 2015, and the market share of electric-only vehicles declined further to 0.37% in 2016, as cheap fuel drove demand for gas-guzzling sport utility vehicles and pickup trucks.

President-elect Donald Trump has pledged to roll back environmental and climate rules. Groups representing established automakers asked Trump to review Obama administration fuel economy targets out to 2025, even before the outgoing administration formally signed them into effect on Friday.

Automakers have also asked Trump to work toward a single, national set of rules to govern automotive greenhouse gas emissions, a move that could spark legal challenges to electric car quotas in California and other states on grounds they present a separate standard.

For more on the auto industry, watch:

Still, industry executives in Detroit said hitting the brakes on electric vehicles in the United States would not relieve the pressure to bring them to market, because China and Europe are forging ahead with policies to expand sales of plug-in cars.

That is why Ford is moving forward with previously announced plans to invest $4.5 billion for plug-in vehicles by 2020, Chief Executive Mark Fields said earlier this month.

“The industry is changing, the infrastructure’s starting to build, and that’s why our view is (that) within the next 15 years we’ll see more electrified offerings  than we’ll see gasoline-powered,” Fields said as he unveiled a $700 million plan to build a battery SUV and other plug-in vehicles in Flat Rock, Michigan.

To drive the shift to electric, industry executives said they needed more help from governments.

Rivals Gang up on Tesla Over Charging Infrastructure

In the United States, EV manufacturers are pushing for the continuation of a $7,500 federal tax subsidy for consumers who buy a fully electric car. Even if Trump were to try to eliminate it, it would take time as Congress would have to act.

“There is not a disagreement that the world is going electric,” California Air Resources Board Chair Mary Nichols said on the sidelines of the auto show, noting that all vehicle makers were now investing in electric models across their entire product lines. The debate, she said, was “over timing, not the goal.”

Pushing Back on Critics, Faraday Future Unveils Its ‘New Species’ of Electric Car

The Chinese electric car market cast its shadow over the Detroit auto show, where manufacturers showed off plug-in hybrid and electric models that will likely do scant business in the United States.

IHS Automotive predicts Chinese plug-in deliveries will hit 1 million in 2019, four years before the United States. China pulled ahead in 2015 with a fourfold sales surge before adding 55 percent last year to 348,000 vehicles, with the United States at 138,000.

“Look to China rather than the U.S. for the future of electric cars,” Gerard Detourbet, a Renault-Nissan executive leading low-cost plug-in development, said recently. “China is compelled to act – that’s the main difference.”