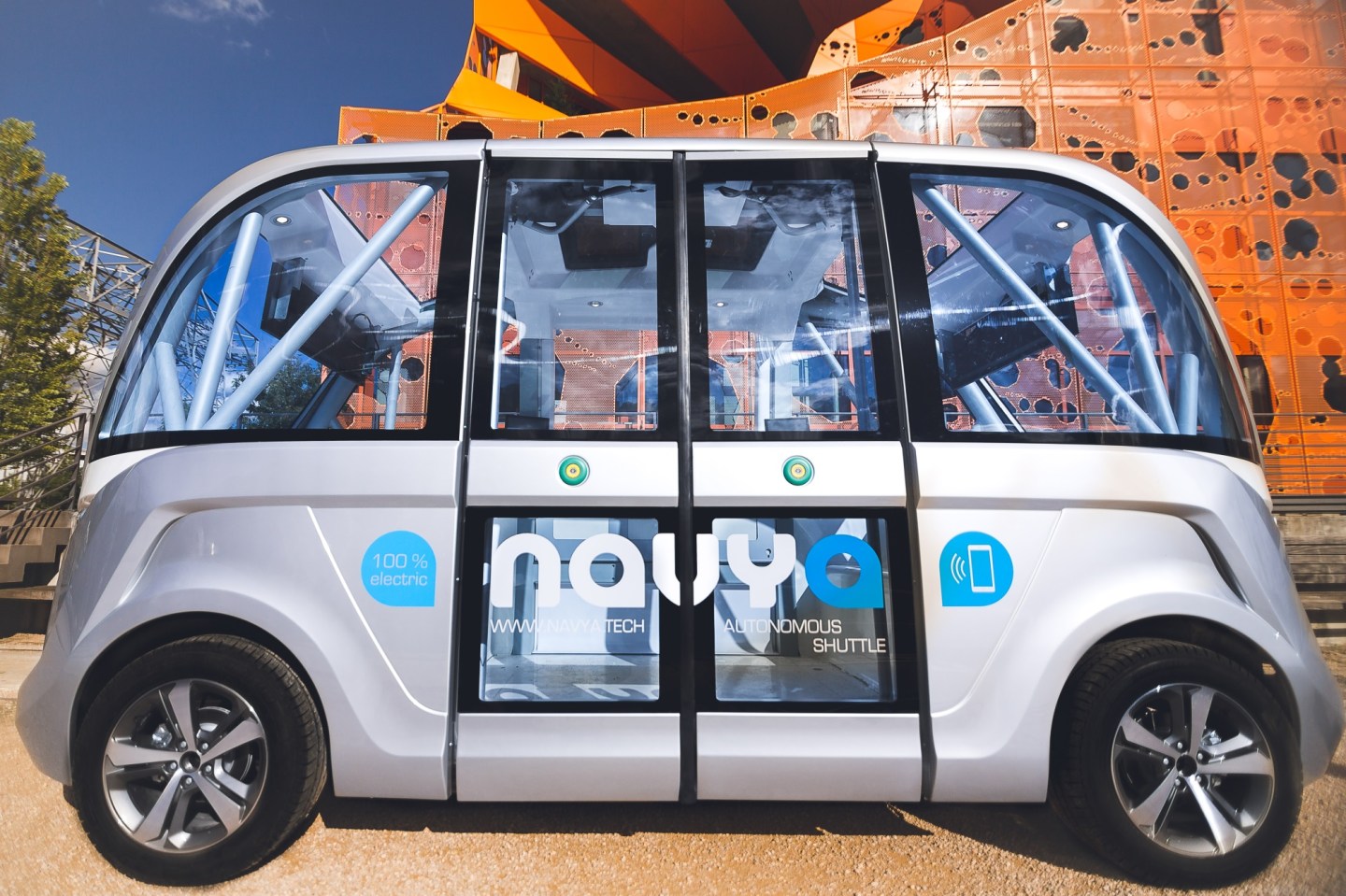 A small autonomous bus called an Arma is running a short route along Las Vegas’ Fremont Street, marking, according to transit operator Keolis, the first time a self-driving bus has moved passengers on an American public road.

The route is short—just three blocks. And this is only a pilot test, which started on January 11th and will end January 20th. While the test lasts, the fully-electric bus can carry around a dozen passengers, moving at a top speed limited to 16 miles per hour, though the bus is capable of hitting 30. The bus has sensors that detect obstacles and an emergency button that any passenger can use to stop the vehicle. During the test, there’s also a staffer on board to monitor passenger safety.

Navya, the French company that makes the Arma, has already deployed vehicles in Singapore, France, and Australia.

The test helps strengthen Nevada’s claim as a leader in 21st century transportation innovation. The state has attracted the testing facilities for Hyperloop One, as well as Tesla’s new Gigafactory.

The Navya test is part of a push by Las Vegas to develop a downtown innovation district, where it also aims to test green energy and other technologies.

For more on autonomous transportation, watch our video.

Nevada has a strategic interest in developing transportation technology. The state could benefit from easier long-distance transportation to gambling centers from California, while autonomous vehicles like the Navya bus could provide flexible transportation for visitors once they make it to Vegas.