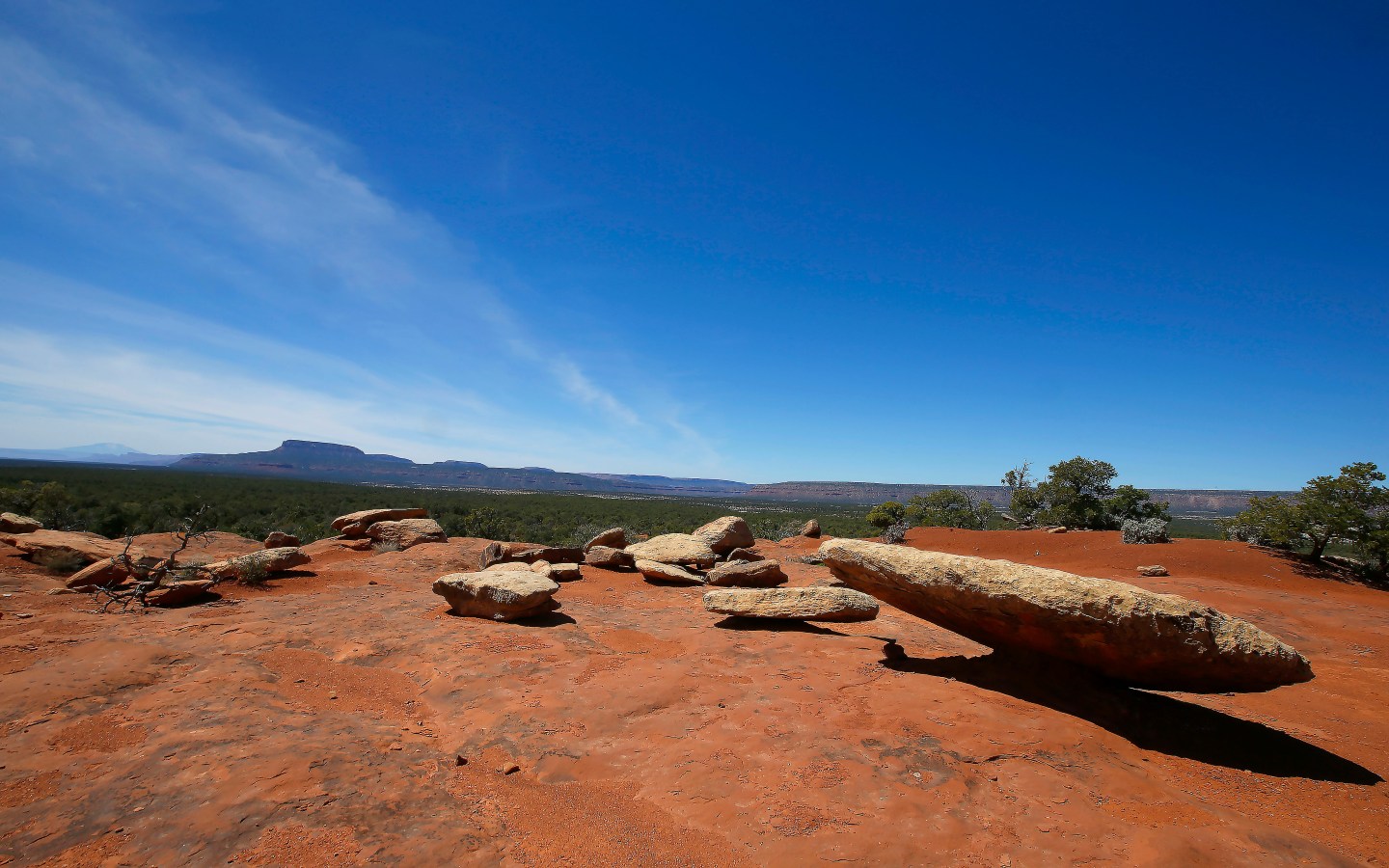 The area known as the Bears Ears is seen on April 6, 2016 east of Blanding, Utah.
Reagan Frey/Getty Images)

Patagonia and Black Diamond Equipment are pushing back against legislators in Utah who want to change President Barack Obama‘s designation of a new national monument in the state last month.

Leaders of both outdoor gear companies this week called on the Outdoor Retailer Show trade show to relocate unless Utah leaders stop supporting efforts to transfer federal land to states, the Guardian reported.

“Together, Utah’s political leadership has birthed an anti-public lands political agenda that is the driving force of an existential threat to the vibrancy of Utah and America’s outdoor industry, as well as Utah’s high quality of life,” he wrote.

The founder of Patagonia—which gained attention recently for donating all of its Black Friday sales to charity and closing its stores on Election Day—also wrote an open letter, calling on Utah’s governor not to work to transfer federal lands to the state.

“Politicians in the state don’t seem to get that the outdoor industry—and their own state economy—depend on access to public lands for recreation,” Patagonia founder Yvon Chouinard wrote.

At the time, Utah Gov. Gary Herbert, a Republican, said he was “more than disappointed” by the decision, accusing Obama of misusing his authority and ignoring the will of Utah residents.