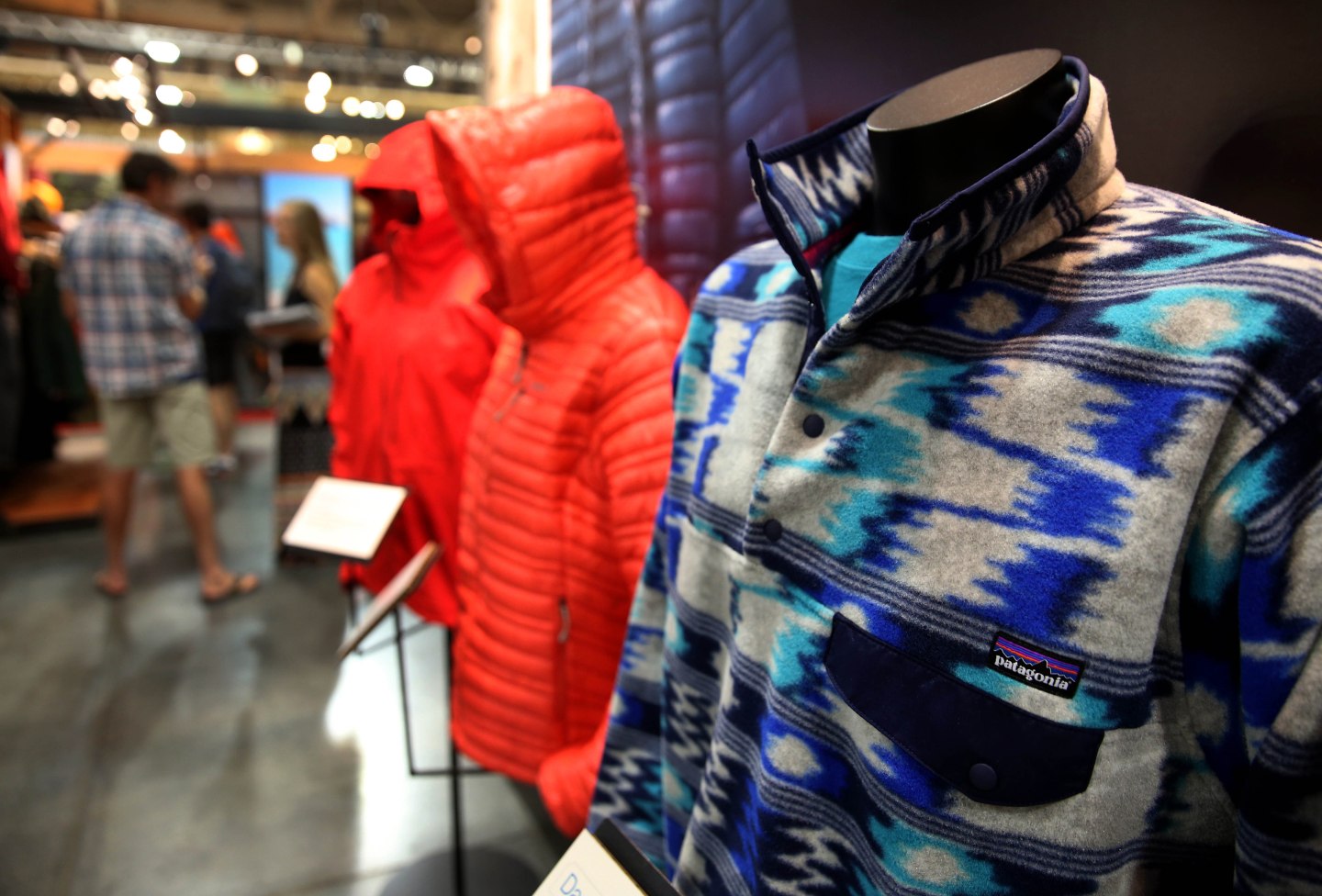 Patagonia Inc. jackets are displayed at the company's booth during the Outdoor Retailer Summer Market show in Salt Lake City, Utah, U.S., on Thursday, Aug. 1, 2013. Consumer spending in the U.S. rose in line with forecasts in June as Americans' incomes grew, a sign the biggest part of the economy is withstanding fiscal headwinds. Photographer: George Frey/Bloomberg via Getty Images
Photo by George Frey—Bloomberg via Getty Images

Patagonia saw record-breaking sales this Black Friday, and it’s giving all of that money to charity.

The sustainable clothing brand announced last week that it would donate 100% of its Black Friday 2016 sales to organizations that benefit the environment. After projecting that it would hit $2 million in sales, the company was greatly surprised to find that it sold $10 million worth of merchandise. As Patagonia wrote in a blog post, this will allow them to donate money to “hundreds of grassroots environmental organizations.”

Patagonia has donated to grassroots organizations before, but it has never done anything quite like this. Donations usually go to small groups that work at a local level to combat climate change and protect the environment. Previous recipients have included the Bronx River Alliance, the Alabama Environmental Council, and Breathe Utah. Patagonia tends to donate to organizations that are “underfunded and under the radar.”

“We have a problem,” the company wrote in its post. “By getting active in communities, we can raise our voices to defend policies and regulations that will protect wild places and wildlife, reduce carbon emissions, build a modern energy economy based on investment in renewables, and, most crucially, ensure the United States remains fully committed to the vital goals set forth in the Paris Agreement on climate change.”

Patagonia said that the decision to donate all of its Black Friday sales was inspired by the election, a sentiment shared by many others. Fortune previously reported that donations to the ACLU, Planned Parenthood, and other civil liberties groups have skyrocketed since Nov. 9. Additionally, billionaire investor George Soros has pledged $10 million to help combat the recent rise in hate-crimes.