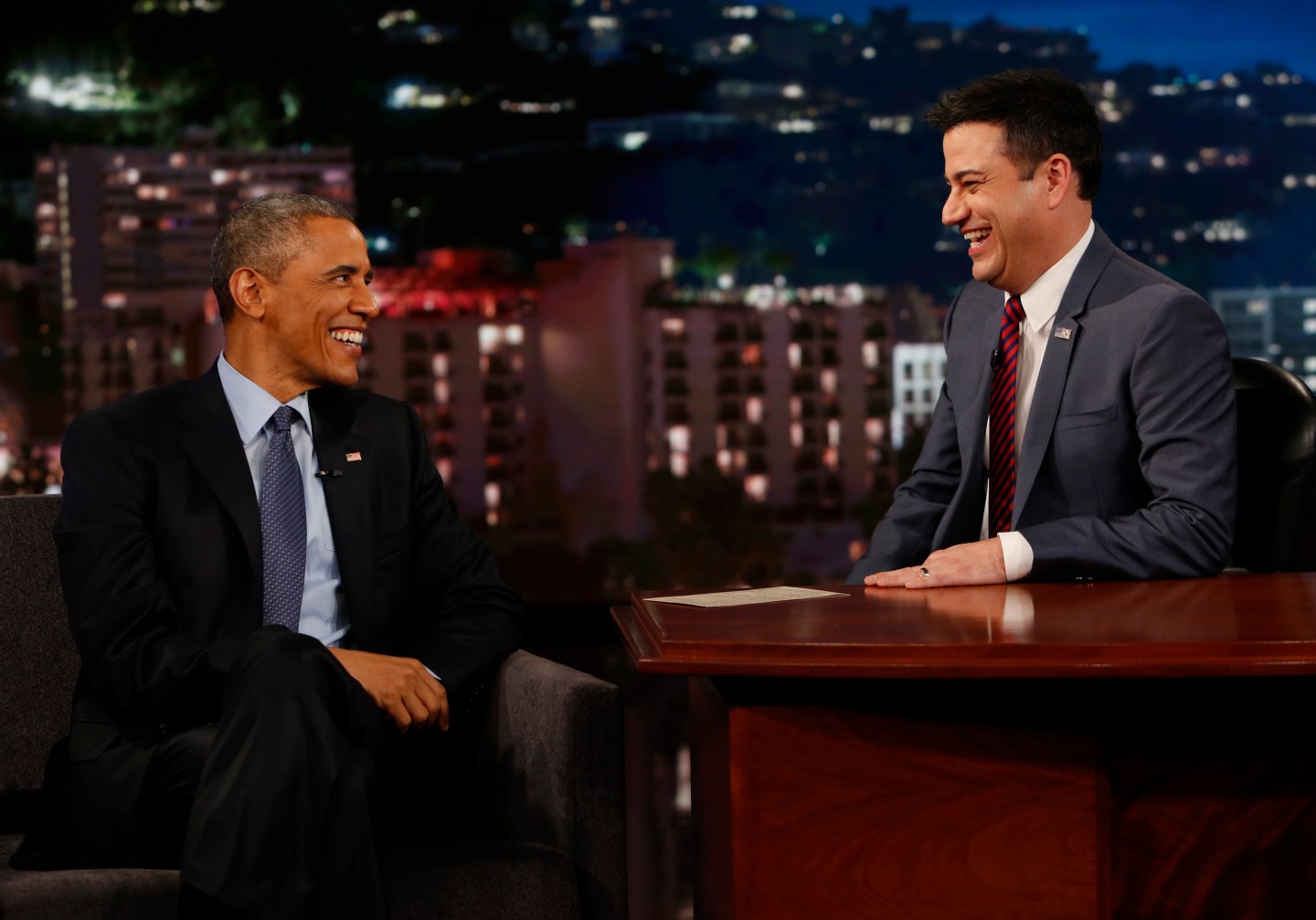 Comedian Bill Maher has spent much of 2016 pleading with Barack Obama to be a guest on his HBO show before the president leaves the White House in January. Maher even launched an online petition that received more than 300,000 signatures.

On Friday, finally, Obama will grant his wish, though it’s unlikely the petition was the reason.

Obama has been an active TV talk show guest for nearly all of his presidency. After his 2009 inauguration, he sat down with Jay Leno on NBC’s Tonight Show in what was billed at the time as the first-ever late-night talk show appearance by a sitting president. Since then, Obama visited David Letterman on CBS and Jon Stewart on The Daily Show, as well as the new wave of late-night hosts such as Jimmy Fallon, Stephen Colbert, and Jimmy Kimmel. Most often, Obama has had an agenda –to promote a piece of legislation or encourage young people to sign up for Obamacare, for instance.

In the last few weeks, Obama has been hitting the stump to get out the vote — for fellow Democrat Hillary Clinton. He appeared on Jimmy Kimmel’s show to read “mean tweets” about himself. He sat down for his first-ever interview with the fiery feminist comedian Samantha Bee on TBS’ Full Frontal, earlier this week. And, tonight, the president fulfills Maher’s longstanding wish by having an interview aired on HBO’s Real Time. The comedians’ shows reach a decidedly more liberal-leaning audience than a network show like Fallon’s Tonight Show, with Bee especially tapping into the key demographic of women millennials.

In his interview with Bee, he made his pitch directly to these young voters. “..I want to let first-time voters know why it is so important to vote. This is probably the most important election of our lifetimes. The choices could not be clearer.”

In a fragmented media landscape, such shows offer an opportunity to target specific demographics, especially that younger generation that eschews the traditional network TV and newspapers. The Pew Research Center found that about a third of people aged 18-29 (34%) learned about campaigns and candidates from late night comedy shows — higher than any other age group.

And Obama, the first president to use social media, has shown a savviness and willingness to make his case in non-traditional media. In 2014, Obama surprised the world by appearing on comedian Zack Galifianakis’ alt-comedy web series Between Two Ferns in an attempt to connect with millennials and boost Obamacare enrollment. The decision to engage with Galifianakis’ particularly off-the-wall line of questioning—the comedian asked Obama how he felt about being “the last black president”—earned Obama praise for his comedic chops and for his willingness to embrace a non-traditional media outlet in order to reach a demographic he normally wouldn’t have reached.

“He was piecing [constituencies] together,” Syracuse University media professor Robert Thompson, a television and pop culture expert, told Fortune. “He could talk to people on Between Two Ferns who weren’t hearing him in his press conferences.”

And Obama gets to have a very friendly interview with soft questions. It’s also a win for TV hosts, as a visit from the sitting president is typically a boon for ratings, similar to increases in viewership seen when a candidate like Clinton or Donald Trump is booked.

But what does this mean for the next POTUS? Both Trump, a former reality TV host, and Clinton already have been regulars on many of the late night shows, so it’s likely this trend will continue.

An earlier version of this story incorrectly reported that President Obama would participate in the roundtable discussion on Maher’s show. The President had an interview with Maher, which was aired on his show. The story was corrected.