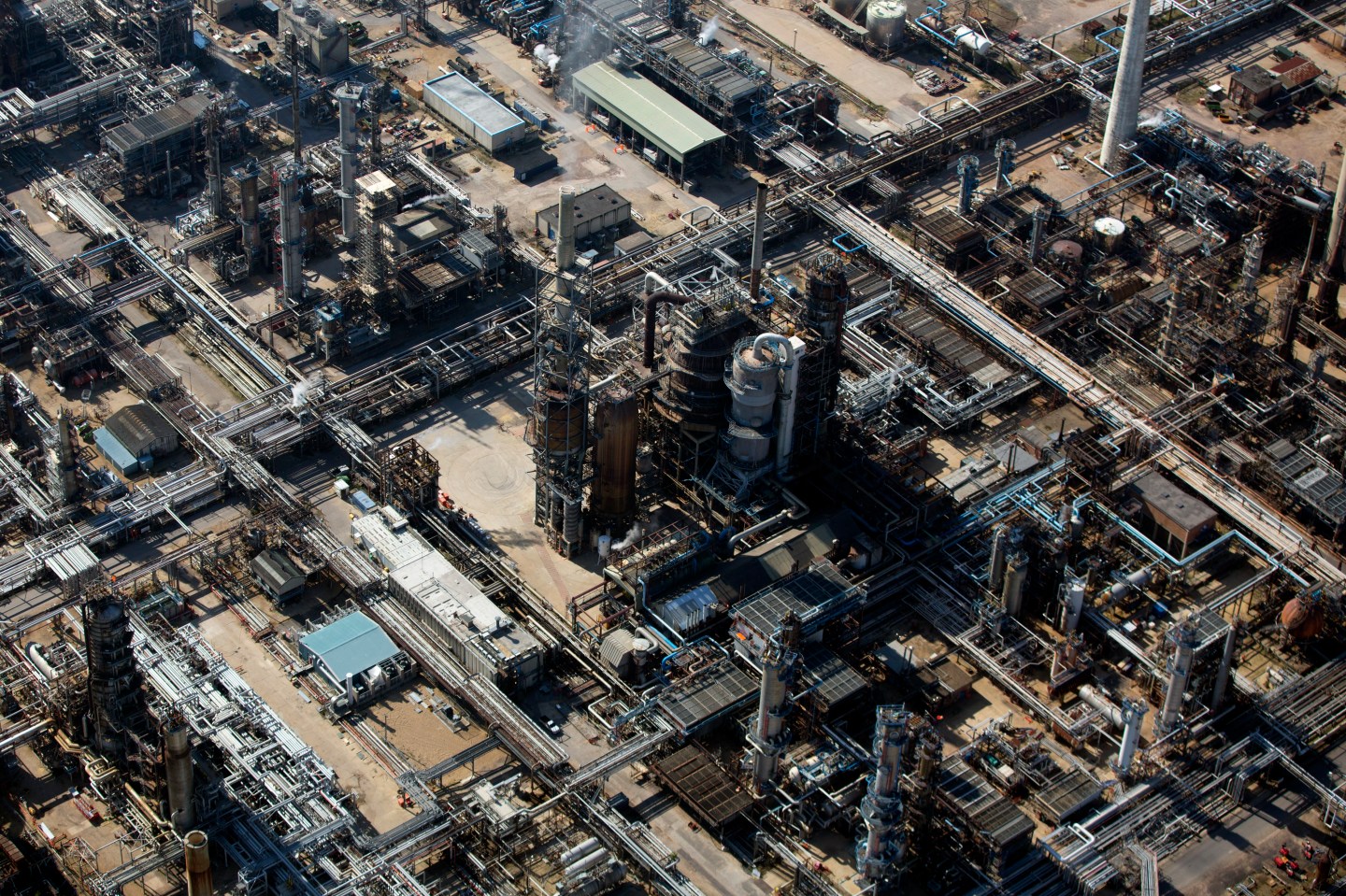 Vapor rises from plant buildings at the Esso oil refinery, operated by Exxon Mobil Corp. in Fawley, U.K., on Friday, Oct. 2, 2015. A 50 percent drop in crude prices in the past year has hit earnings for oil and gas producers, forcing them to slash capital spending and scale back unprofitable operations. Photographer: Simon Dawson/Bloomberg via Getty Images
Simon Dawson/Bloomberg via Getty Images

A Massachusetts judge has refused to excuse Exxon Mobil (XOM) from a request by the state’s attorney general to hand over decades worth of documents on its views on climate change, state officials said on Wednesday.

The decision by Massachusetts Superior Court Judge Heidi Brieger denying Exxon‘s request for an order exempting it from handing over the documents represents a legal victory for Attorney General Maura Healey, who is investigating the world’s largest publicly traded oil company’s climate policies.

“This order affirms our longstanding authority to investigate fraud,” Healey said on Twitter following the decision, adding that Exxon “must come clean about what it knew about climate change.”

Exxon spokesman Alan Jeffers said the company was “reviewing the decision to determine next steps.”

Healey is one of two state prosecutors, the other being her counterpart in New York, investigating whether Exxon knowingly misled its shareholders and the public as to what it knew about climate change.

The investigations follow separate reports by online news publication Inside Climate News and the Los Angeles Times showing that Exxon worked to play down the risks of climate change despite its own scientists’ having raised concerns about it decades earlier.

For more on energy, watch this video:

The news came on the day former Exxon Chief Executive Rex Tillerson faced a U.S. Senate confirmation hearing on his nomination to serve as President-elect Donald Trump’s secretary of state.

Asked during the hearing if he believed human activity was contributing to climate change, Tillerson did not answer yes or no, but said, “The increase in greenhouse gas concentrations in the atmosphere are having an effect. Our abilities to predict that effect are very limited.”