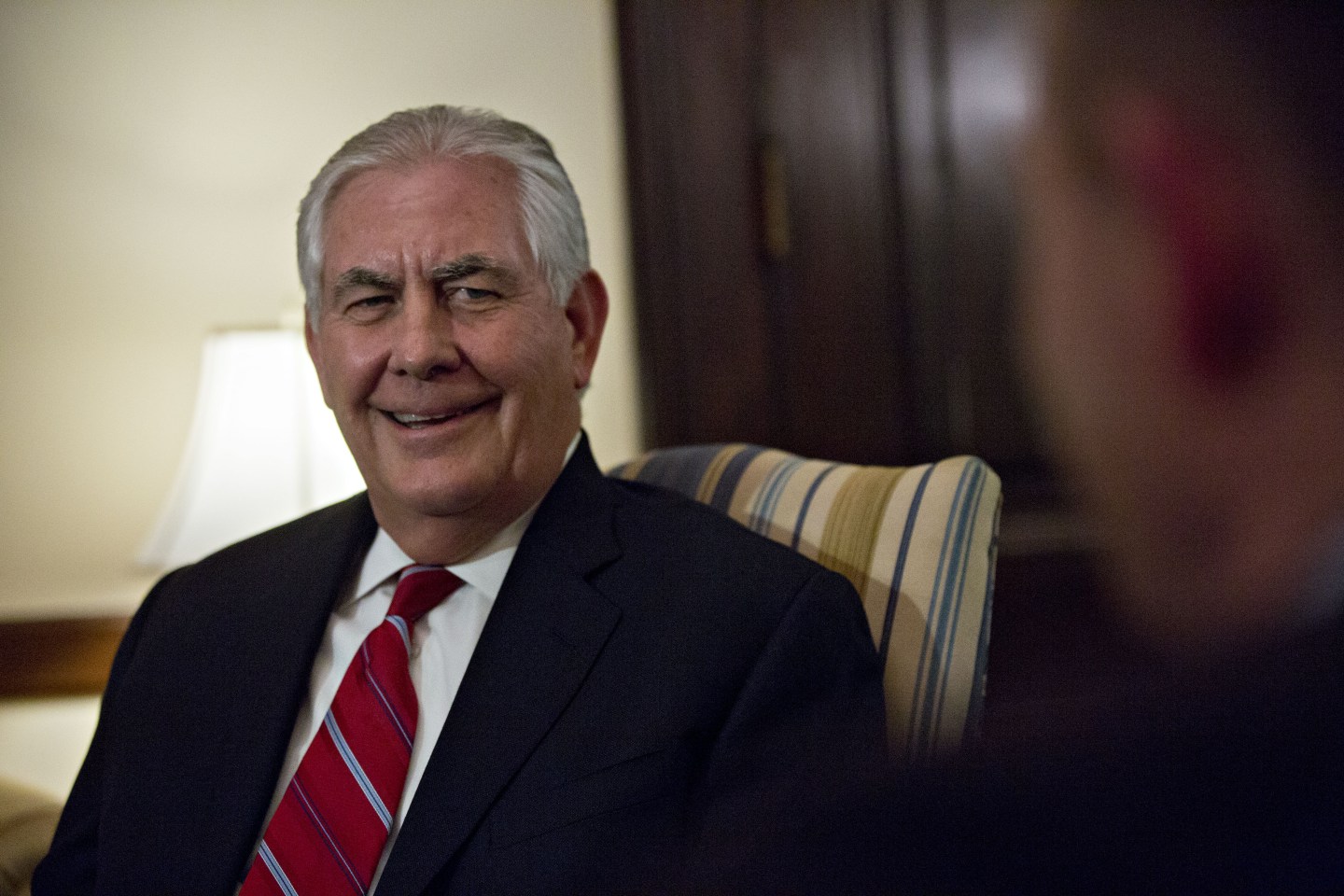 “I came to my personal position over about 20 years as an engineer and a scientist, understanding the evolution of the science, came to the conclusion a few years ago the risk of climate change does exist, and that the consequences could be serious enough that action should be taken,” Tillerson said during his confirmation hearing.

He continued: “The type of action seem to be where the largest areas of debate exist in the public discourse. I think it’s important to recognize the U.S. has done a pretty good job.”

But when asked by Sen. Bob Corker (R-TN) if human activity has contributed to climate change, Tillerson said that “the increase in the greenhouse gas concentrations in the atmosphere are having an effect,” and that “our ability to predict that effect is very limited.”

Environmentalists have long scrutinized Exxon Mobil for giving money “to dozens of right-leaning interest groups whose main purpose was to cast doubt on that very science” despite understanding the link between global warming and the burning of fossil fuels as early as the 1970s, according to the New York Times.

Senators questioned Tillerson about these allegations during his confirmation hearing, pushing the potential Secretary of State to either confirm or deny them. Tillerson avoided the question, adding that not only was he refusing to answer, but also “lacked the knowledge to.”

“Since I’m no longer with ExxonMobil, I’m in no position to speak on their behalf,” he said. “The question would have to be put to them.”

When senators asked if he would be willing to work with Congress on the “complex issue” that is climate change, Tillerson agreed, though did not articulate to what extent.

In the past, Tillerson has shown support for a carbon tax in lieu of other regulations. In a 2009 speech, he said that the tax “strikes me as a more direct … a more transparent … and a more effective approach.”

“It avoids the costs and complexity of having to build a new market for securities traders or the necessity of adding a new layer of regulators and administrators to police companies and consumers,” he said at the time. “And a carbon tax can be more easily implemented. It could be levied under the current tax code without requiring significant new infrastructure or enforcement bureaucracies.”

Tillerson acknowledging that climate change is a global issue contrasts what President-elect Donald Trump has said in the past. Trump has long been known as a climate change denier, once calling it a “Chinese hoax” in 2012. In May 2016, he said he was going to pull out of the Paris Climate agreement President Obama recently made. Though after Trump won the election, he seemed to soften on this campaign promise, the Times reported, pledging to keep an open mind.