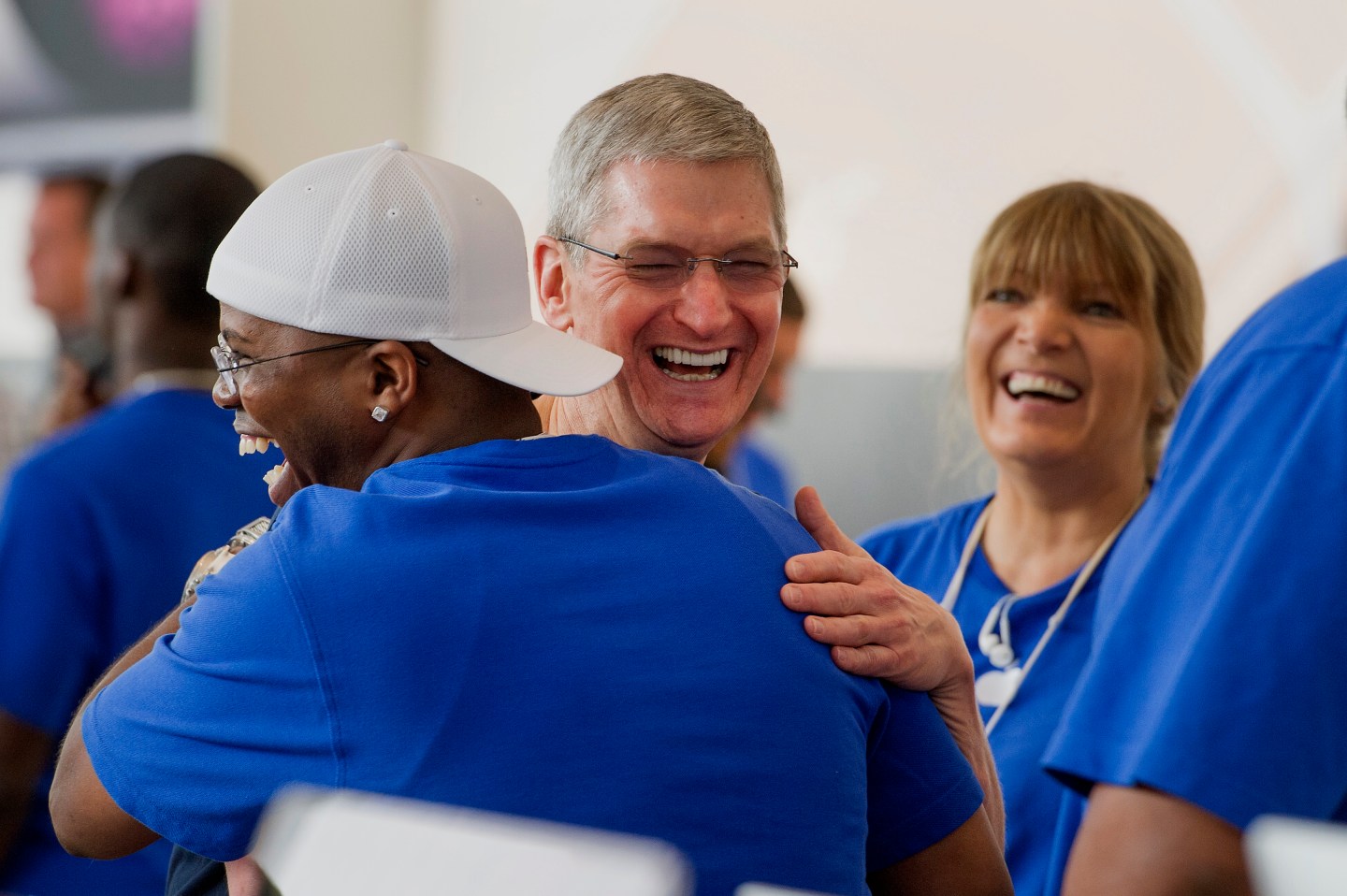 Apple is on pace to generate a cumulative $1 trillion in revenue from iOS-related products since the company introduced its first such device, the iPhone, in 2007, according to one analyst.

Apple’s total sales of iOS-based hardware like the iPhone and iPad, as well as from software like its cut of app sales through its App Store, will reach the milestone this year, Asymco analyst Horace Dediu wrote in a blog post on Wednesday.

He estimates that the iPhone, a device he calls “the most successful product of all time,” along with the iPad, iPod Touch, Apple Watch, and Apple TV, which all use a version of iOS, will combine for $980 billion in cumulative sales by mid-2017, around the time of the iPhone’s 10th anniversary of availability. Add another $100 billion in iOS services revenue, including Apple’s (AAPL) App Store sales and Apple Music subscriptions, and Apple will pass the trillion-dollar-mark for all iOS-related products.

The report comes just days after Apple celebrated the 10th anniversary of the iPhone’s unveiling on Jan. 9, 2007. At the time, late Apple co-founder Steve Jobs called the iPhone “revolutionary.” But whether he predicted that it would ultimately account for the lion’s share of a trillion-dollar business is unknown.

That said, it can be difficult to determine exactly how much revenue Apple has generated on each of its products. For instance, Apple has never announced Apple Watch sales, making any calculations about revenue from them a guessing game. It’s also worth noting that Apple keeps some of its revenue on the software side a secret. Earlier this year, Apple said that it’s paid $60 billion to developers since its App Store opened in 2008. But the company didn’t say how much money it kept.

The calculation does not include Apple’s Mac desktops, MacBooks, and accessories, none of which are iOS devices or related products.

Given those wrinkles, Dediu acknowledges in his blog post that some of his data points are estimates. Still, considering Apple has disclosed iPhone and iPad revenue for years, some of the information is reliable. Additionally, Apple has hundreds of billions of dollars in cash, grew much of it the proceeds of sales of iPhones and associated devices.

With $1 trillion in sight, Apple and others are now looking ahead to the second decade. Dediu, for one, offered some predictions on where Apple may take its business, including the iPhone, in the coming years.

“As we look toward the second decade of the iPhone, the expectation isn’t one of another ‘big bang’ but a process of continuous improvement,” he wrote. “The market is nearing saturation so the goals must be to capture more switchers from Android. Apple has achieved this with the Mac: survival, persistence and eventual redemption.”

Dediu went on to say that Apple might, in the next decade, focus its efforts on the “expansion of a network of ancillary ‘smart’ accessories.”

“The Apple Watch, the AirPods, Pencil and possible new wearables point toward a future where the iPhone is a hub to a mesh of personal devices,” he wrote. “The seamless integration of such devices is what has always set Apple apart.”