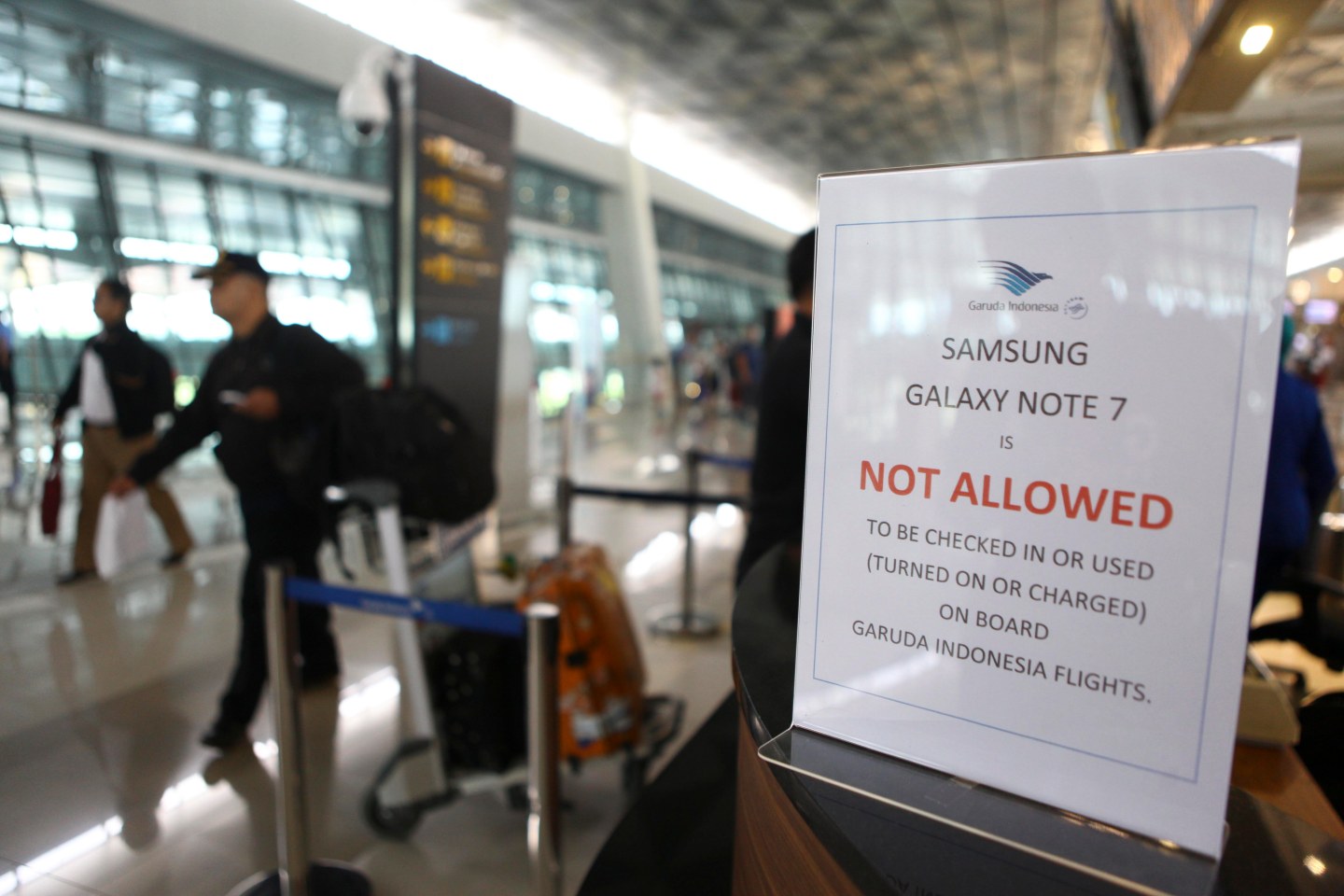 Announcements warning airline passengers not to take their Samsung (SSNLF) Galaxy Note 7 smartphones onto planes will no longer be legally required before boarding, according to the U.S. Department of Transport.

In a statement, the Federal Aviation Administration makes it clear that this change only affects the pre-boarding announcement about the Note 7, but not restrictions on the model itself. “The Samsung Galaxy Note 7 will still be banned on passenger aircraft as well as air cargo aircraft,” the statement reads.

The FAA explains that mandatory pre-boarding notifications about the Note 7 were no longer needed “due to the high degree of public awareness” of emergency restrictions put in place in October, banning the phone from air travel.

It also attributes the policy change to the smartphone’s high return rates in the U.S. under Samsung’s recall program, and efforts by both the phone maker and mobile carriers to remotely disable them by software updates. According to Samsung, more than 96% of all Note 7s sold in the U.S. have been returned so far.

For more on the Samsung Galaxy Note 7’s recall, watch:

The South Korean phone maker’s high-end Android smartphone received glowing reviews when it first hit the market in August, before reports of potentially dangerous battery defects sparked an explosive crisis that culminated with the phone’s early demise, and heavy-degree burns for Samsung in what turned out to be a scandalous year for the company.