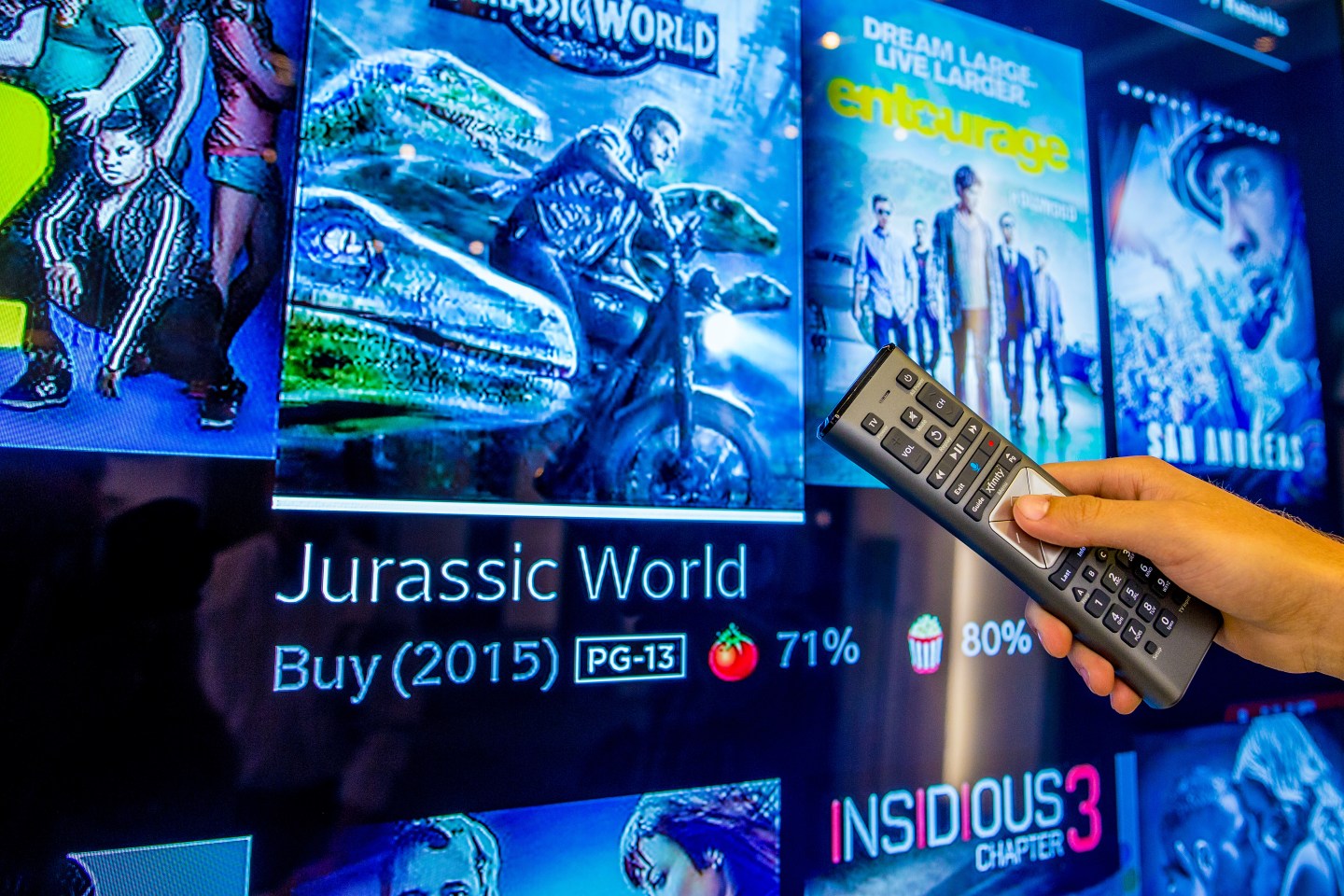 A look at Xfinitys X1 Entertainment Operating System and the Voice Remote, demoed in Comcast Labs at the Comcast Center as seen Monday, Oct. 19, 2015 in Philadelphia, Pennsylvania. Comcast Cable is one of the nations largest video, high-speed Internet and phone providers to residential customers under the Xfinity brand as well as to businesses. (Jeff Fusco/AP Images for Comcast)
Jeff Fusco — AP Images for Comcast

The product, named BlueSky TV, is available in Calgary and will expand to other markets in coming months, Shaw said in a statement.

The product is powered by Comcast’s X1 (CMCSA) technology, which is making its first foray outside of the United States.

Fellow cable company Rogers Communications (RCIAF), a major television provider in eastern Canada, said in December that it had scrapped development of its own internet-based television platform in favor of X1, which it does not expect to introduce until 2018.

Cable companies have struggled to respond to telecom rivals’ internet-based TV services, which have eroded their market dominance.

Shaw (SJR) began offering aggressively priced high-speed internet in mid-July and recently added wireless to its product mix through its purchase of Wind Mobile, which it has renamed Freedom Mobile.

The Calgary-based company said BlueSky would be available for as low as C$99.90 ($75.85) a month for 12 months when coupled with its high-end internet on a two-year plan.

Shaw is due to report quarterly earnings on Thursday.