Anti-Vaxxer RFK Jr. Says Trump Asked Him to Chair a Commission on Vaccines 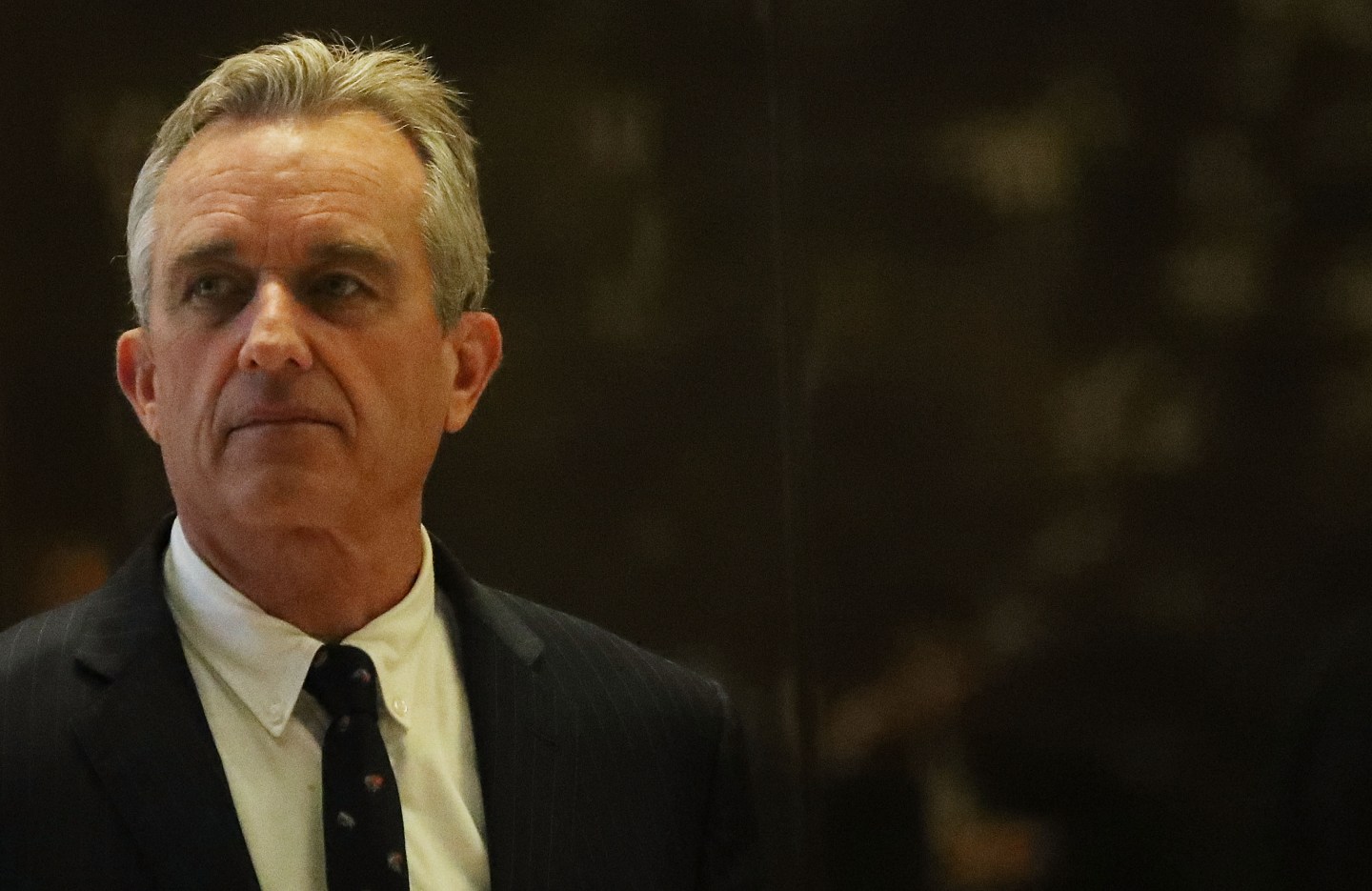 NEW YORK, NY - JANUARY 10: Robert Kennedy Jr., heads up to a meeting at Trump Tower on January 10, 2017 in New York City. President-elect Donald Trump continues to hold meetings at his New York residence to fill the remaining positions in his administration. (Photo by Spencer Platt/Getty Images)
Photograph by Spencer Platt - via Getty Images

Robert Kennedy Jr. is known for his famous late father, his career as a lawyer, and his outspoken activism on environmental issues. One thing he’s not known for is being a staunch defender of the well-established science supporting vaccinations as safe, effective products with no proven links to autism. But that’s the very issue he’ll be overseeing under the Trump administration, Kennedy told reporters after a meeting with the president-elect at Trump Tower on Tuesday.

“President-elect Trump has some doubts about the current vaccine policies and he has questions about it,” said Kennedy, adding that Trump had requested the meeting and that Kennedy had accepted the offer to lead a “commission on vaccine safety and scientific integrity.”

The news immediately raised eyebrows considering Kennedy’s outspoken (and widely debunked) view that the use of trace amounts of the mercury derivative thimerosal in childhood vaccines caused a massive spike in autism cases. Kennedy has published articles pushing the discredited theory and even argued that there’s a vast government conspiracy to cover up the vaccine-autism link (there is zero proof of this, either).

“There is no evidence of harm caused by the low doses of thimerosal in vaccines, except for minor reactions like redness and swelling at the injection site,” says the Centers for Disease Control (CDC) on its website. “However, in July 1999, the Public Health Service agencies, the American Academy of Pediatrics, and vaccine manufacturers agreed that thimerosal should be reduced or eliminated in vaccines as a precautionary measure.”

The controversial choice may not be completely surprising given Trump’s own previous comments on vaccination. While Trump says he supports vaccinations overall, he’s argued that the vaccine schedule should be more spread out so that children aren’t given such large doses.

If I were President I would push for proper vaccinations but would not allow one time massive shots that a small child cannot take – AUTISM.

That’s an argument Trump echoed during the 2016 GOP presidential debates. Public health experts, on the other hand, argue that delaying or breaking up the vaccine schedule can leave children susceptible to preventable infectious diseases.

“The President-elect enjoyed his discussion with Robert Kennedy Jr. on a range of issues and appreciates his thoughts and ideas. The President-elect is exploring the possibility of forming a commission on Autism, which affects so many families; however no decisions have been made at this time,” Trump’s spokeswoman Hope Hicks said in a statement.

Kennedy insists that he’s not an anti-vaxxer despite parroting some of their favorite conspiracy theories. “[S]cience does matter and we ought to be reading the science and we ought to be debating the science,” he said on Tuesday. “And that everybody ought to be able to be assured that the vaccines that we have — [Trump’s] very pro-vaccine, as am I — but they’re as safe as they possibly can be.”