This Is What Volkswagen’s Electric Microbus Could Look Like 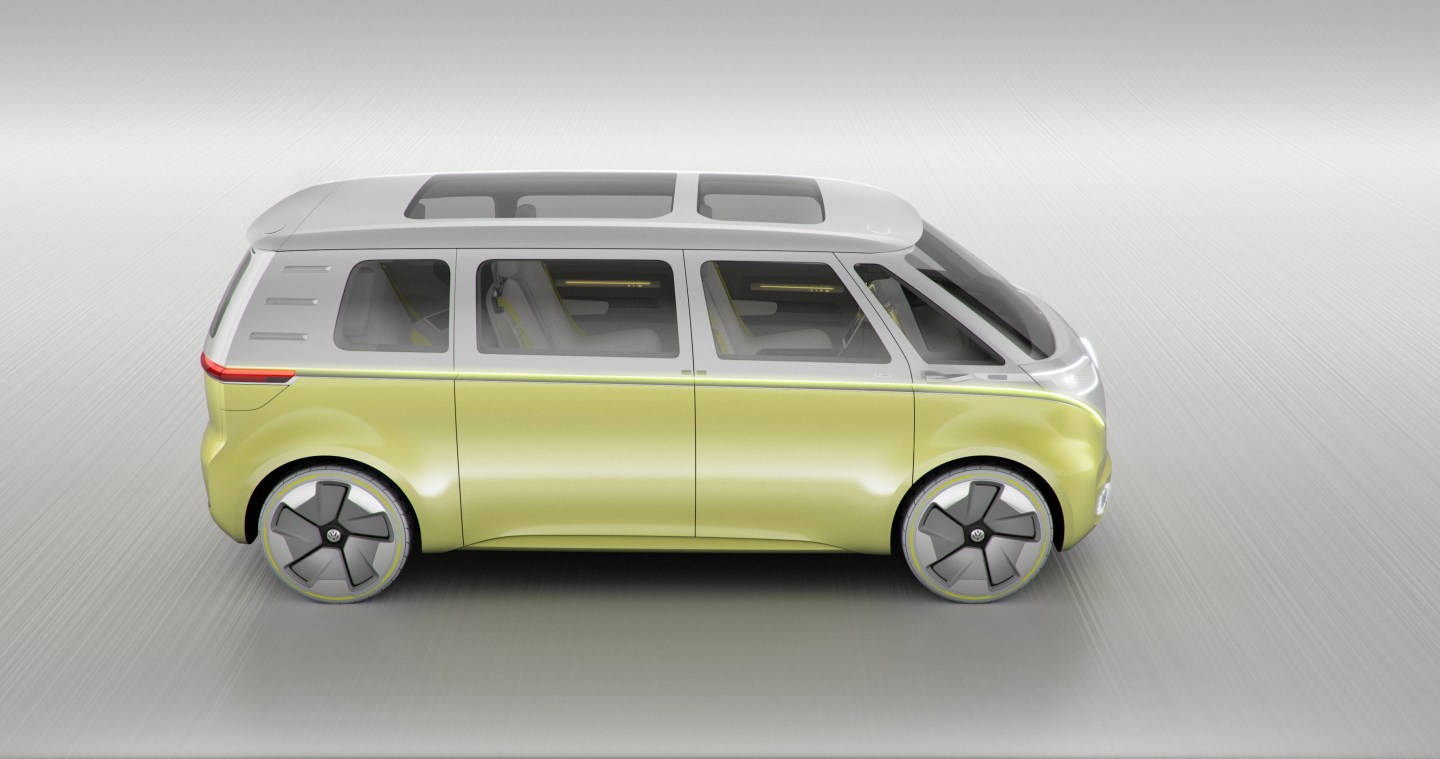 Volkswagen plans to bring a new generation of fully connected, all-electric vehicles to the market in 2020 and says it will sell one million of these vehicles every year by 2025.

The I.D. Buzz, which will be showcased at the North American International Auto Show in Detroit, has a battery range of up to 270 miles, autonomous capabilities, as well as seating up to eight people and two luggage compartments. The I.D. Buzz shown in Detroit can accelerate from 0 to 60 miles per hour in about 5 seconds, with a governed top speed of 99 mph, Volkswagen says.

This is a concept vehicle, not one slated for production anytime soon. But it’s notable because it gives consumers and the rest of the industry some sense of what vehicles will make up Volkswagen’s electric vehicle portfolio. And what tech the company wants in its vehicles.

For instance, the I.D. Buzz is supposed to be an autonomous vehicle. The driver can go from manual to autonomous by pushing onto the steering wheel, which will then retract and merge into the instrument panel. This autonomous mode, which Volkswagen calls I.D. Pilot, could make it into production by 2025, the automaker says.

The I.D. Buzz follows the ID concept, a compact electric vehicle that was unveiled last year at the Paris Auto Show.

Volkswagen introduced in 2015 a new modular design for electric cars that it could use on a number of VW models. The first vehicles produced with this so-called MEB design—an acronym for Modular Electric Model—are expected to be in production by the end of 2019.

Technically, the company has already introduced a microbus concept, actually several over the years. The most recent one was the microbus concept BUDD.e, which was introduced in January 2016 at CES, the annual consumers electronics show. It was intended to show the world that it was serious about electric vehicles following a diesel emissions cheating scandal that forced the German automaker to restructure.

In June, the Volkswagen board adopted a plan that would reshape the company’s core automotive business to focus more on electric vehicles and autonomous driving technology, increase profit margins to 7% to 8% from 6% last year, and possibly sell some of its assets. The company plans to introduce more than 30 all-electric vehicles over the next 10 years with a goal of selling two to three million of these EVs in 2025.