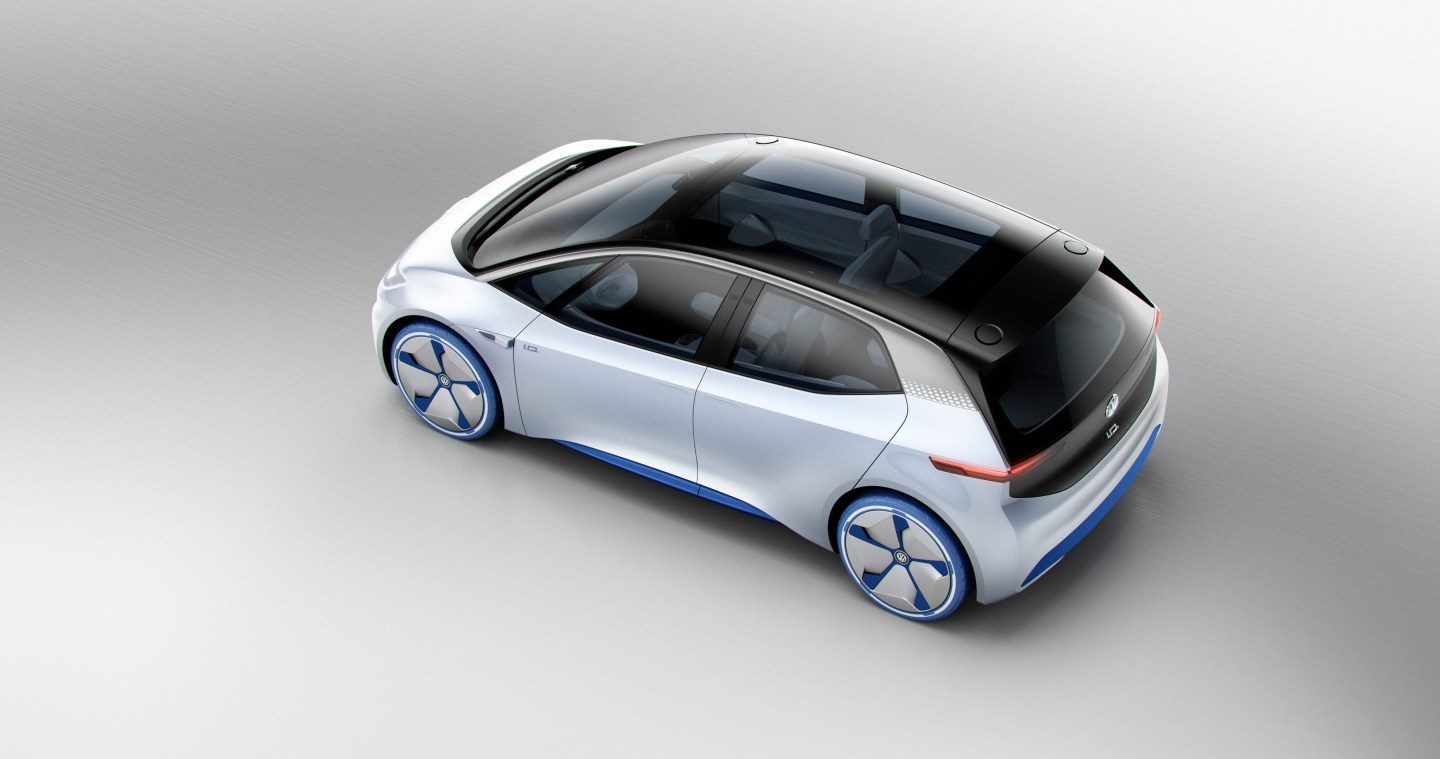 Volkswagen has released a few more photos and details of its electric vehicle concept car—known as the ID concept— ahead of its big reveal Thursday at the Paris Motor Show.

The ID concept will have a battery range between 249 and 373 miles and will be launched as a compact electric car in 2020 parallel to the Golf, the company says.

The production vehicle will be the first by Volkswagen to reach the market based on its new modular design for electric cars that the company unveiled last year. The first vehicles produced with this so-called MEB design—an acronym for Modular Electric Model—are expected to be in production by the end of 2019.

Here’s a tweet from Volkswagen with a few more details.

Volkswagen released a few other details about the car ahead of Thursday’s debut. The ID concept is meant to give a first glimpse of autonomous driving, a mode that will be offered starting in 2025.

Earlier this year, Volkswagen’s board adopted a plan that would reshape the company’s core automotive business to focus more on electric vehicles and autonomous driving technology, increase profit margins to 7% to 8% from 6% last year, and possibly sell some of its assets.

Volkswagen plans to introduce more than 30 all-electric vehicles over the next 10 years with a goal of selling a million of these EVs by 2025.