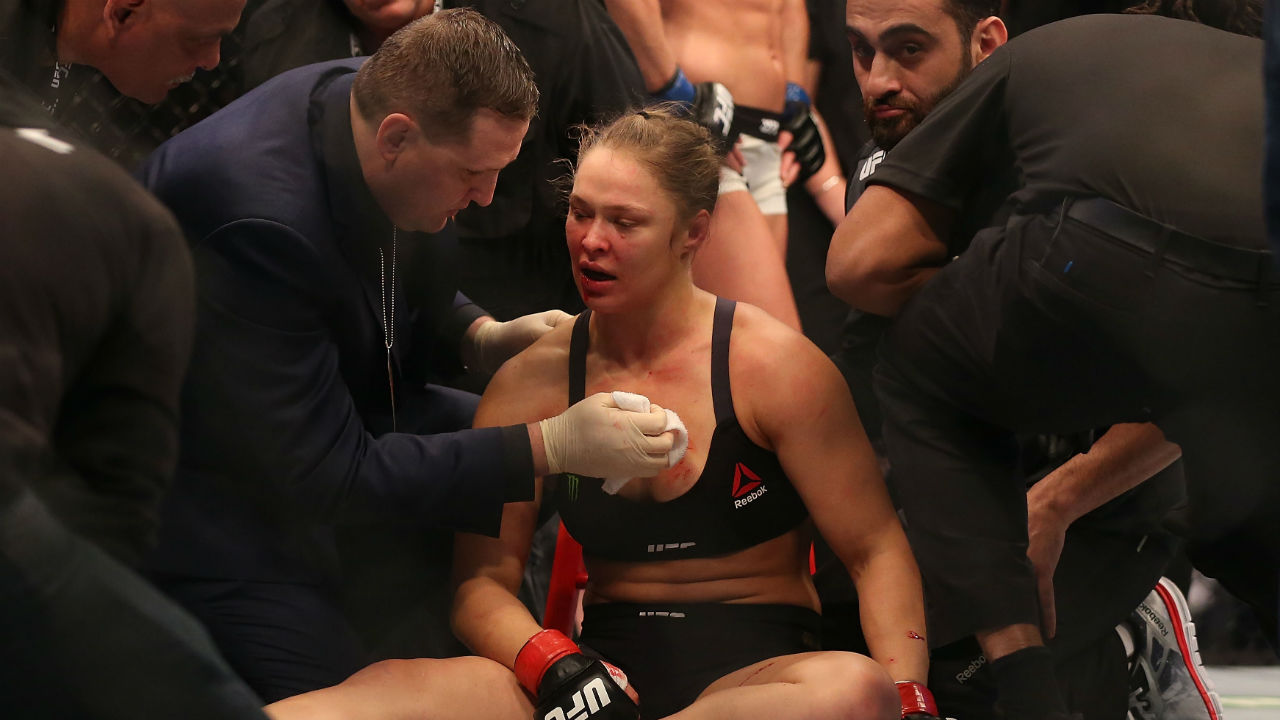 In mid-2015, one-time UFC champion Ronda Rousey destroyed her opponent in just 34 seconds, and the flight clip was all over Facebook. Fast forward to the end of 2016, and things were reversed: Now, it was Rousey getting a beatdown as new champ, Amanda Nunes, punched her into a pulp in about the same amount of time.

But one thing was the same: the clip of the latest fight was still all over Facebook despite long bubbling concerns over copyright.

I bring this up only because it’s striking how long it’s taking Facebook—a wizard at building features quickly—to roll out long-promised tools for identifying content.

The copyright conundrum arose in early 2015 after Facebook (FB) faced a barrage of criticism over the phenomenon of “free-booting” in which people make copies of clips they see on YouTube (GOOG) and elsewhere, and then upload them as their own to Facebook, where the videos can be seen thousands or millions of times.

In response to the criticism—including an essay called “Theft, Lies, and Facebook Video”—the company in 2015 said it took the intellectual property issues seriously, and that it was expanding tools to help copyright owners protect their content.

Based on the latest proliferation of Rousey clips, though, it’s hard to see how Facebook has made much progress. Unlike similar clips that appear on YouTube, the Facebook fight videos don’t come with advertising, which means the copyright owner is not making any money from them. (YouTube has long had a system called Content ID that flags infringing clips and either remove them or place ads one them).

In response to an email from Fortune, a Facebook spokesperson pointed to a tool it launched in April that lets companies keep track of copyrighted content. The tool, called Rights Manager, lets content owners monitor for unauthorized videos but provides no way to monetize them.

A cynic might suggest that Facebook is deliberating dragging its feet. Recall the company is massively scaling its video output in order to compete with YouTube and Snapchat, and one way to do that is to play fast and loose with copyright concerns—much like YouTube did in its early days.

It’s possible, of course, Facebook has other reasons for the slow rollout. The company has in the past called copyright a “significant technical challenge,” and there are to worry copyright owners could abuse whatever system it introduces. But again, it’s hard to believe a firm like Facebook is getting stumped by engineering challenges.

In the meantime, the company is assuaging the ire of copyright executives by promising a fix is on the way. As the Financial Times reported last week, Facebook and music labels are in talks. But any solution is expected by spring at the earliest.