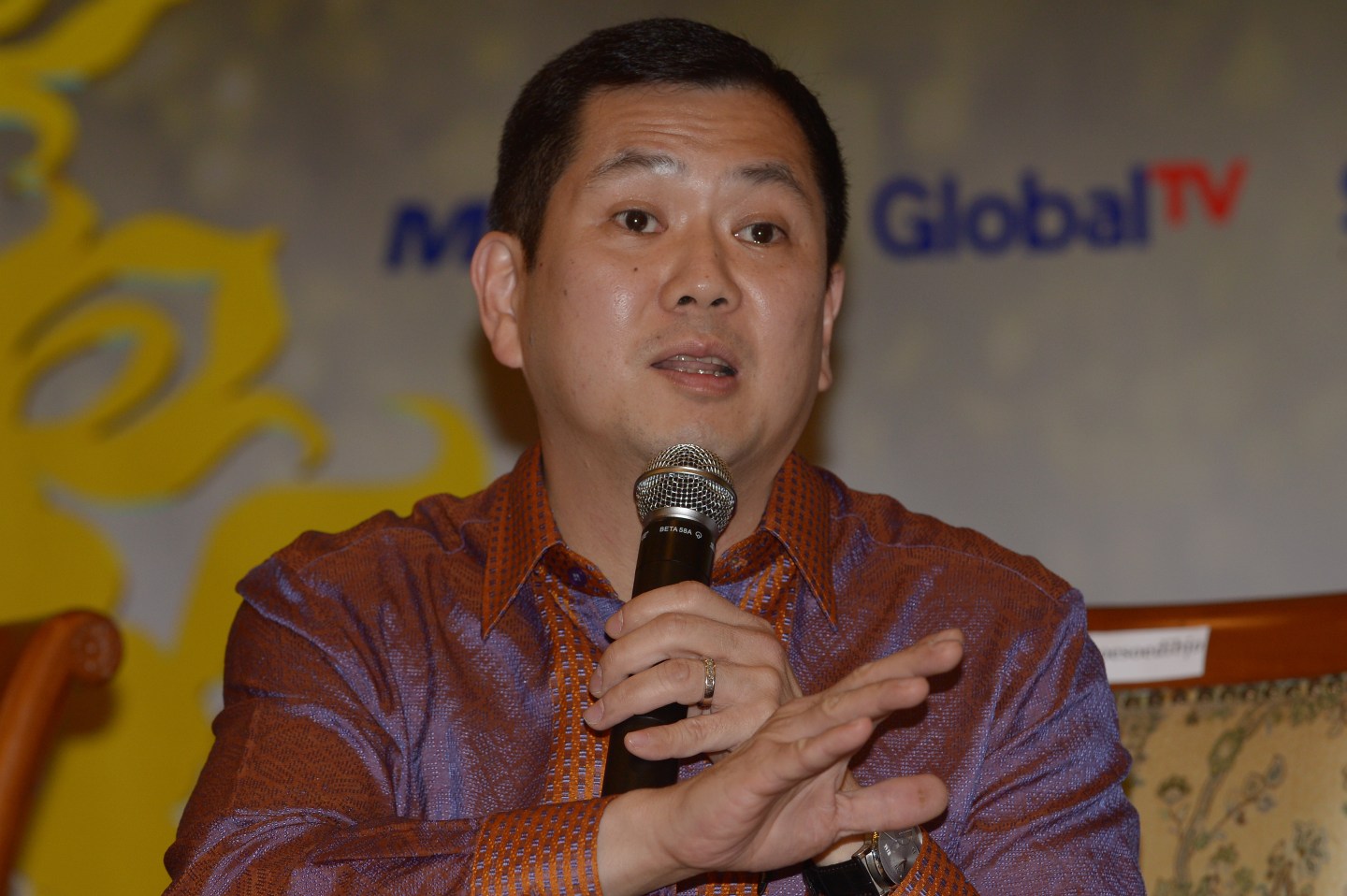 Indonesian Hary Tanoesoedibjo, President of MNC Group and CEO, the main sponsor for the Miss World 2013, speaks to journalists during a press conference in Jakarta on September 16, 2013. Miss World began in Indonesia on September 8 amid tight security after days of Muslim hardline protests that forced authorities to order the whole beauty pageant be held on the Hindu-majority island of Bali. AFP PHOTO / ADEK BERRY (Photo credit should read ADEK BERRY/AFP/Getty Images)
Adek Berry—AFP/Getty Images

Donald Trump’s Indonesian business partner Hary Tanoesoedibjo said he is considering a bid for president in 2019—a move that could raise more questions about how the Trump Organization’s foreign business deals could pose conflicts of interest for the President-elect.

“If there is no one I can believe who can fix the problems of the country, I may try to run for president,” Hary Tanoesoedibjo recently told the Australian Broadcasting Channel.

“We need a leader with integrity who can bring a solution for the country,” he said in the interview.

Tanoesoedibjo—a billionaire who is the local partner on two new Trump Organization resorts in Indonesia—ran for vice president of the country in 2014 and has been organizing his own political party for a possible run in 2019, the New York Times reports. His possible political future has sparked concerns about potential conflicts of interest if his business relationship with Trump becomes a diplomatic one as well.

Trump has said he will step back from his businesses while serving as president, but he has delayed a scheduled announcement about how he plans to do that.