Here’s How Many New Gadgets Will Launch at CES 2017 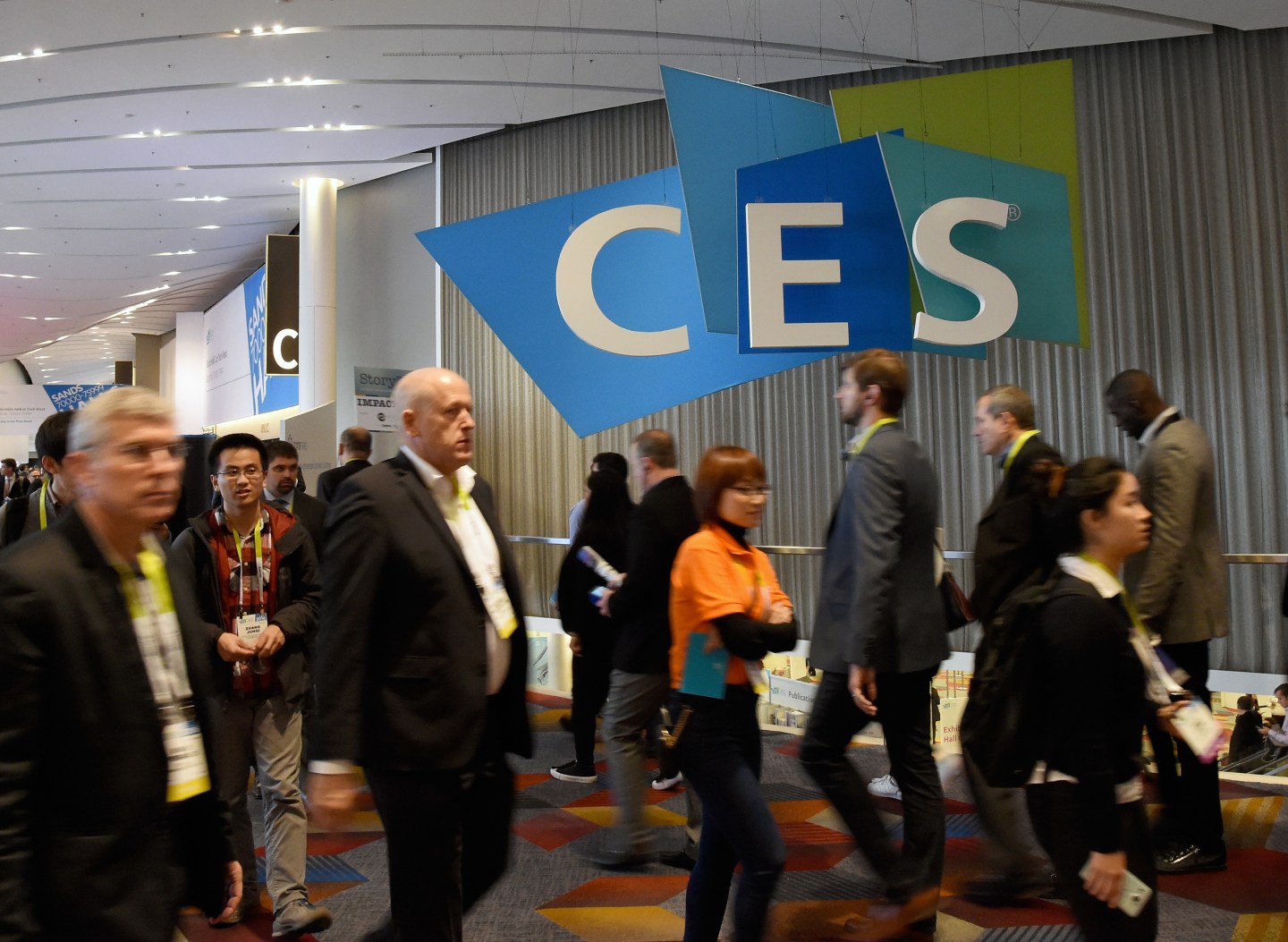 LAS VEGAS, NV - JANUARY 06: Attendees walk past a CES logo at CES 2016 at the Sands Expo and Convention Center on January 6, 2016 in Las Vegas, Nevada. CES, the world's largest annual consumer technology trade show, runs through January 9 and is expected to feature 3,600 exhibitors showing off their latest products and services to more than 150,000 attendees. (Photo by Ethan Miller/Getty Images)
Ethan Miller Getty Images

Earlier this month, the New York Times offered up some bad news for the more than 180,000 people preparing to descend on Las Vegas next week for the world’s largest consumer electronics trade show:

This will no doubt come as a shock to the companies set to launch an estimated 20,000 new gadgets when the Consumer Electronics Show 2017 starts on January 5. For perspective on what Times columnist Farhad Manjoo dubbed the “Gadget Apocalypse,” I called up Shawn Dubravac, chief economist of the Consumer Technology Association, which organizes CES.

Each year, on the eve of CES, Dubravac and his team deliver a dense report full of statistical analysis about the consumer electronics market around the globe. We’ll have to wait a few more days for the detailed data. But in advance of its release, we discussed some of the flaws in the Times’ analysis, and talked about how the gadget market is actually evolving.

In sum: Manjoo has taken the problems experienced by a handful of hardware makers, such as Pebble and GoPro, and extrapolated that into a larger gadget crisis. He also repeated the lament that new gadgets don’t offer the Shazam-like impact of smartphones, a single gadget that massively transforms everyone’s lives.

On the former point, Dubravac flat-out disagrees, just based on the sales numbers that he references above. But beyond that, even if software has become more critical, we still have seen major companies like Google and Amazon and Snap pushing into the hardware space. Content and software remain tightly linked to the success of any hardware. It may be true, as Manjoo argues, that it’s hard to be a company whose sole focus is hardware, but that’s always been true, Dubravac points out.

Regarding Manjoo’s other point, Dubravac says we’re now moving toward an era where it is harder, if not impossible, to create a gadget that is going to have mass market appeal, particularly on the scale of something like the iPhone. Most of the gadgets introduced this year will die a quick death. It’s unlikely that the ones that live on will ever become mass market products.

“There are lower ownership rates in these other categories,” he said.

Amazon’s Echo products are a good example. They have proved to be a surprise hit, and many were sold out through the holidays. It’s true that the universe of potential buyers and owners is likely to remain small. But they only become failures if you compare them to the millions of smartphones being sold around the globe.

Instead, Dubravac sees gadgets becoming more like building blocks. Different consumers will begin to select different ones that fit their lives. As people add more and more devices, they are beginning to gradually lay the foundation for things like smart homes.

It used to be that the idea of the smart home involved installing tons of wires in the walls to network an array of very expensive appliances that had to be purchased concurrently. Now, people are doing this step by step, aided by increasingly robust Wi-Fi systems. Dubravac said he is expecting a lot of announcements this year at CES about more powerful Wi-Fi options that won’t necessarily grab big headlines but that will enable that steady expansion of gadget connectivity.

These networked gadgets are also being driven by the rapid advances in voice recognition technologies. In 2013, the standard word-error rate for voice recognition had dropped to around 25 percent, Dubravac said. More recently, Microsoft announced that it had lowered that to almost 5 percent.

“We’ve seen more progress in the last 43 months than we saw in the first 30 years,” Dubravac said. “And that enables these hub devices [like Google Home and the Amazon Echo].”

As those networks of gadgets increase, they will begin to support use cases that we probably can’t even predict at this point. Dubravac points to the iPhone as a recent example of this.

Back when Apple founder Steve Jobs first announced the iPhone, he said it was a combination of three gadgets: an iPod, a phone, and an internet communications device.

One thing he didn’t really highlight: the camera.

Nowadays, much of the hype around the iPhone upgrades and its marketing campaigns focuses on the increasingly powerful camera. That has driven an explosion in the number of photos we’ve taken, which in turn drives sharing on Facebook and Twitter and has laid the foundation for growing use of mobile video. And with the front-facing camera, we got Snap and (gods help us!) the tidal wave of selfies.

“They did not foresee at that time and in that way that the iPhone would become the default camera for a large number of users,” Dubravac said. “We underestimate the flow of innovation. There’s a tremendous amount of experimentation that happens in the world of gadgets. And it’s only after that experimentation that we discover some of the use cases.”