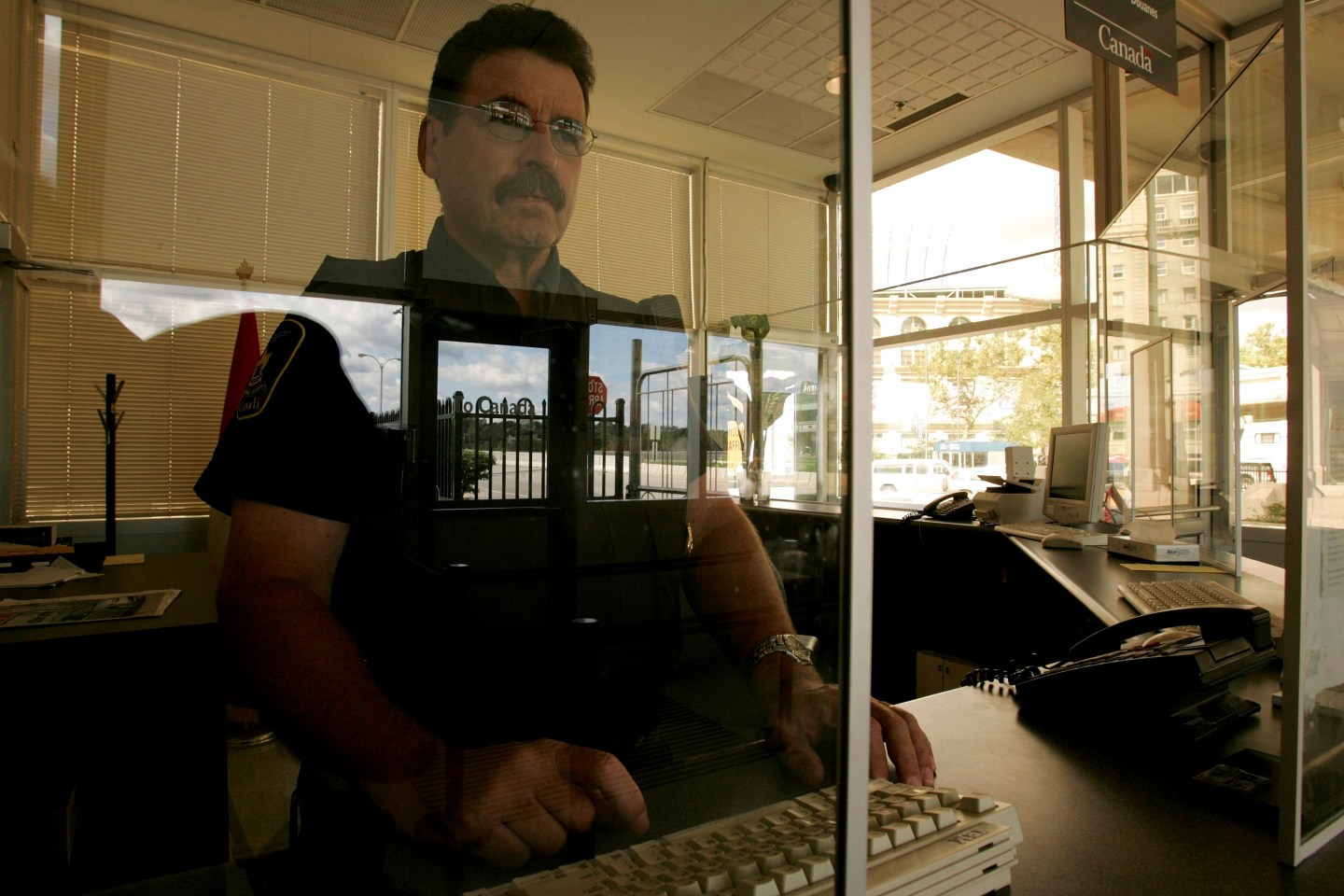 Starting this week, the federal government began asking some travelers to the U.S. to supply details about their social media accounts. As you can see below, Uncle Sam now wants visitors to disclose their presence on popular services like Facebook, Instagram and Twitter in what appears to be a long shot attempt to screen for terrorists.

The collection of social media data, which was first proposed by Homeland Security this summer, does not apply to U.S. citizens. Instead, it is for now aimed at foreigners from 32 countries who apply to arrive in the U.S. under the “visa waiver program”—an online tool that lets short-term visitors skip the formal process of applying for a visa.

Here is a screenshot from the online application that shows a list of social networks in the drop-down menu:

The social networks include VKontakte, which serves as Russia’s Facebook, as well as JustPaste.it, a text-sharing tool that is popular with the terrorist group ISIS. Meanwhile, the form also lists little-used services like Vine and Google+ but omits the wildly-popular Snapchat.

Even though the request for social media information is optional, the program has attracted intense criticism from the tech industry and civil liberties groups. The critics point out that social media profiles can reveal deeply personal information—sexual orientation or political viewpoints, for instance—and that the collection program could lead other countries to impose similar requirements. As a result, Americans traveling abroad could have to hand over their Facebook profile to enter a country.

Meanwhile, it’s unclear if the program, first reported by Politico, will improve security. The reason is that would-be terrorists, even a dim-witted ones, would be unlikely to disclose their social media profile to the U.S. government.

The 32 countries affected by the visa waiver program are mostly European and affluent ones. So far, the request for social media information doesn’t appear to apply to citizens of Canada and Mexico, who need a passport but not a visa or visa waiver to enter the U.S.