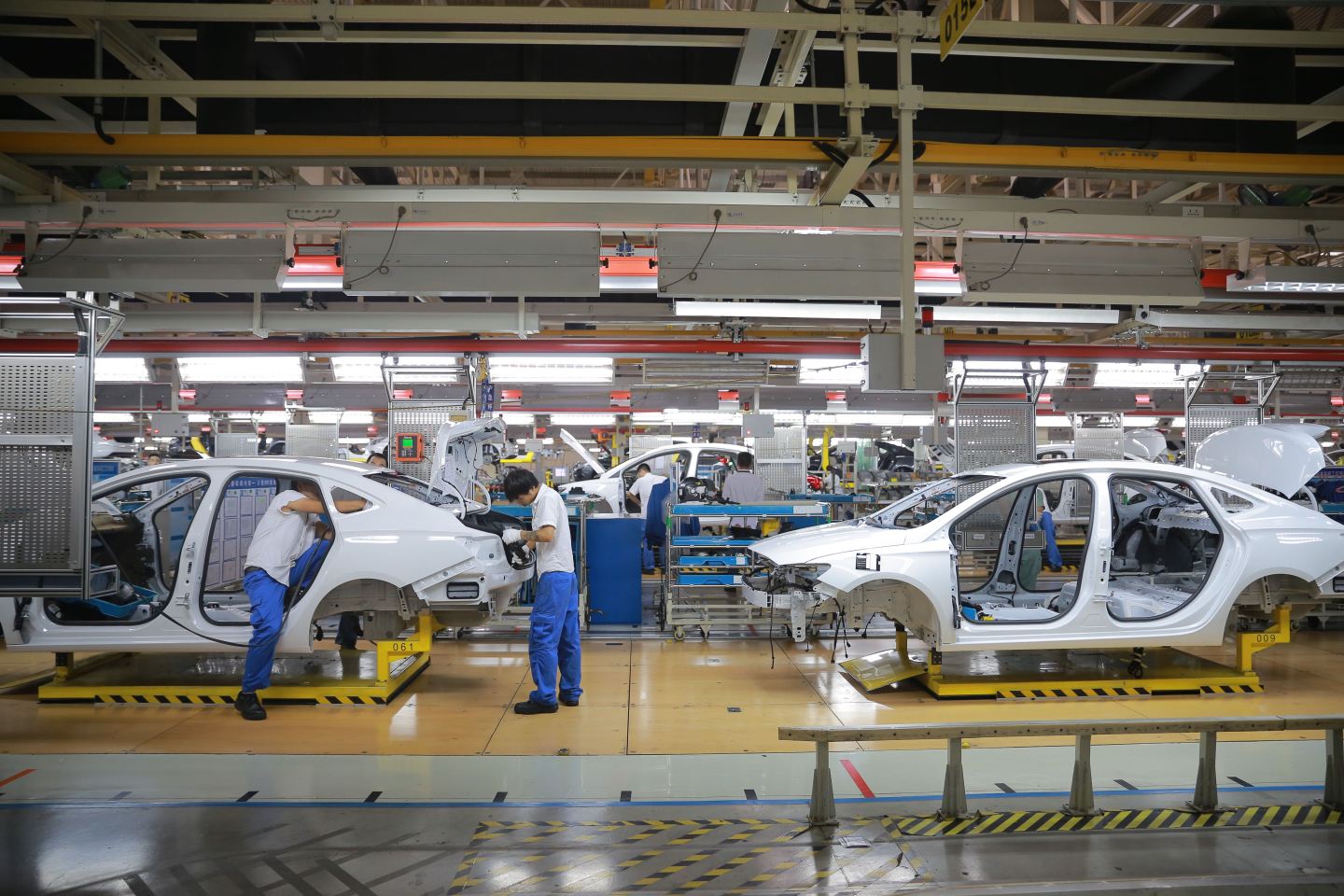 --FILE--Chinese factory workers assemble Buick cars on the assembly line at an auto plant of SAIC-GM, a joint venture between SAIC Motor and General Motors, in Shenyang city, northeast China's Liaoning province, 24 August 2016. China's industrial output grew the fastest in five months in August as demand for products from coal to cars rebounded thanks to higher government spending and a year-long credit and property boom. Industrial output rose 6.3 percent in August from a year earlier, the National Bureau of Statistics said on Tuesday, surprising analysts who had expected it to pick up only slightly to 6.1 percent.Retail sales also handily beat expectations, with growth accelerating to 10.6 percent from 10.2 percent the previous month. Analysts had forecast an increase of 10.3 percent.
Photograph by Deng Xinchun—Imaginechina/AP

“GM fully respects local laws and regulations wherever we operate,” the U.S. automaker said in an emailed statement. “We will provide full support to our joint venture in China to ensure that all responsive and appropriate actions are taken with respect to this matter.”

SAIC did not immediately respond to a request for comment.

The fine follows comments by U.S. President-elect Donald Trump questioning the “One China” policy and his naming of Peter Navarro, a hardliner on trade with China, as a trade adviser, although there is no evidence that the penalty is a form of retaliation.

Auto industry sources have told Reuters the investigation was already underway before Trump’s recent comments, although it has raised fears that China could be seizing on the case to send a shot across the bow of the incoming U.S. administration.

The penalty is the latest against automakers after the commission began investigations in 2011, with Audi , Daimler’s Mercedes-Benz, Toyota Motor, and one of Nissan Motor’s joint ventures previously being targeted.